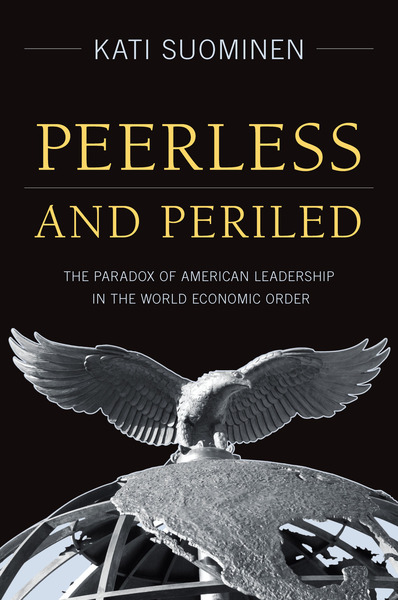 As the world economy emerges from the financial crisis, critics are announcing an end of the American era. The United States is said to be in an inexorable decline, and the expectation for the 21st century is for China to eclipse America and for the contours of global governance to blur. The loss of America's preeminent status will undercut our sway abroad and our safety and standard of living at home. But is America really done? Is the American era really over?

In this provocative account, based on interviews with senior policymakers and cutting-edge research, Kati Suominen argues that talk of the end of Pax Americana is more smoke than fire. The international crisis did not fundamentally change the way the world is run. The G20 is but an American-created sequel to the G8, the US dollar still reigns supreme, and no country has resigned from the US-built, post-war financial institutions like the International Monetary Fund. This continuity reflects an absence of alternatives; there are no rival orders that would match the growth and globalization generated by leaving the United States at the helm.

But Washington has no time for complacency. The American order is peerless, but it is also imperiled. To transcend this critical moment in history, the United States must step up and lead. Only America can uphold its order. In an interdependent world economy of rising powers, the US must stand for strategic multilateralism: striking deals with pivotal powers to tame destabilizing financial imbalances, securing free and fair markets abroad for US banks and businesses, and transforming the IMF and emerging Asian and European financial schemes into rapid responders to instability.

Kati Suominen serves as Resident Fellow in Economics at the German Marshall Fund and as American Assembly's Next Generation Fellow. From 2003 to 2010, she was a Trade Economist at the Inter-American Development Bank, where she advised senior economic policymakers around the world, led the Bank's global and Asia-Pacific trade policy research, and originated and executed loans for trade and competitiveness across the Americas. She has published eight books, most recently Globalization at Risk: Challenges to Finance and Trade, and has spoken in leading business and policy forums across the Americas, Asia, and Europe. A frequent contributor to VoxEU.org, Suominen has been interviewed by CNN, Bloomberg, BBC, Financial Times, Time, US News and World Report, USA Today, Washington Post, and Politico.

"Peerless and Periled goes right to the heart of the most substantive issues surrounding the international financial crisis, and what steps the United States must take to secure a prosperous future. Suominen's analysis will be praised by experts in current affairs, but this book excels because it is accessible to the smart and skilled everyman."

"The experts warn us: 'The Chinese are coming!' But Suominen demonstrates that American leadership is far less threatened by Chinese successes than by American failures. Resolute citizens and inspired leaders can overcome American shortcomings, and the nation can hold its preeminence for decades to come."

"Kati Suominen's book of truly breathtaking scope makes a compelling case that the United States remains the linchpin of the global financial and economic system. Suominen explains the key policy steps needed to sustain American economic vitality—for the good of the U.S. and the entire world." 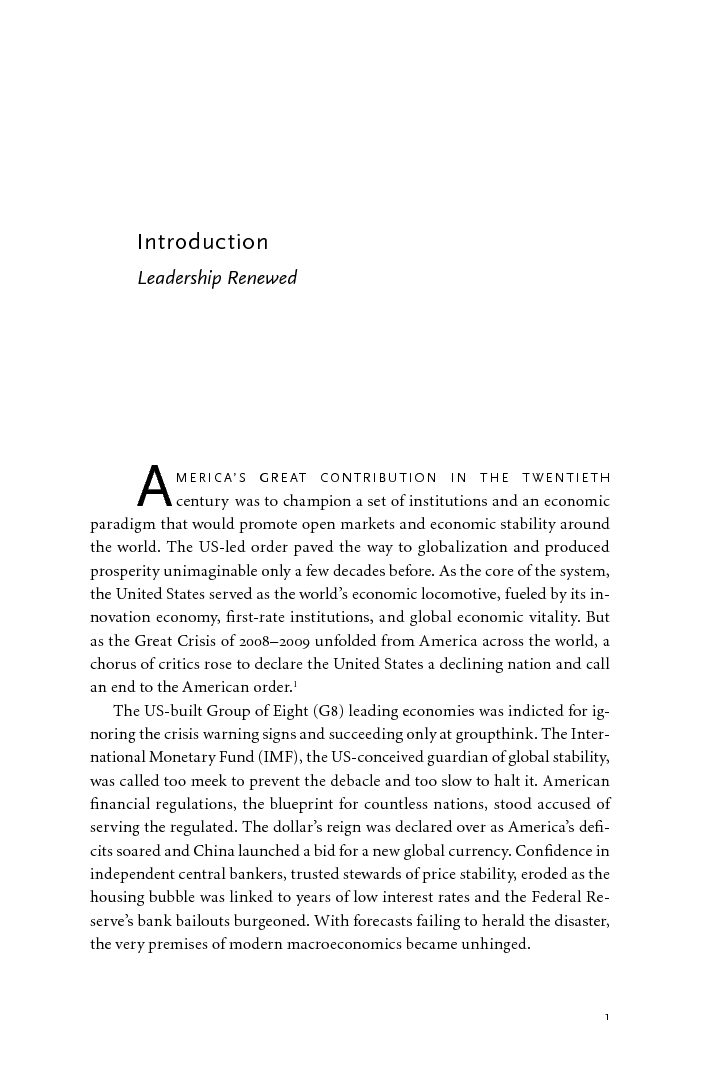 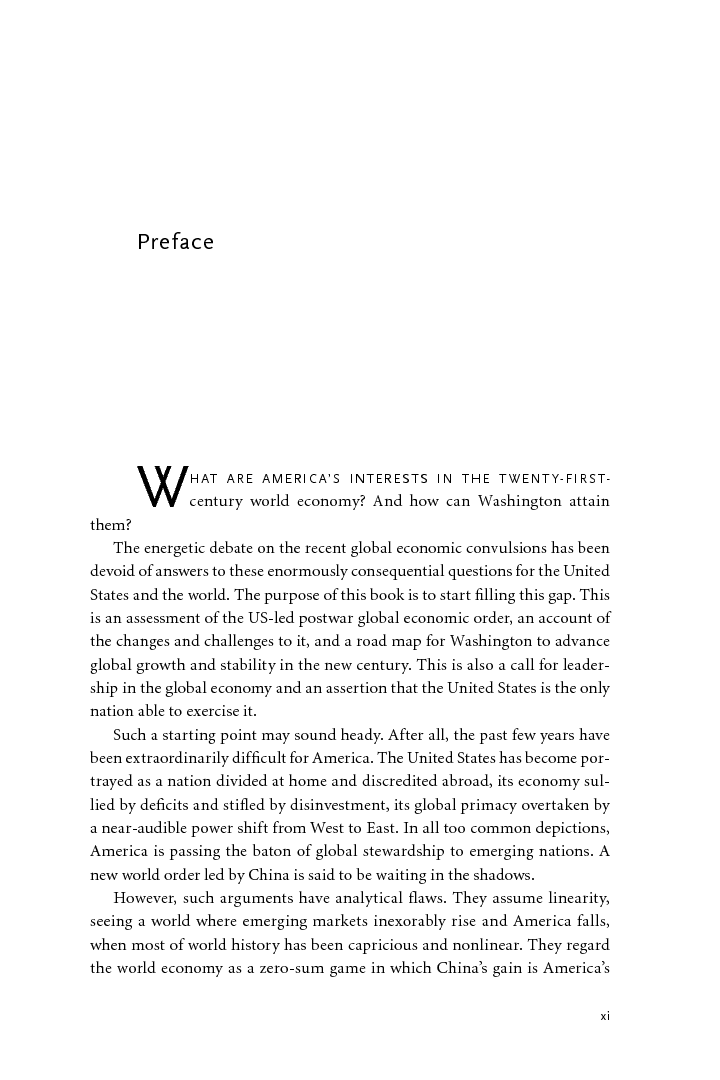 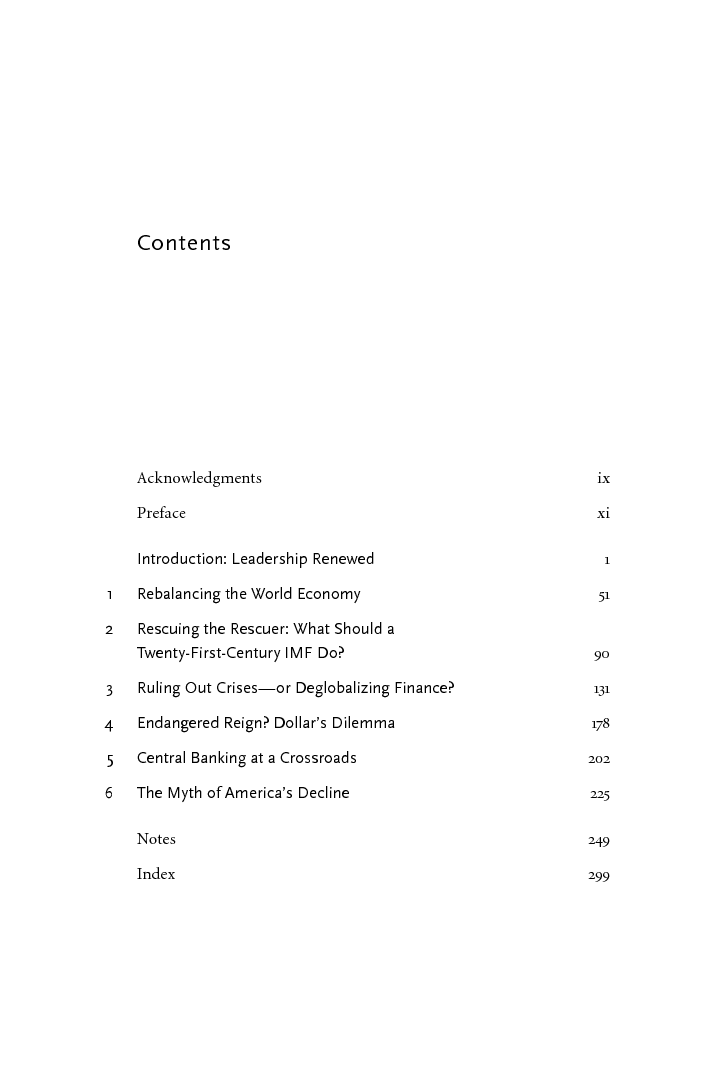