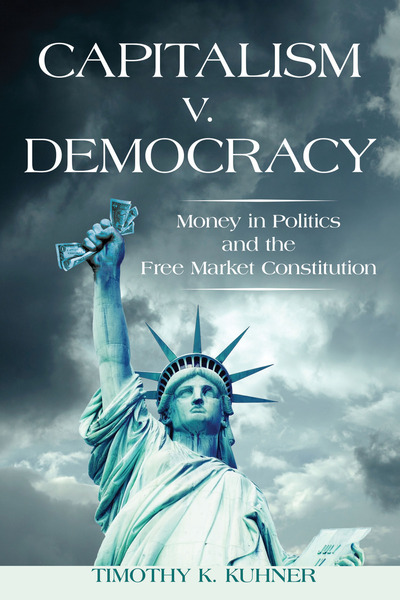 As of the latest national elections, it costs approximately $1 billion to become president, $10 million to become a Senator, and $1 million to become a Member of the House. High-priced campaigns, an elite class of donors and spenders, superPACs, and increasing corporate political power have become the new normal in American politics. In Capitalism v. Democracy, Timothy Kuhner explains how these conditions have corrupted American democracy, turning it into a system of rule that favors the wealthy and marginalizes ordinary citizens. Kuhner maintains that these conditions have corrupted capitalism as well, routing economic competition through political channels and allowing politically powerful companies to evade market forces. The Supreme Court has brought about both forms of corruption by striking down campaign finance reforms that limited the role of money in politics. Exposing the extreme economic worldview that pollutes constitutional interpretation, Kuhner shows how the Court became the architect of American plutocracy.

Capitalism v. Democracy offers the key to understanding why corporations are now citizens, money is political speech, limits on corporate spending are a form of censorship, democracy is a free market, and political equality and democratic integrity are unconstitutional constraints on money in politics. Supreme Court opinions have dictated these conditions in the name of the Constitution, as though the Constitution itself required the privatization of democracy. Kuhner explores the reasons behind these opinions, reveals that they form a blueprint for free market democracy, and demonstrates that this design corrupts both politics and markets. He argues that nothing short of a constitutional amendment can set the necessary boundaries between capitalism and democracy.

Timothy K. Kuhner is Associate Professor at Georgia State University College of Law. He teaches mainly in the areas of international and comparative law. Before moving to Atlanta, Tim spent three years as Associate Professor of Anglo-American Law at the University of Navarra in Spain. During this time, he researched the role of money in politics in Western European democracies. Educated at Bowdoin College and Duke Law School, but inspired by foreign viewpoints, Tim brings a wide-ranging, critical perspective to the study of democratic integrity.

"In Capitalism v. Democracy, Professor Timothy Kuhner convincingly shows that by blurring the line between economic and democratic values and rationalities, the legal regime governing money in politics has made this corrosion manifest. Professor Kuhner's impressive book brings economic and political theory to bear on the evolution of the constitutional law of democracy, which he argues not only permits but "amplifie[s]" the substitution of democratic values for free-market notions of economic competition in the political sphere . . . Professor Kuhner's timely book will interest scholars and reformers alike."

"This book made me realize just how dangerous supreme courts can be for matters of inequality and democracy."

—Thomas Piketty, Author of Capitalism in the Twenty-First Century

"Law professor Timothy Kuhner has written an exhaustive, learned analysis of the Supreme Court's campaign finance jurisprudence, drawing on legal, political science, and economics perspectives. It is at the same time a sustained, passionate polemic against the contributions of the Roberts Court to that jurisprudence . . . The book is essential for those interested in election law or campaign finance reform, and makes useful contributions in the fields of political economy and democratic theory."

"As informed and informative as it is thoughtful and thought-provoking, Capitalism v. Democracy: Money in Politics and the Free Market Constitution is a minor masterpiece of political science and judicial scholarship. A seminal contribution to academic library collections, Capitalism v. Democracy is exceptionally well-written, organized, and presented, making it ideal for the non-specialist general reader seeking a better and non-partisan understanding of the impact money has on democracy and the American political system."

"Timothy Kuhner is one of today's most important young legal thinkers. Bringing a highly sophisticated understanding of both law and economics to bear on the critical relationship between democracy and the 21st century marketplace, Capitalism v. Democracy avoids easy answers and empty slogans. A must-read for anyone concerned with the health of American constitutional democracy, regardless of political inclinations."

"After Citizens United and McCutcheon, it is essential to think about the relationship of money to politics and the rights of corporations in our constitutional democracy. Timothy Kuhner has written a brilliant examination of these issues. All concerned with American democracy (which should be all of us) need to read this insightful book about political power at a time when money, and the corporations that possess it, have increasing influence."

"This powerfully written work teaches us a fundamental lesson about American politics today: that the demand for reform is not partisan. From the Right and Left, Kuhner shows why the rules that corrupt both democracy and capitalism must change." 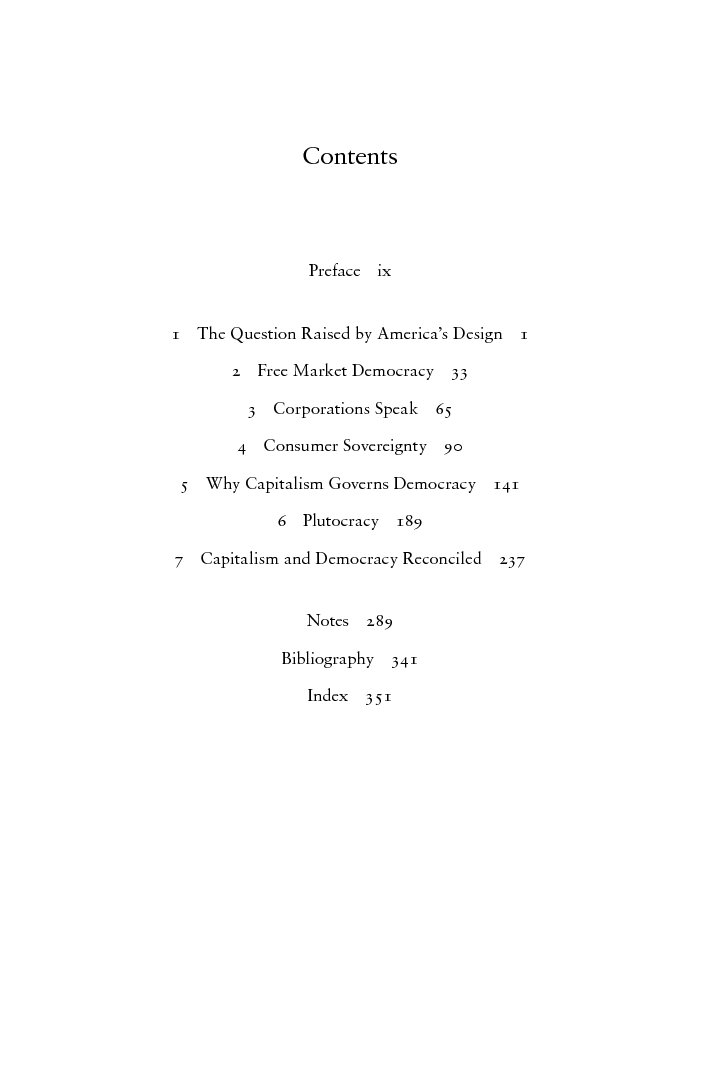 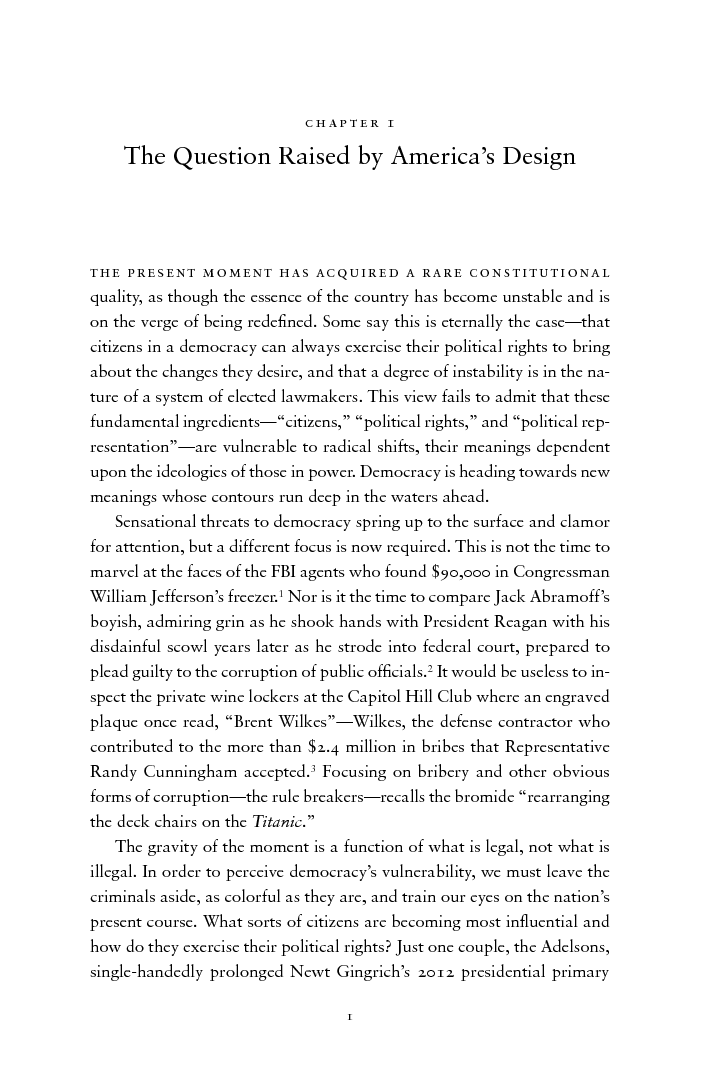 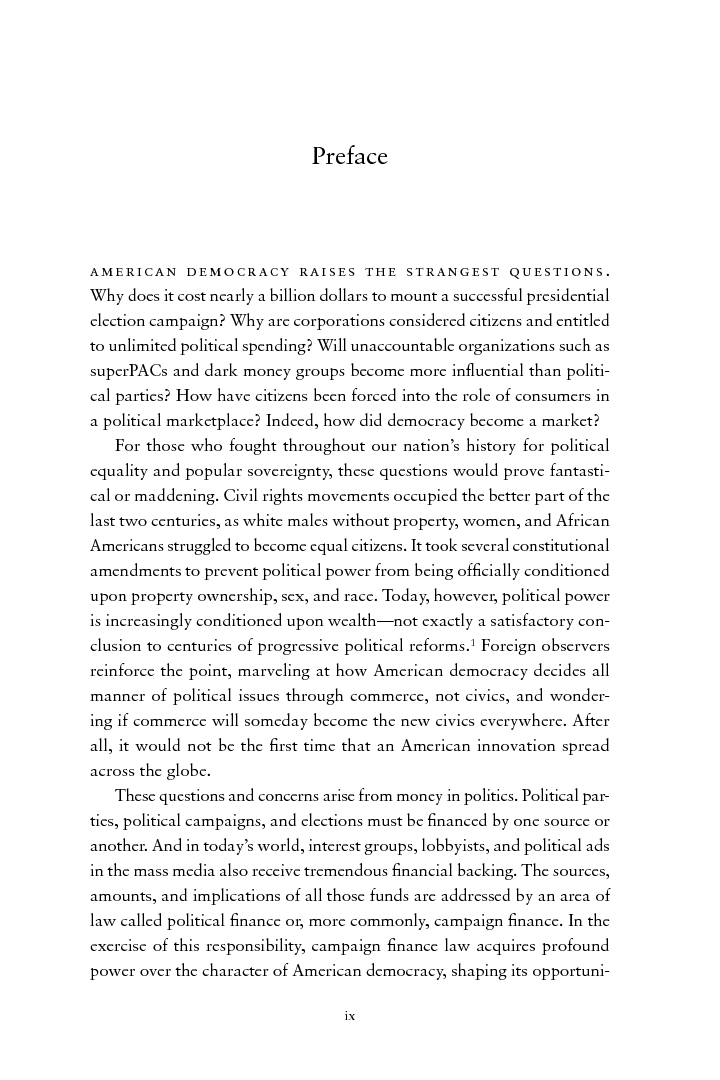 A New Era of Political Exclusion