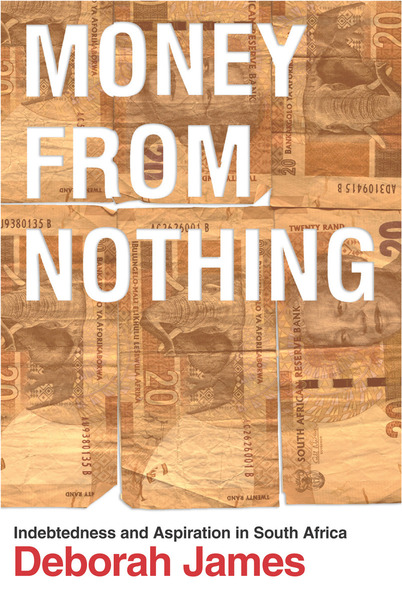 Money from Nothing
Indebtedness and Aspiration in South Africa
Deborah James

Winner of the 2016 The Fage & Oliver Prize, sponsored by the African Studies Association of the UK.

Money from Nothing explores the dynamics surrounding South Africa's national project of financial inclusion—dubbed "banking the unbanked"—which aimed to extend credit to black South Africans as a critical aspect of broad-based economic enfranchisement.

Through rich and captivating accounts, Deborah James reveals the varied ways in which middle- and working-class South Africans' access to credit is intimately bound up with identity, status-making, and aspirations of upward mobility. She draws out the deeply precarious nature of both the aspirations and the economic relations of debt which sustain her subjects, revealing the shadowy side of indebtedness and its potential to produce new forms of oppression and disenfranchisement in place of older ones. Money from Nothing uniquely captures the lived experience of indebtedness for those many millions who attempt to improve their positions (or merely sustain existing livelihoods) in emerging economies.

Deborah James is Professor of Anthropology at the London School of Economics. Her previous books include Gaining Ground? "Rights" and "Property" in South African Land Reform (2007) and Songs of the Women Migrants (1999). She has written for the Mail and Guardian and has appeared in Laurie Taylor's Thinking Allowed, on the BBC.

"Partly perhaps because of its history, Africa (southern Africa in particular) has been a fertile region for work by social anthropologists on economic tops. This book is an especially good exemplar . . .The [book] is a highly readable account of the formal and informal institutions of credit and indebtedness - as well as the networks of obligation, reciprocity, and rejection - enlivened throughout by vignettes and analysis derived from her ethnographic fieldwork . . . Highly Recommended."

"[A] new book by Deborah James [...] puts South Africa's debt industry under a microscope . . . James is an an anthropologist at the London School of Economics, so her book, Money From Nothing — Indebtedness and Aspirations in South Africa, present a more nuanced perspective than we're accustomed to getting from bank-employed economists or trade unionists."

"Credit, and its flip side, debt, emerges as a fundamental lens to understand the workings of both social mobility and economic disenfranchisement, precariously inter-twined in the New South Africa. James makes complex theory accessible, combining it with page-turning ethnography—utterly captivating!"

"South Africa, the most unequal society in the world, has recently launched a consumer credit boom. Property rights have been strengthened, but debtors lack the legal protection that is normal elsewhere. Deborah James's much needed ethnography reveals what it feels like to be on the receiving end of this boom for the banks."

"Money from Nothing offers the most comprehensive, multi-angled study that we have of new initiatives in credit and debt in a poor population. It will be a key source for all who concern themselves with the debt nexus, as lived."

"In closing, Money from Nothing is an outstanding ethnography which accounts for the relationship between micro and macro political-economy with implications for the everyday social life of money...James's meticulous ethnography and fine scholarship leaves readers with a sense of understanding of the South African economic context amidst the chaos of the dualities that exist in post-apartheid South Africa. I strongly recommend this scholarly work to those engaging in discourse on post-apartheid South Africa, political-economy and cultural-economy." 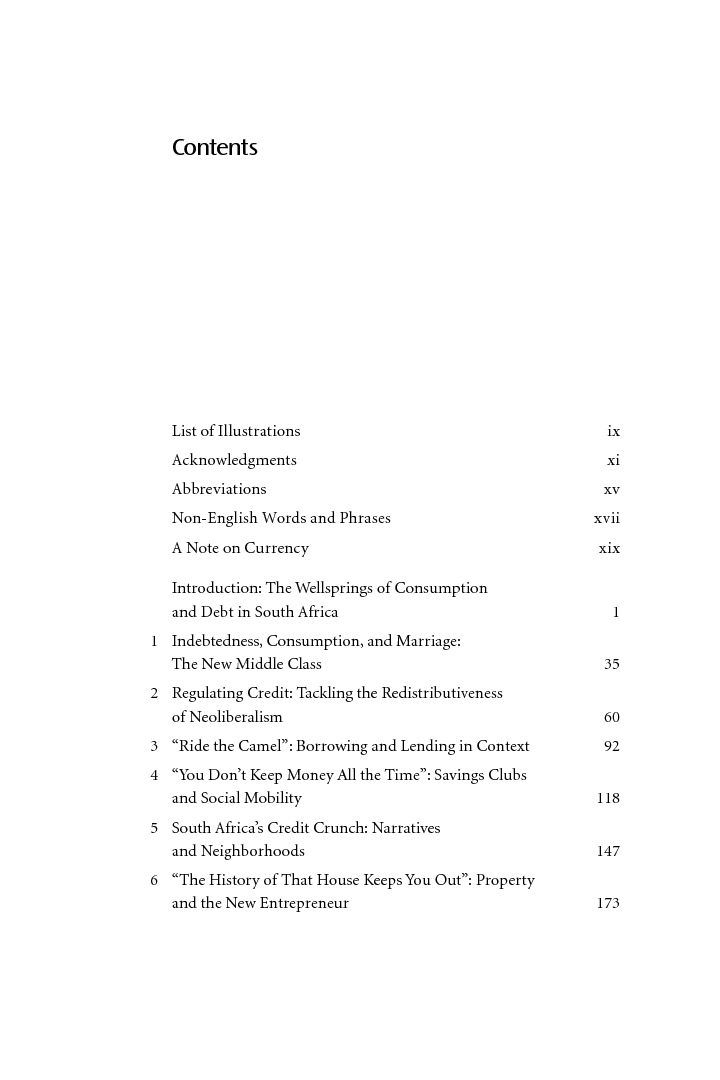 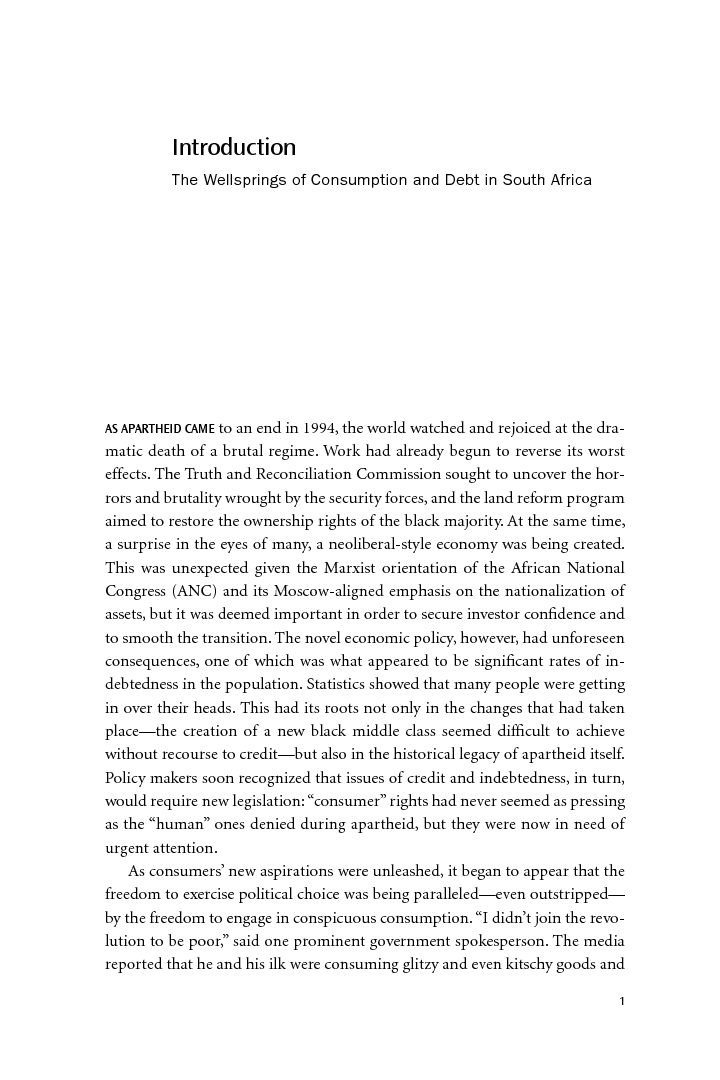 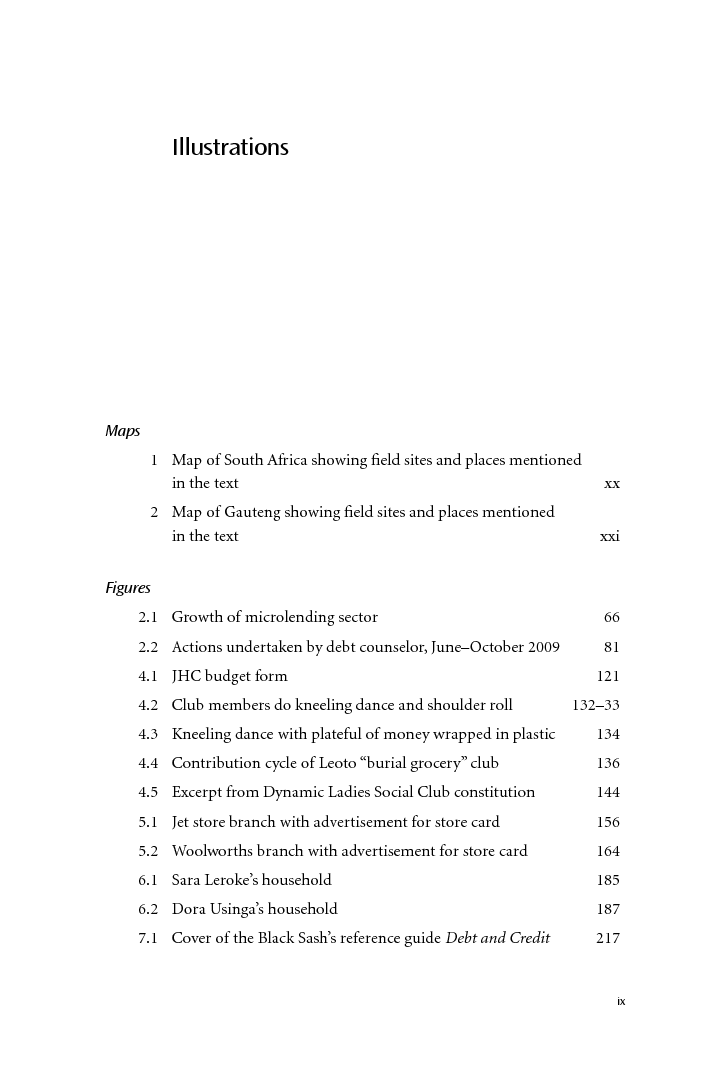 Review: Money from Nothing, Part 1 of 2

Allegra Lab
Review: Money from Nothing, Part 2 of 2