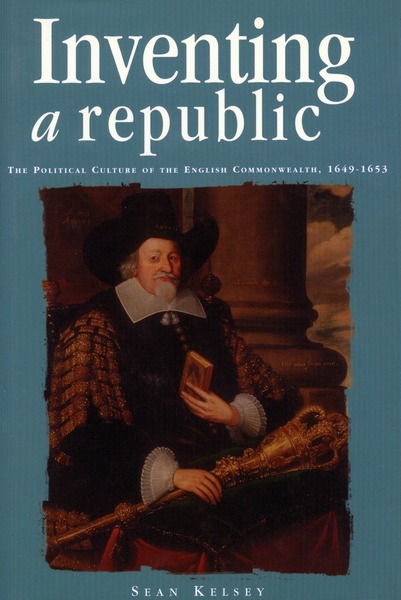 Inventing a Republic
The Political Culture of the English Commonwealth, 1649-1653
Sean Kelsey

This book provides a fresh reassessment of English politics and political culture during the Commonwealth—the brief period of parliamentary republican rule (with no monarch, royal court, or House of Lords) between the execution of Charles I in 1649, and Cromwell’s seizure of power in 1653.

It focuses particularly on the problem of how to legitimate governmental authority in the absence of a monarchy and in the absence of all the symbolic and ceremonial forms through which authority had traditionally been expressed and exercised. Finally, the author argues that the Commonwealth regime was not in fact the corrupt administrative failure that it was alleged to have been by its enemies and later by many historians; instead the republican experiment was brought down by a faction no less intent on enjoying the spoils of the Stuart regime, anxious about the Commonwealth’s successes rather than alarmed by its failures.

The English revolution demolished almost all political landmarks, and this book describes in vivid detail how the new republican state successfully restored the dignity of civilian government by expressing its authority through a calculated range of imagery and symbolism. Individual chapters focus on the occupation and revival of the abandoned royal palace of Whitehall by members of the new regime; the public spectacle mounted to celebrate its military victories; the ritual and ceremony with which it dignified everyday politics; and the invention of a new state iconography to replace familiar forms such as the crown and the royal seal.

These efforts of the Republic to graft its own symbols and rhetoric onto the familiar political culture of the monarchical Stuart state secured an increasingly broad degree of support and, indeed, enthusiasm from its citizens. However, the steady growth of the regime’s stability and prestige was seen by the army as a threat to its power, and in 1653 they acted, lest the Republic continue to harden into an unassailable form.

Sean Kelsey is a Lecturer in History at the University of Wales.