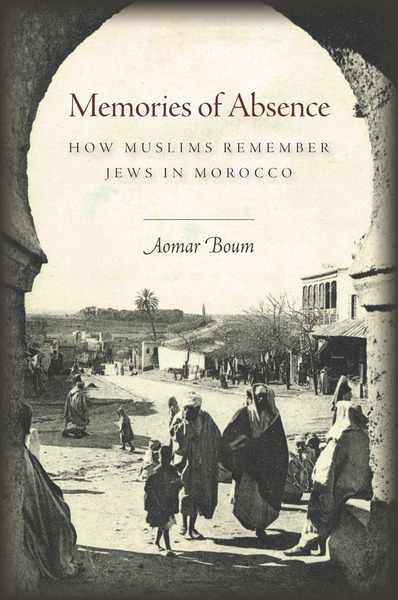 There is a Moroccan saying: A market without Jews is like bread without salt. Once a thriving community, by the late 1980s, 240,000 Jews had emigrated from Morocco. Today, fewer than 4,000 Jews remain. Despite a centuries-long presence, the Jewish narrative in Moroccan history has largely been suppressed through national historical amnesia, Jewish absence, and a growing dismay over the Palestinian conflict.

Memories of Absence investigates how four successive generations remember the lost Jewish community. Moroccan attitudes toward the Jewish population have changed over the decades, and a new debate has emerged at the center of the Moroccan nation: Where does the Jew fit in the context of an Arab and Islamic monarchy? Can Jews simultaneously be Moroccans and Zionists? Drawing on oral testimony and stories, on rumor and humor, Aomar Boum examines the strong shift in opinion and attitude over the generations and increasingly anti-Semitic beliefs in younger people, whose only exposure to Jews has been through international media and national memory.

Aomar Boumis Maurice Amado Chair in Sephardic Studies in the Departments of Anthropology, Near Eastern Languages and Cultures, and History at the University of California, Los Angeles.

"Memories of Absence makes a much-needed contribution to the scholarship on Middle Eastern and North African Jewries. Moreover, Boum writes his setting so vividly that the reader can picture herself sitting at the cafe in Akka fending off flies and listening to the Hajj Muhammad's tales along with him. Further, he skillfully employs his arguments while never letting it subsume them."

"Groundbreaking . . . The book navigates truthfully and openly between the deception of nostalgia and the duty to confront reality, with complicated issues of identity, anti-Semitism, and a memory at play . . . At times, I felt like I was reading a novel; it seemed the only way to tell this story, counter to historical/archival accounts, which never serve biological memory, but rather disturb it."

"Aomar Boum's Memories of Absence: How Muslims Remember Jews in Morocco contributes admirably to the growing scholarship on the enduring significance of Jewish historical presence in North Africa . . . The circumscribed ethnographic scope of the book provides a window onto a broadly conceived notion of memory and wide-angled attention to its carriers . . . Scholars interested in the current state of affairs in the ethnography and historiography of Jewish North Africa will find many of the major themes addressed in this book."

"By focusing on memories and views of regular Moroccan Muslim men, whether they knew Jews or not, this book is an important contribution to the study of Jewish-Muslim relations from a Muslim point of view."

"Based on fieldwork conducted in southern Morocco buttressed by extensive archival research that includes previously unknown documents, this work makes important contributions to several fields, including Moroccan history, legal anthropology, and Jewish studies. Scholars in the interdisciplinary collective memory field will find this an essential text, and those interrogating the development of racism and anti-Semitism will find Boum's conclusions sobering . . . In sum, this is a beautifully written book that contributes to multiple scholarly fields. It presents a society whose collective memory is fractured by generational divides. The absence of Jews in contemporary Morocco has led to a disconnect between the generations, the oldest of whom remember friends and neighbors and create museums in their memory, the youngest of whom have reduced Jews to caricatures stripped of any long-standing tie to Morocco. For these young Moroccans, the idea that Jews could be indigenous Moroccans is now an alien concept. Boum underscores the role of everyday interaction in preventing the propagation of long-standing animosity."

"Nothing short of extraordinary, Memories of Absence is theoretically sophisticated, empirically rich, and infinitely sensitive to its subjects. A necessary and wonderful work for all invested in Muslim-Jewish relations, the cultures of North Africa, and the shaping of trans-generational memory in the contemporary world."

"Aomar Boum says something truly new about the Moroccan Jewish past. He does not shy away from asking—and answering—hard questions about what local, regional, and national identities actually consist of, who they encompass and why, their internal contradictions, and their changing meanings. This is a highly original and important contribution."

"In Memories of Absence, Aomar Boum empathetically traces the intimate—if often fraught—relations between Muslims and Jews across the southern oases of Morocco from the eighteenth century to the mass departure for Israel in the early 1960s. Boum assembles a unique archive of documents from threatened personal collections of letters and manuscripts to portray a lost social world of legal syncretism and community cohabitation. Masterfully weaving together fields of sociolinguistics, semiotics, ethnohistory, and anthropology into an eminently readable narrative, Boum reveals the various afterlives of Moroccan Jewish culture in ongoing museum projects, national festivals, and state-level politics. Memories of Absence thus makes a substantial contribution to study of the social life of memory."

"Aomar Boum's impressive work not only fills a gap in the historical understanding of Jews in Morocco, but also challenges the traditional dominant perception of Jews; it restores their crucial historical role in building the Moroccan nation. This book helps transform the current ideas on Moroccan Jews and reorganizes existing knowledge in the study of the Jewish diaspora." 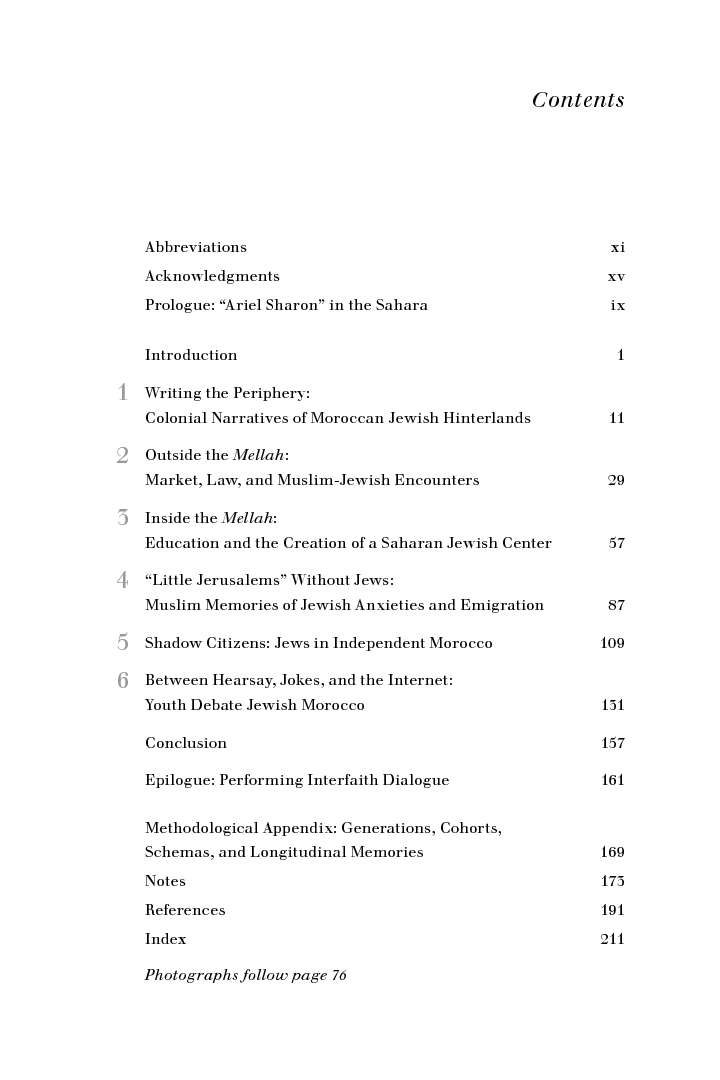 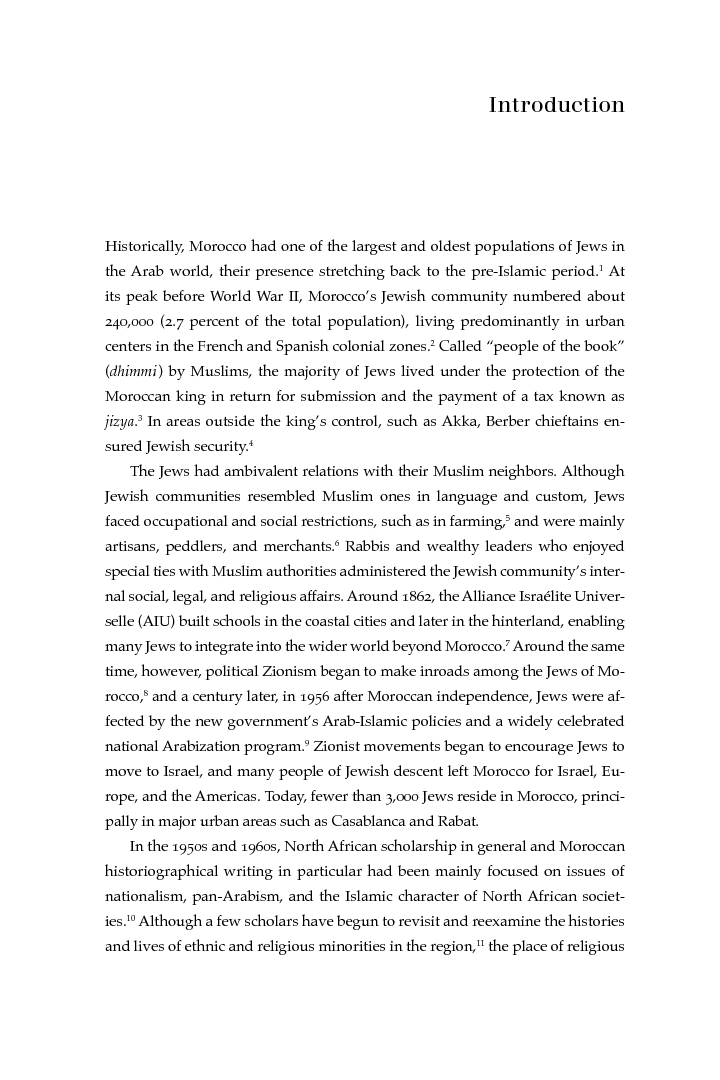 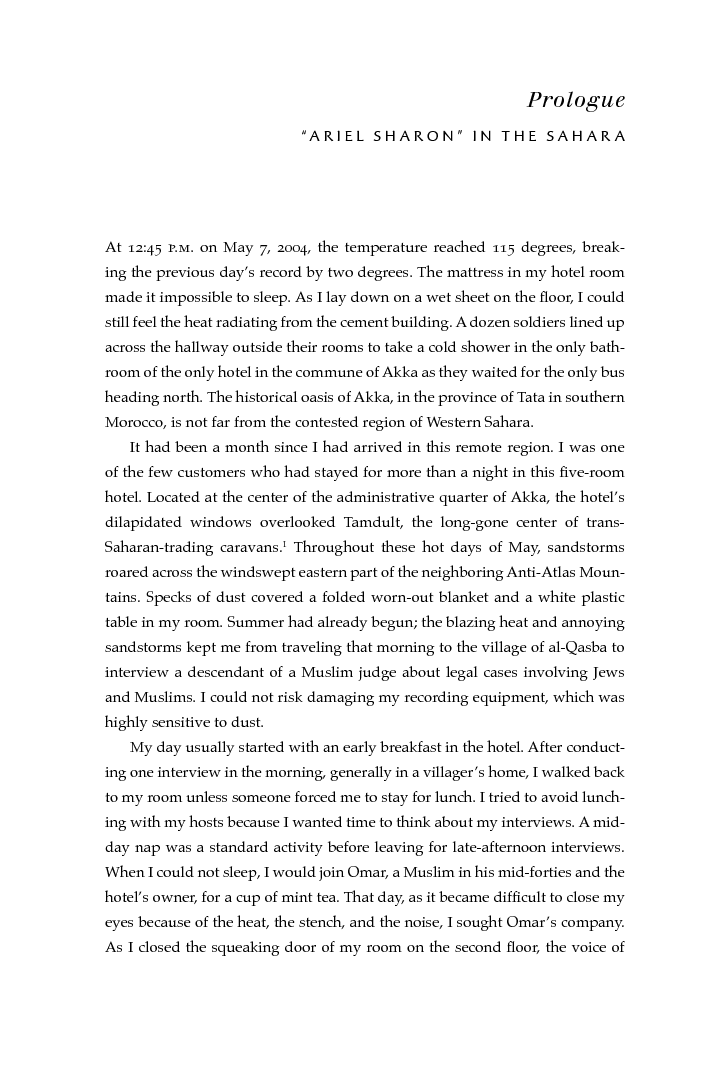