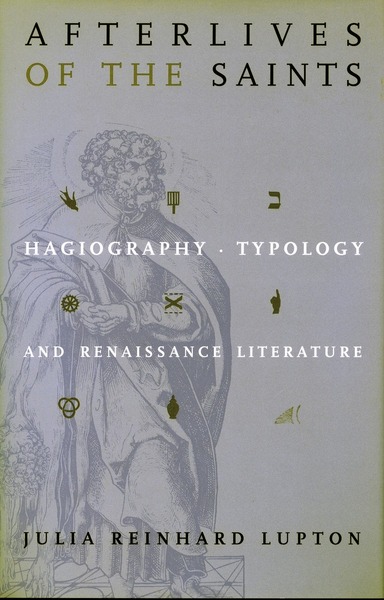 This book examines the ways in which the literary genre of hagiography and the hermeneutical paradigm of Biblical typology together entered into the construction of “the Renaissance” as a canon and period. It is not about saints’ lives in themselves, as either literary or historical phenomena, but instead addresses the structural effects of hagiography in the secular literature of the Renaissance.

The central texts analyzed—Boccaccio’s Decameron, Vasari’s Lives of the Artists, and Shakespeare’s Measure for Measure and The Winter’s Tale—all manifest key moments and aspects in the creation of a Renaissance canon for the post-Renaissance world. The epochal significance of these works, saturated in religious allusions as well as scenes of profane life and classical art, is shown to rest in neither the normative piety nor the subversive heresy of any of these writers, but rather in their crafting of myths of modernity precisely out of the religious material that formed such an important part of their daily vocabularies.

Julia Reinhard Lupton is Associate Professor of English and Comparative Literature at the University of California, Irvine. She is the co-author, with Kenneth Reinhard, of After Oedipus: Shakespeare in Psychoanalysis.