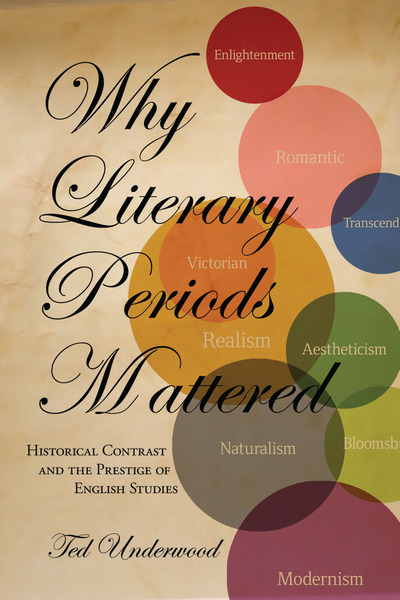 In the mid-nineteenth century, the study of English literature began to be divided into courses that surveyed discrete "periods." Since that time, scholars' definitions of literature and their rationales for teaching it have changed radically. But the periodized structure of the curriculum has remained oddly unshaken, as if the exercise of contrasting one literary period with another has an importance that transcends the content of any individual course.

Why Literary Periods Mattered explains how historical contrast became central to literary study, and why it remained institutionally central in spite of critical controversy about literature itself. Organizing literary history around contrast rather than causal continuity helped literature departments separate themselves from departments of history. But critics' long reliance on a rhetoric of contrasted movements and fateful turns has produced important blind spots in the discipline. In the twenty-first century, Underwood argues, literary study may need digital technology in particular to develop new methods of reasoning about gradual, continuous change.

Ted Underwood is Associate Professor of English at the University of Illinois, Urbana-Champaign. He is the author of The Work of the Sun: Literature, Science, and Political Economy, 1760–1860 and blogs about digital approaches to literary history at The Stone and the Shell.

"Ted Underwood's Why Literary Periods Mattered considers the ways periodization has been an 'organizing principle' of 'Anglo-American literary culture since the early nineteenth century' (2–3), showing persuasively how the literary studies curriculum has been intertwined with intellectual models of romantic historicism . . . [I]t does expertly recover the specific ways literary curricula became consolidated in higher education, while outlining plausible reasons for an increasing skepticism toward ossified period categories."

"[R]equired reading for anyone who loves literature . . . Why Literary Periods Mattered is an outstanding study and one that was needed. All academic libraries should own a copy and anyone interested in such topics as intellectual history, graduate students in literature, and those interested in specific figures as Sir Walter Scott and the lesser known figures Frederick Denison Maurice and Sydney Owenson, Lady Morgan (all of whom Underwood discusses at length and interestingly) will want to read it. Certainly, members of English Department hiring committees and heads of departments should read it."

"A scholar of 18th- and 19th-century British literature, literary concepts, and machine learning, Underwood extends his scholarship on the quantitative approach to language with an examination of the history of the discipline of literary studies . . . This is a study for those serious about the discipline . . . Recommended."

"Why Literary Periods Mattered is the best work on the discipline of English literary study that I've read since Gerald Graff's Professing Literature. Underwood offers fresh historical insight into the way English departments are now organized and invites us to imagine the ways in which they, and the research and scholarship they support, might be organized differently, in part through the qualitative possibilities of digital humanities and the 'gradualist' models of literary history they make possible."

—Adam Potkay, The College of William and Mary

"Blending case studies with broader judgments about the trajectories of British and American literature, Underwood's account of the relations between models of seamless evolution and those proposing a disruptive sequence of historical periods is a timely contribution to the current discussion of what periodization does and does not do, about whether we can imagine doing without it, and about what might take its place as an organizing principle of literary and cultural studies."

"With a rising reputation in the digital humanities as well as some impressive print scholarship in Romanticism and the sciences, Underwood seems less discontented with the older ways of periodizing than he is eager to advance an aggressive new thesis wrapped in a well-mannered, often ingratiating style: the argument that the digital humanities make periodization, at long last, effectively a thing of the past."

"Perhaps the most fascinating section of this wonderfully surprising and unpredictable book is the treatment of the curricular development of the literature survey in mid-nineteenth century British universities." 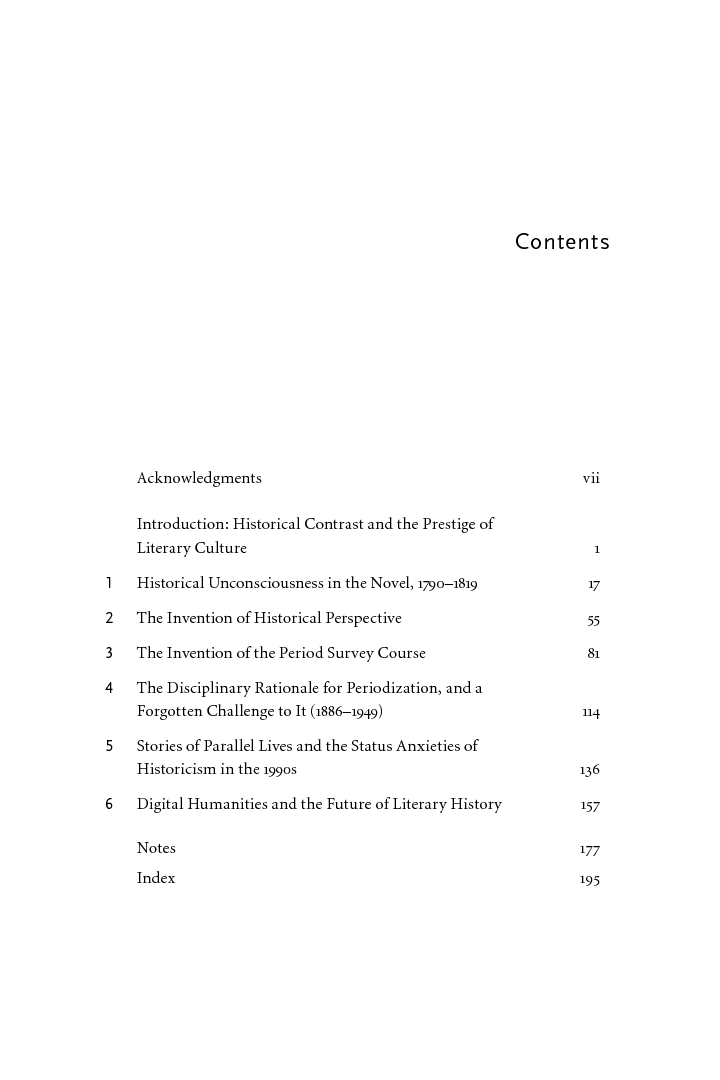 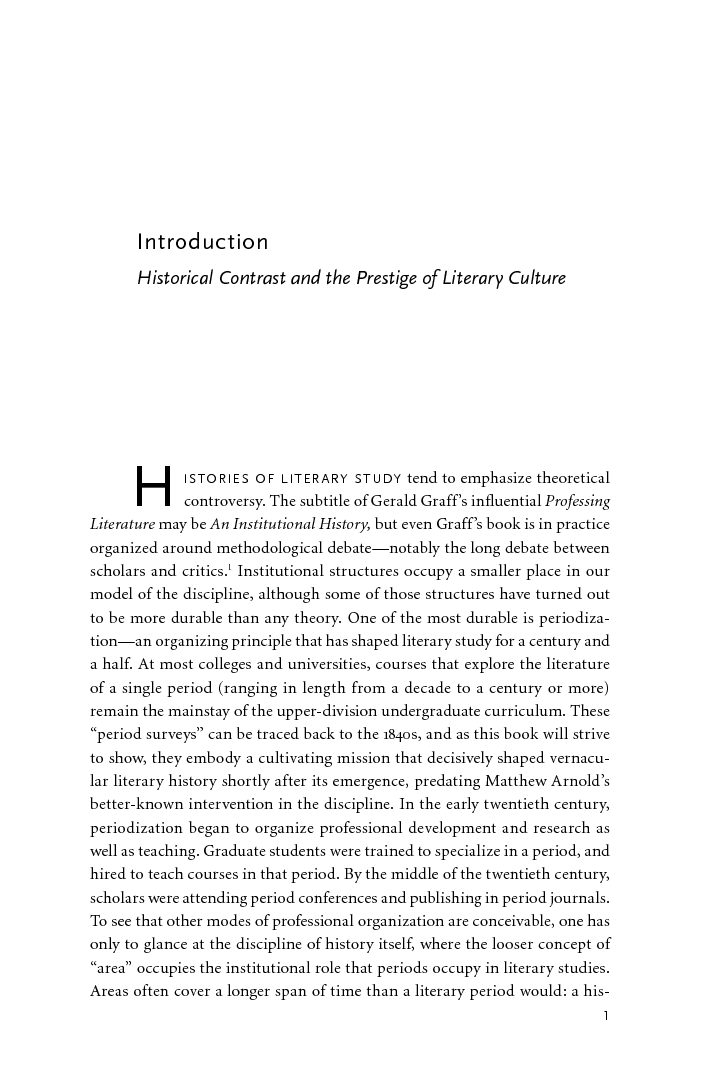