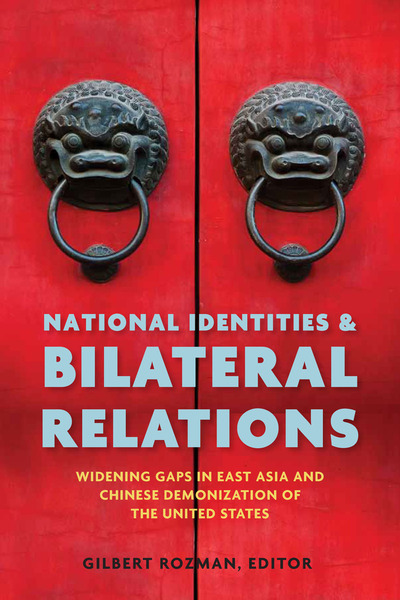 The second of Gilbert Rozman's contributed volumes on East Asian national identity traces how efforts to draw a sharp divide between one country's identity and that of another shape relations in the post-Cold War era. It examines the two-way relations of Japan, South Korea, and China, introducing the concept of a national identity gap to estimate the degree to which the identities of two countries target each other as negative contrasts. This concept is then applied to China's reinterpretation from 2009-11 of the gap between its identity and that of the United States. Each pairing represents a key relationship through which an Asian country has historically shaped its identity, and is striving to reshape it.

The volume begins with experts' analyses of how Japan, South Korea and China have changed their diplomatic environment in Asia in order to transform identity. In the second half of the book, Rozman reflects on the discomfort all three East Asian countries have from excessive dependence on the United States. He concentrates on Chinese discourse in particular, as analyzed through the ideological, temporal, sectoral, vertical, and horizontal dimensions of national identity. Even if foreign policy turns more cautionary for a time, Rozman argues that China's inflammatory identity discourse, which remains at an intensity unmatched in the other countries, will continue to have a chilling effect on prospects for pragmatic diplomacy with the U.S.

"[B]ooks like Rozman's play an important role in reminding us of the potential for alternative ways of looking at and carrying out international relations."

"The book adds an important contribution to the literature on the future of East Asia . . . Recommended."

"Invaluable to understanding how dyadic relations across Northeast Asia are evolving and are likely to do so in the next decade or more."