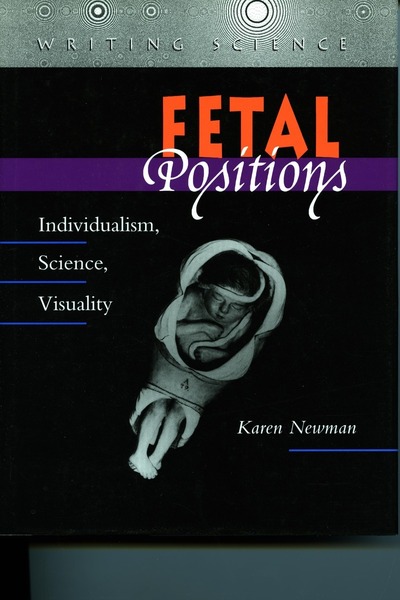 This compelling book uses 103 illustrations to argue that modes of visualizing science have profoundly determined “fetal politics” and the contemporary abortion debates. With its close interplay of visual and verbal texts, it traces both the history of fetal images from the sixteenth century onward (including the classic Life magazine photographs of Lennart Nilsson in 1965) and the consequences of how obstetrical and embryological knowledge was represented over time in Europe—to both specialists and the public—as medical knowledge came to be produced and understood through anatomical observation.

As the abortion debates witness, perhaps no flesh is more overdetermined with cultural meaning than the female reproductive body. Language and rhetoric have had an important role in framing the debates and shaping attitudes: “pro-choice” versus “abortion,” “anti-abortion” rather than “pro-life,” “fetus” rather than “baby” or “unborn child,” “uterus” rather than “womb.” How visual modes of representing obstetrical and embryological information, which have similar consequences in forming both public and professional opinion, shape the politics of the abortion debates has until recently received very little attention.

Karen Newman is University Professor and Professor of Comparative Literature and English at Brown University. She is the author, most recently, of Fashioning Femininity and English Renaissance Drama.