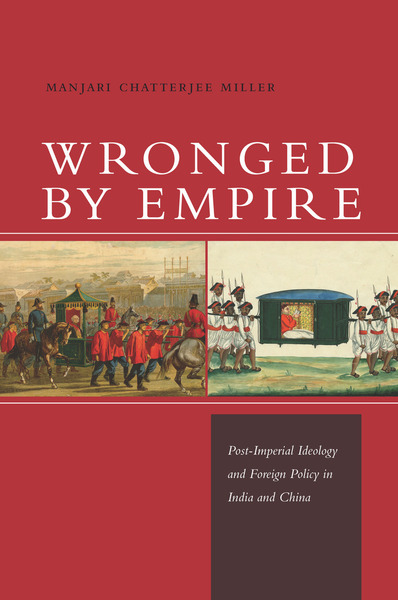 Although India and China have very different experiences of colonialism, they respond to that history in a similar way—by treating it as a collective trauma. As a result they have a strong sense of victimization that affects their foreign policy decisions even today.

Wronged by Empire breaks new ground by blending this historical phenomenon, colonialism, with mixed methods—including archival research, newspaper data mining, and a new statistical method of content analysis—to explain the foreign policy choices of India and China: two countries that are continuously discussed but very rarely rigorously compared. By reference to their colonial past, Manjari Chatterjee Miller explains their puzzling behavior today. More broadly, she argues that the transformative historical experience of a large category of actors—ex-colonies, who have previously been neglected in the study of international relations—can be used as a method to categorize states in the international system. In the process Miller offers a more inclusive way to analyze states than do traditional theories of international relations.

"A strength of the book is its theoretical framework treating colonialism as an independent variable in analyzing the behavior of colonized countries . . . While history and territorial issues are dominating the current regional tension in East Asia, this book gives useful insight on why it is important to look beyond security arguments or realist theories. To assure that PII does, indeed, drive policy decisions at the expense of security, minor countries need to by analyzed."

"Dr. Miller has written an important book with significant implications for the study of modern India, China, and broader Asian and international relations. The clearly presented and sophisticated arguments focus on colonialism and its legacy in India and China . . . Whether or not specialists are persuaded by Dr. Miller's thorough arguments, it seems clear that they will be debating her interesting and insightful analysis for some time to come."

"By treating [post-imperial ideology] as an independent variable influencing the foreign policies of each country, Miller achieves far more than she would have done using standard international-relations theories, which often fail to take into consideration post-imperial trauma, or which lump India and China together under the category of 'emerging powers' without accounting for their specific historical experience. The result is a fascinating and sympathetic explanation of the political psychology of two of Western imperialism's most significant victims."

"Miller highlights the lasting impact of colonialism on a country's international behavior. She elaborates on how India and China, which had different experiences of colonialism, respond to their colonial history in a similar fashion—as collective trauma . . . The book's contributions are many, including its treatment of colonialism as an explanatory variable for international affairs, the development of a new analytical lens from the psychological theory of trauma, and the formation of a new framework for studying the two rising powers . . . Recommended."

"Manjari Chatterjee Miller's erudite and timely book, Wronged by Empire, argues persuasively that trauma theory can be used to understand and explain developing nations' foreign policy decision-making . . . Wronged by Empire is an important work that should be read widely, not only in the academic fields of international relations, political science, and Asian studies, but also by policymakers and businesspeople who seek to understand India and China, these two important rising powers in the world today."

"Dr. Miller has written an important book with significant implications for the study of modern India, China, and broader Asian and international relations. The clearly presented and sophisticated arguments focus on colonialism and its legacy in India and China . . . Whether or not specialists are persuaded by Dr. Miller's thorough arguments, it seems clear that they will be debating her interesting and insightful analysis for some time to come."

"[Wronged by Empire] is an important contribution to the international relations literature for systematically treating colonial history as a causal value. Miller should also be commended for her work raises interesting questions for the future."

"Manjari Miller's Wronged by Empire provides a refreshing complement to the standard materialist readings of why China and India conduct themselves as they do: by making colonialism the pivot for explaining both their pervasive defensiveness and their conspicuous sense of entitlement, she reminds the international community that it cannot escape China and India's past any more than they themselves can. A rich and rewarding book."

"Manjari Chatterjee Miller's Wronged by Empire is a pathbreaking study of the effects of the bitter history of imperial victimhood on the foreign policy of Asia's two rising great powers. It is routine for experts on either India and China to assert that post-colonial nationalism matters in the foreign policies of these countries. But it is rare indeed to see that proposition systematically tested against the expectations of mainstream theories of international relations in a study of either country's foreign policy, let alone both. Miller's book is an important contribution to both international relations theory and Asian studies."

"Focusing on the two giants, China and India, Wronged by Empire makes a convincing case on how the cognitive effects of colonialism have shaped a 'post-imperial ideology' that emphasizes victimhood and entitlement and is a core driver of the international behavior of these countries, especially with regard to two goals: sovereignty and status. The book is a creative and pioneering contribution to understanding how the behavior of rising powers flow from specific historical circumstances."

—Devesh Kapur, Associate Professor of Political Science and Director of the Center for the Advanced Study of India, University of Pennsylvania

"Wronged by Empire is a fascinating, innovative, and insightful study of the political psychology of Sino-Indian relations and of the roles of those two countries in the world. Using trauma theory from the field of psychology, Miller postulates the experience of colonial subjugation by Western powers as an explanatory variable fueling a drive for territorial maximization and international status. This is an important contribution to our understanding of contemporary world politics and to the approach of two of Asia's rising powers to one another and to the global order."

"The engaging book present an ingenious argument. The foreign policies of India and China are motivated at root by a Post-Imperial Ideology that underpins their obvious concern to maintain their territorial sovereignty and improve their status in world politics . . . This is [] a provocative book and one that demands the attention of scholars of both Indian and Chinese foreign policy" 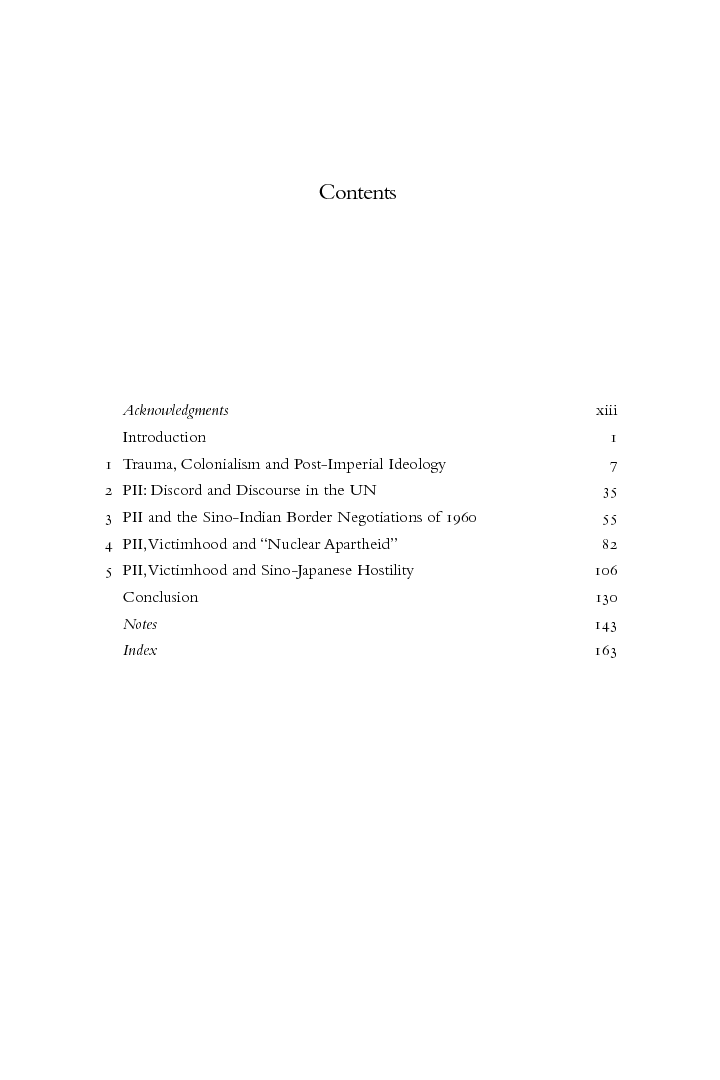 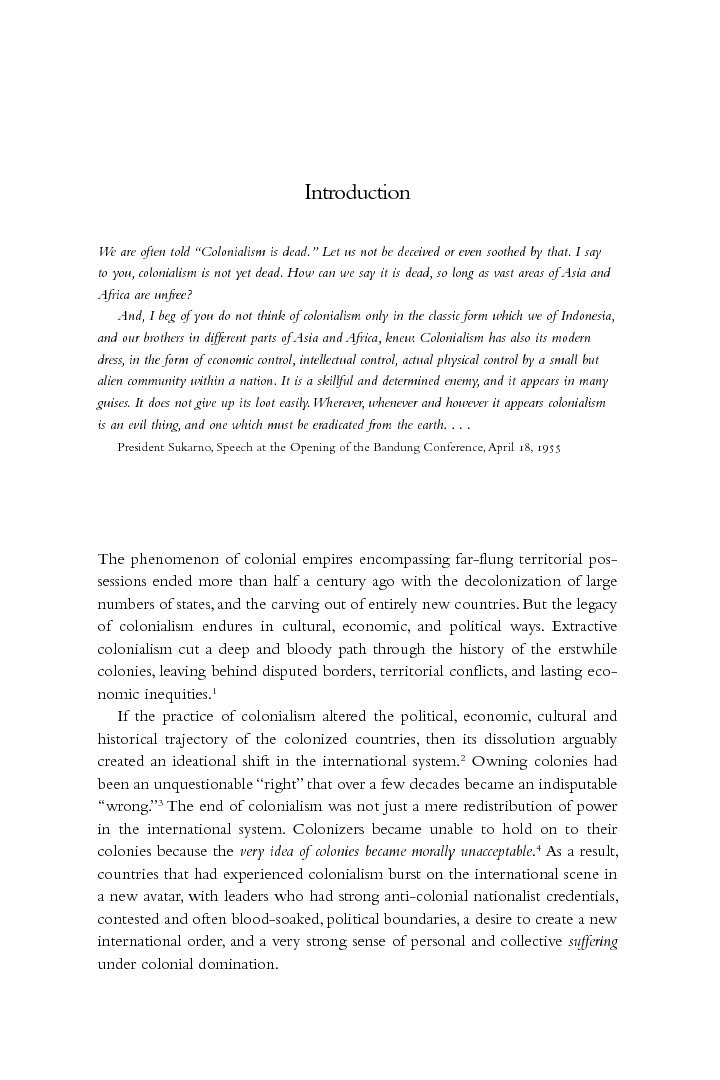