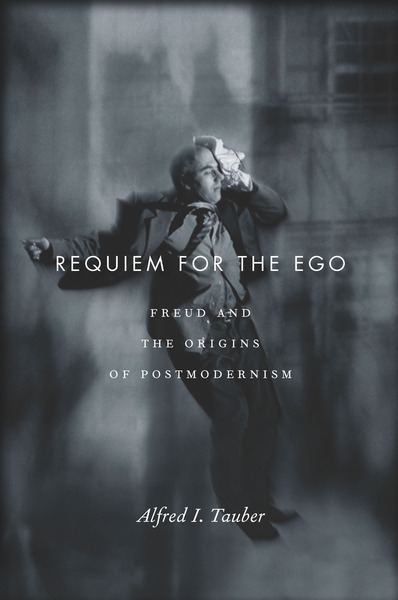 Requiem for the Ego
Freud and the Origins of Postmodernism
Alfred I. Tauber

Requiem for the Ego recounts Freud's last great attempt to 'save' the autonomy of the ego, which drew philosophical criticism from the most prominent philosophers of the period—Adorno, Heidegger, and Wittgenstein. Despite their divergent orientations, each contested the ego's capacity to represent mental states through word and symbol to an agent surveying its own cognizance. By discarding the subject-object divide as a model of the mind, they dethroned Freud's depiction of the ego as a conceit of a misleading self-consciousness and a faulty metaphysics. Freud's inquisitors, while employing divergent arguments, found unacknowledged consensus in identifying the core philosophical challenges of defining agency and describing subjectivity. In Requiem, Tauber uniquely synthesizes these philosophical attacks against psychoanalysis and, more generally, provides a kaleidoscopic portrait of the major developments in mid-20th century philosophy that prepared the conceptual grounding for postmodernism.

Alfred I. Tauber is Zoltan Kohn Professor of Medicine, emeritus, and Professor of Philosophy, emeritus, at Boston University. He is the author of several books, most recently Freud, the Reluctant Philosopher (2010).

"Requiem for the Ego, is a remarkable piece of work. It is exhaustive scholarship of the first order, and clearly written on a subject about which it is very difficult to be clear. I have no doubt it will be of enormous use to a great many people."

"This is an important book in the philosophy of science, but it is also an important critique of the history of 20th century philosophy and its relationship to psychology. The blurred lines are here clarified and the denial on the part of philosophy that it was and is in a dialogue with psychology is laid to rest for once and for all."

"[T]he chief value of [Requiem for the Ego] . . . is to create a basis for now reconsidering Freud's intellectual accomplishments, as well as the enduring elements of the Enlightenment that may yet prove useful in an era of postmodernism. This book reanimates part of this hidden conversation, without either predictions or prescriptions. Summing up: Recommended." 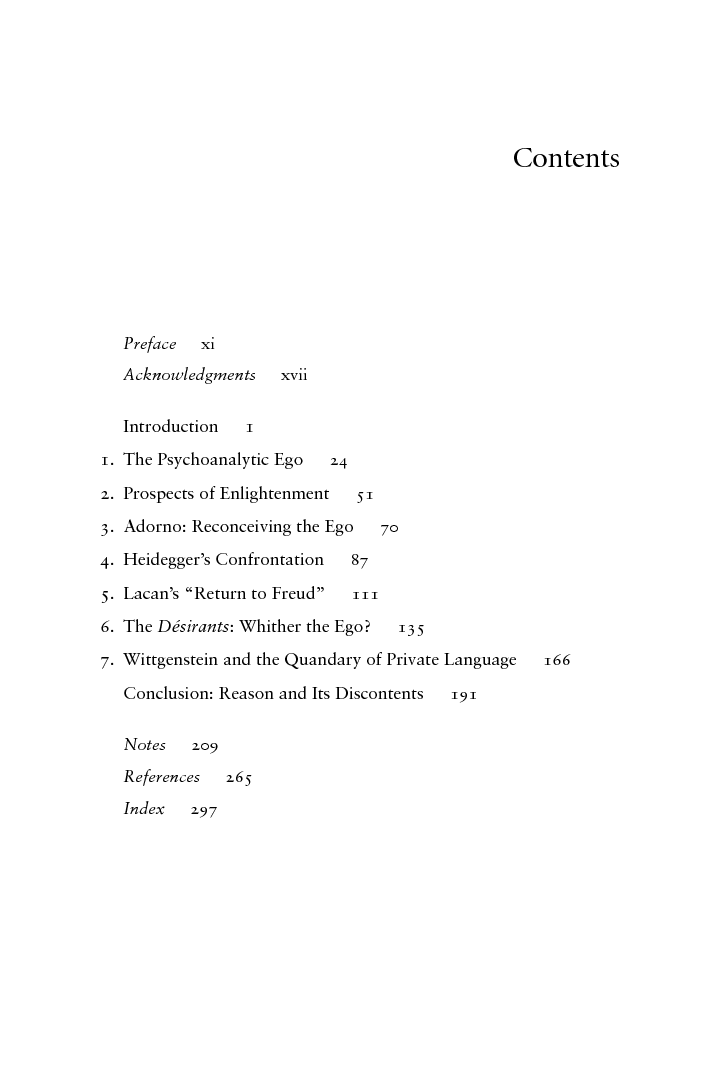 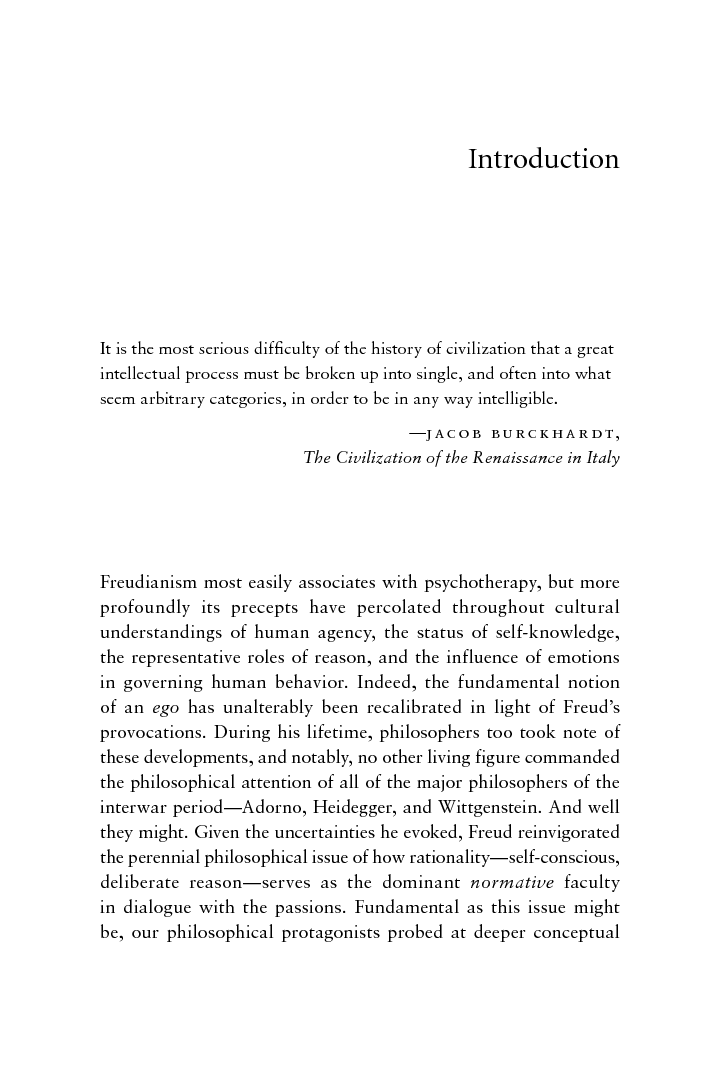 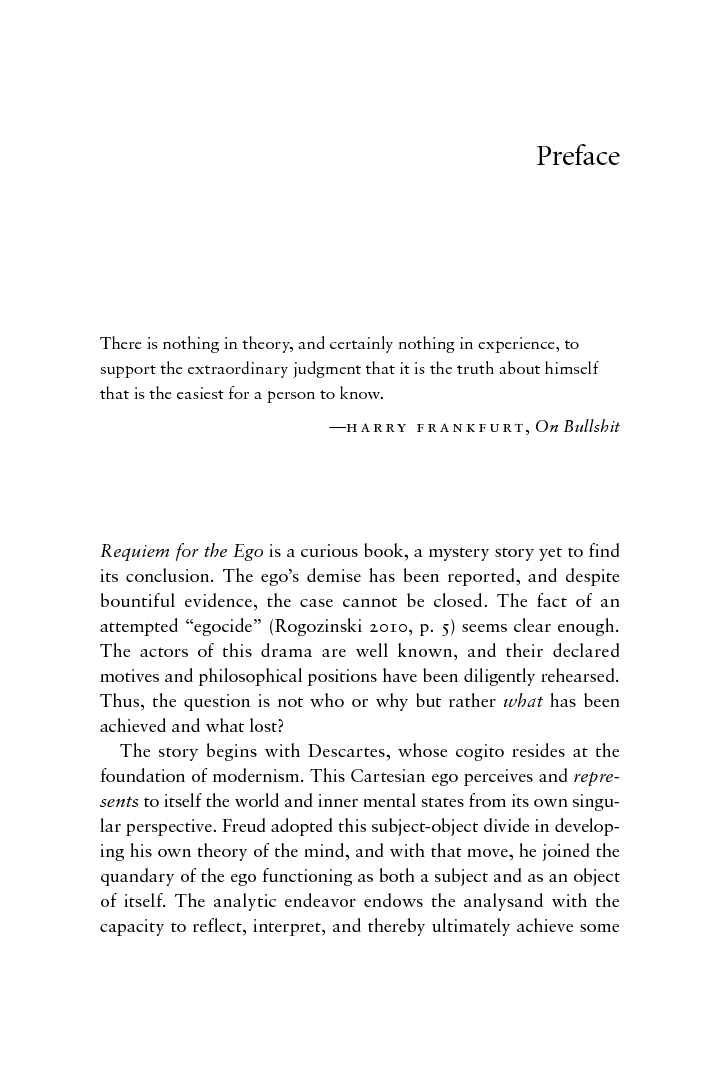