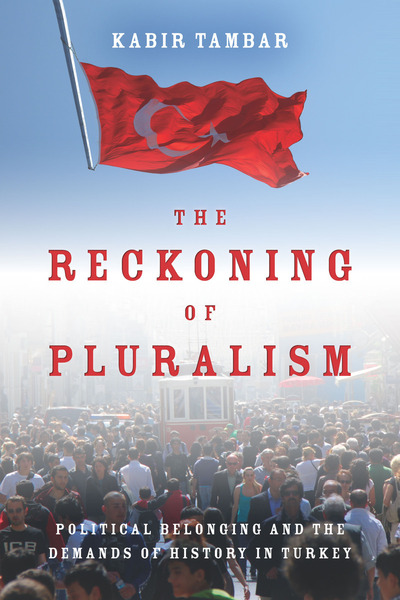 The Reckoning of Pluralism
Political Belonging and the Demands of History in Turkey
Kabir Tambar
SERIES: Stanford Studies in Middle Eastern and Islamic Societies and Cultures

The Turkish Republic was founded simultaneously on the ideal of universal citizenship and on acts of extraordinary exclusionary violence. Today, nearly a century later, the claims of minority communities and the politics of pluralism continue to ignite explosive debate. The Reckoning of Pluralism centers on the case of Turkey's Alevi community, a sizeable Muslim minority in a Sunni majority state. Alevis have seen their loyalty to the state questioned and experienced sectarian hostility, and yet their community is also championed by state ideologues as bearers of the nation's folkloric heritage.

Kabir Tambar offers a critical appraisal of the tensions of democratic pluralism. Rather than portraying pluralism as a governing ideal that loosens restrictions on minorities, he focuses on the forms of social inequality that it perpetuates and on the political vulnerabilities to which minority communities are thereby exposed. Alevis today are often summoned by political officials to publicly display their religious traditions, but pluralist tolerance extends only so far as these performances will validate rather than disturb historical ideologies of national governance and identity. Focused on the inherent ambivalence of this form of political incorporation, Tambar ultimately explores the intimate coupling of modern political belonging and violence, of political inclusion and domination, contained within the practices of pluralism.

Kabir Tambar is Assistant Professor of Anthropology at Stanford University.

"[N]ot only does the book both inform the reader about Alevis in Turkey, but it also provides a critical analysis of this marginalized group. [W]hat is stunning is that the author fulfills this quite challenging task for a country, Turkey, whose socio-politics are, to a great extent, impenetrable, even for its residents."

"Throughout the text, an eye-catching repertoire of characterizations accompanies his endeavor to place Alevism in Turkey . . . In his work, Tambar successfully demonstrates how the national framework of Turkey was constructed by creating sharp borders between those who were recognized and those who were not. This focus is of critical importance . . . It seems that the question of Alevism preserves its importance as a monitor of Tukey's political journey, which as yet continues to hover between pluralism and majoritarianism. Tambar's book, based on ethnographic research conducted in Çorum between 2005 and 2007, offers meaningful guidance for those who would like to understand this multifaceted question."

"A detailed and close analysis of the paradoxes of contemporary pluralism. The focus on the Turkish Alevi—a religious minority within Islam—allows Tambar to explore in concrete terms the ways in which state authorized narratives of political belonging at once enable inclusion and perpetuate the subordination of difference. Ironically, acknowledging the Alevi's place in Turkey's history requires a deliberate forgetting of the specificities of their collective experience. The ethnographic detail is illuminating; the argument subtle and nuanced. We learn not only about conflicts in Turkish history, but about the complex workings of modernity."

" The Reckoning of Pluralism is a remarkable contribution to our understanding of politics of diversity and religious subjectivity not only in Turkey, but also throughout the Islamic world and beyond." 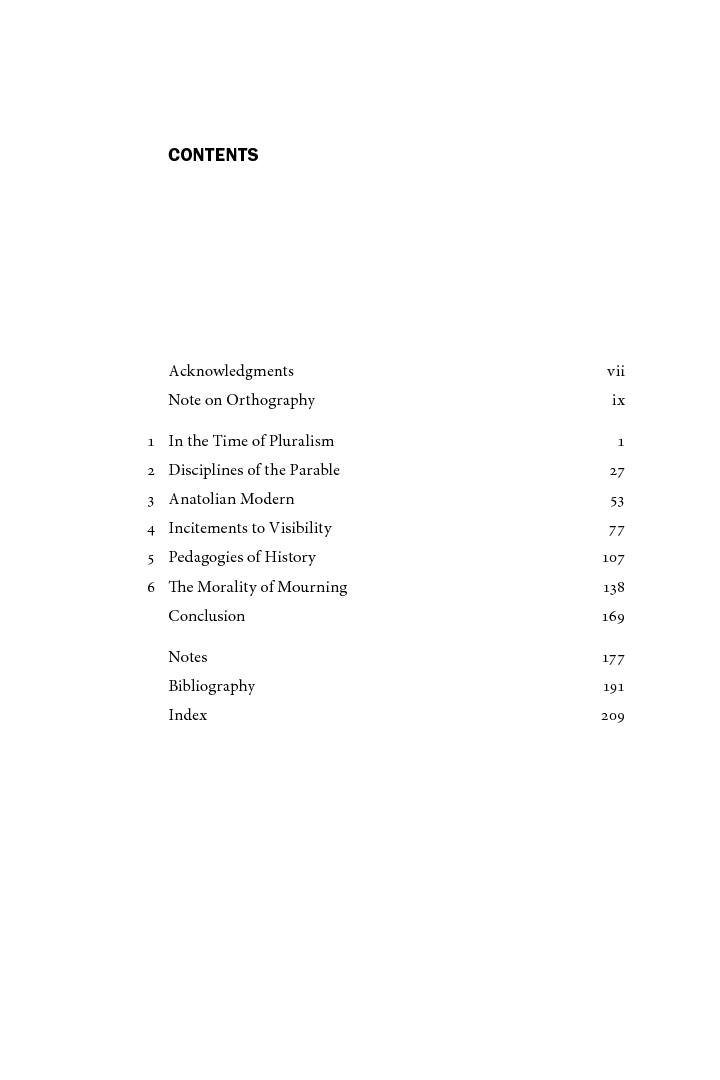