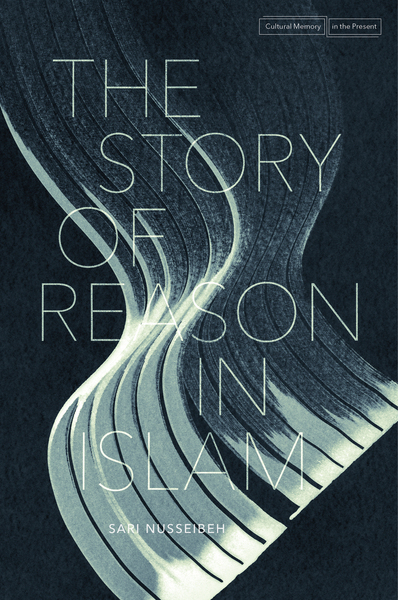 The Story of Reason in Islam
Sari Nusseibeh
SERIES: Cultural Memory in the Present

In The Story of Reason in Islam, leading public intellectual and political activist Sari Nusseibeh narrates a sweeping intellectual history—a quest for knowledge inspired by the Qu'ran and its language, a quest that employed Reason in the service of Faith. Eschewing the conventional separation of Faith and Reason, he takes a fresh look at why and how Islamic reasoning evolved over time. He surveys the different Islamic schools of thought and how they dealt with major philosophical issues, showing that Reason pervaded all disciplines, from philosophy and science to language, poetry, and law. Along the way, the best known Muslim philosophers are introduced in a new light. Countering received chronologies, in this story Reason reaches its zenith in the early seventeenth century; it then trails off, its demise as sudden as its appearance. Thereafter, Reason loses out to passive belief, lifeless logic, and a self-contained legalism—in other words, to a less flexible Islam. Nusseibeh's speculations as to why this occurred focus on the fortunes and misfortunes of classical Arabic in the Islamic world. Change, he suggests, may only come from the revivification of language itself.

Sari Nusseibeh is Professor of Philosophy at Al-Quds University in Jerusalem. His most recent book is What's a Palestinian State Worth? (2011) .

"This engagingly written and ambitious intellectual history of Islam will provoke much thought and response. Novel in approach and mindful of the concerns of the present, it focuses not only on the story of philosophy, but also on the hermeneutics of scripture, the understanding of the arts and sciences, and the relation between law and ethics."

"Sari Nusseibeh's The Story of Reason in Islam is a gift to the broadminded Western reader. It comes from a man of rare moral and intellectual standing who has risked much in his life to intellectual honesty and thorough fair-mindedness. It doesn't provide quick or easy answers about modern Islam, but it does convey the depth and complexity of traditions that Western pundits too frequently seem comfortable boiling down to 140 characters. Professor Nusseibeh's book is its own best argument for judging others cautiously and assuming their best intentions."

"Sari Nusseibeh's The Story of Reason in Islam is a very beautifully and thoughtfully written book."

"Written with the uninitiated in mind....Nusseibeh's sensitive, elliptical handling of dense metaphysical material echoes one of the book's central points: that the philosophical tradition in Arabic grew out of a world in which poetry was the preeminent means of expression....Through skillful weaving of events and ideas, Nusseibeh shows how politics determined the themes—justice, free will, the legitimacy of resisting an unjust leader—that became central to early Islamic thought."

Reason in the Holy Writ