As long as we care about suffering in the world, says political philosopher Simona Forti, we are compelled to inquire into the question of evil. But is the concept of evil still useful in a postmodern landscape where absolute values have been leveled and relativized by a historicist perspective? Given our current unwillingness to judge others, what signposts remain to guide our ethical behavior?

Surveying the nineteenth- and twentieth-century Western philosophical debates on evil, Forti concludes that it is time to leave behind what she calls "the Dostoevsky paradigm": the dualistic vision of an omnipotent monster pitted against absolute, helpless victims. No longer capable of grasping the normalization of evil in today's world—whose structures of power have been transformed—this paradigm has exhausted its explanatory force.

In its place, Forti offers a different genealogy of the relationship between evil and power, one that finally calls into question power's recurrent link to transgression. At the center of contemporary evil she posits the passive attitude towards rule-following, the need for normalcy, and the desire for obedience nurtured by our contemporary mass democracies. In our times, she contends, evil must be explored in tandem with our stubborn desire to stay alive at all costs as much as with our deep need for recognition: the new modern absolutes. A courageous book, New Demons extends an original, inspiring call to ethical living in a biopolitical age.

Simona Forti is Professor of Political Philosophy at the University of Piemonte Orientale in Italy.

"Simona Forti's book is a sophisticated and theoretically rich text, which demands wide readership. Connecting the historical experiences of organized violence with modes of political and philosophical enquiry while attending to the paradigmatic importance and realism of speculative fictions, the book takes the reader on a journey through the corpse littered landscapes of the twentieth century. In doing so, not only does it expose more fully the reductionisms of a number of dominant schools of thinking on the problem of violence, it both critically addresses and moves beyond that most timeless of philosophical questions."

"Simona Forti's New Demons represents something really unique among the extensive literature on the question of evil. It combines an extraordinary knowledge of the twentieth-century philosophical debate on evil with an indubitably sharp look at the contemporary condition. It provides both an original reconstruction of that debate and a new perspective from which to conceive of evil today. The result is a twofold genealogy whose philosophical depth opens up an unprecedented train of thought. Any future work tackling the question of evil and power will not be able to avoid reckoning with this new perspective."

"New Demons boldly updates the traditional philosophical approach to the concept of evil, overturning many of the philosophical, psychoanalytic, and literary commonplaces typically associated with the topic."

"Overall, Forti presents an exciting demonstration of the possibility of deep reading within a range of philosophical ideas set alongside revelations gleaned from literature. By offering a work impressive in breadth and in depth, Forti contributes insight on a single topic from many angles. This is a book which can be profitably read by those interested in political philosophy, literary analysis, psychoanalysis, and history (both as theory and practice)."

"Simona Forti has given us a wide-ranging, nuanced, and thoughtful book on the relationship between evil and power...this book deserves to be read not only by those with prior interest in the lengthy list of Con- tinental thinkers it engages with but also by those animated to think about the vital question at its heart—whence evil?"

"Simona Forti is one of the most interesting Italian philosophers today. She is known for her studies on Arendt, and lately for her philosophical work on "totalitarian thanatopolitics" and neoliberal biopolitics. Her latest mono- graph, New Demons: Rethinking Evil and Power Today, is a challenging and innovative book that, in my opinion, is destined to become an unavoidable point of orientation for studies and scholarly investigations on the topic. Moreover, it's a courageous book." 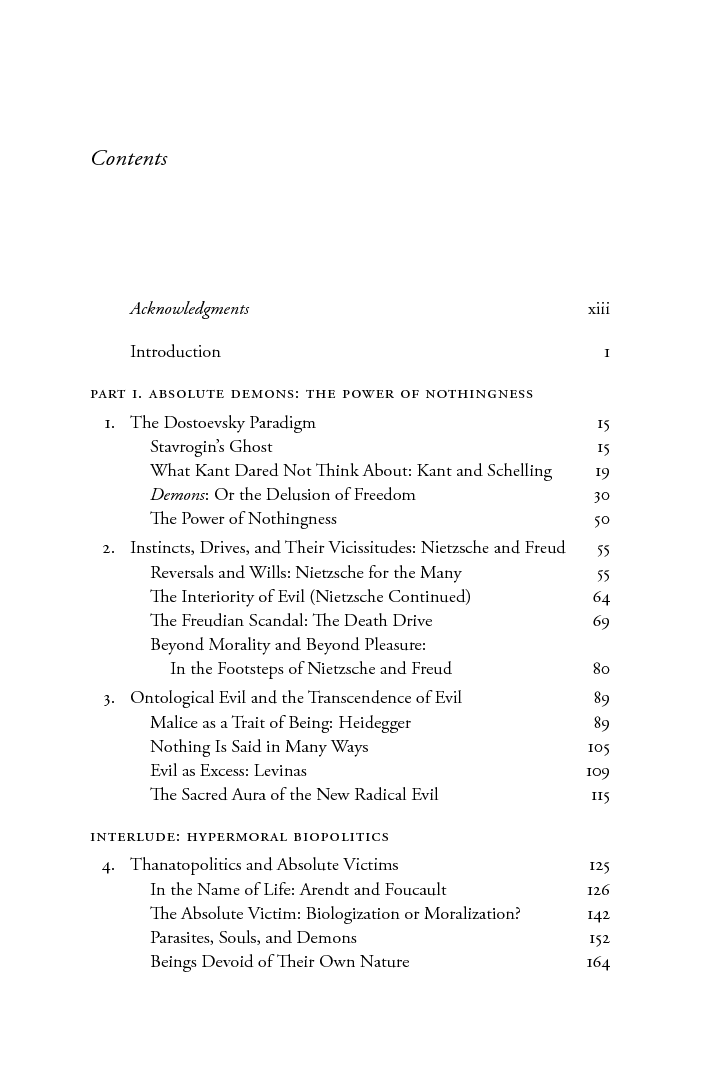 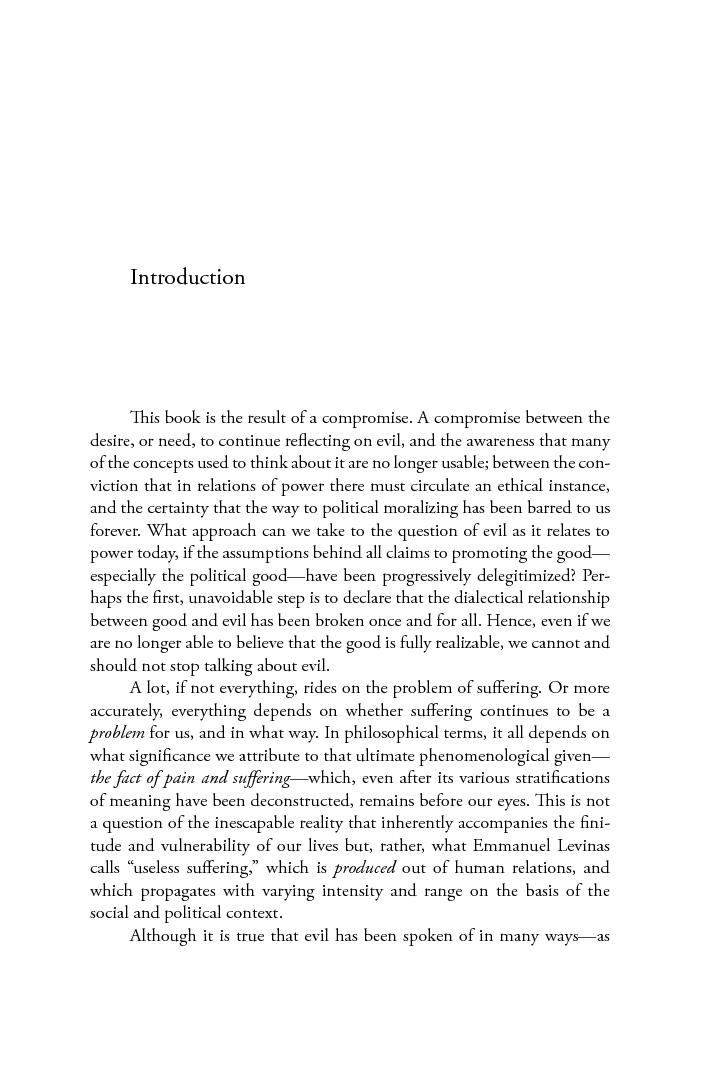