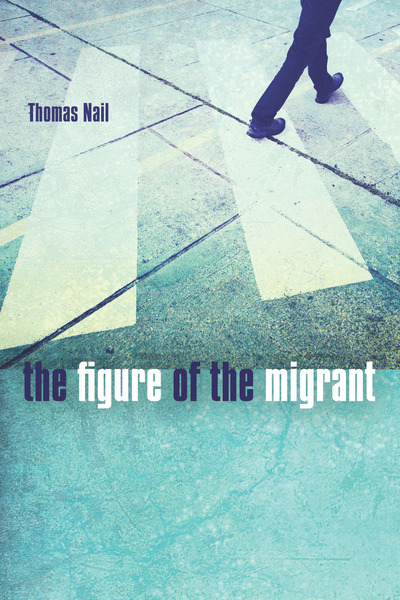 This book offers a much-needed new political theory of an old phenomenon. The last decade alone has marked the highest number of migrations in recorded history. Constrained by environmental, economic, and political instability, scores of people are on the move. But other sorts of changes—from global tourism to undocumented labor—have led to the fact that to some extent, we are all becoming migrants. The migrant has become the political figure of our time.

Rather than viewing migration as the exception to the rule of political fixity and citizenship, Thomas Nail reinterprets the history of political power from the perspective of the movement that defines the migrant in the first place. Applying his "kinopolitics" to several major historical conditions (territorial, political, juridical, and economic) and figures of migration (the nomad, the barbarian, the vagabond, and the proletariat), he provides fresh tools for the analysis of contemporary migration.

Thomas Nail is Associate Professor of Philosophy at the University of Denver.

"Nail focuses on numerous ways that social and political developments can be viewed as a history of migrants . . . Nail concludes that migration is not derivative within a static framework but is primary to a history of society. Nail's book is a novel approach to history and political theory."

"In this powerful book, Thomas Nail forces us to think migration from the perspective of movement and so builds both a theoretical argument and a political intervention. A bold and provocative engagement with one of the world's most pressing contemporary issues."

"Hardly a day goes by without some reference in the media to the "problem" of migration. In offering a theoretical account of the figure of the migrant throughout history, Thomas Nail's book thus performs an important service for the interdisciplinary study of one of the most important subjects of our century. Carefully argued, well informed, hugely ambitious, and analytically precise, it will become a standard reference for years to come."

"Nail provides an innovative conceptual framework that disaggregates and contextualises social motions and movements throughout Western history. Beyond the originality of the kinopolitic theory, the real contribution is the focus on migrant's conditions that are too often neglected in the field of migration studies."

The Barbarism of the Migrant

Critical-Theory.com
The Figure of the Migrant, An Interview with Thomas Nail