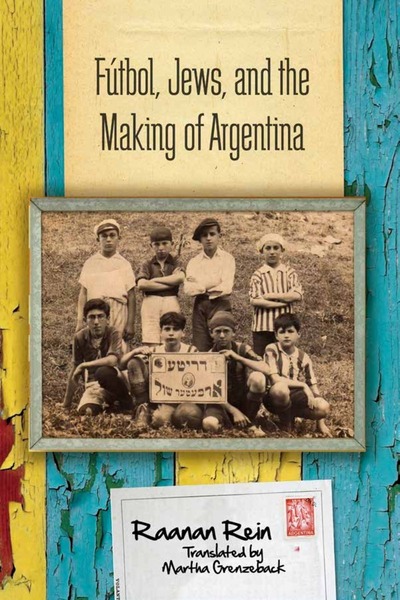 Fútbol, Jews, and the Making of Argentina
Raanan Rein

If you attend a soccer match in Buenos Aires of the local Atlanta Athletic Club, you will likely hear the rival teams chanting anti-Semitic slogans. This is because the neighborhood of Villa Crespo has long been considered a Jewish district, and its soccer team, Club Atlético Atlanta, has served as an avenue of integration into Argentine culture. Through the lens of this neighborhood institution, Raanan Rein offers an absorbing social history of Jews in Latin America.

Since the Second World War, there has been a conspicuous Jewish presence among the fans, administrators and presidents of the Atlanta soccer club. For the first immigrant generation, belonging to this club was a way of becoming Argentines. For the next generation, it was a way of maintaining ethnic Jewish identity. Now, it is nothing less than family tradition for third generation Jewish Argentines to support Atlanta. The soccer club has also constituted one of the few spaces where both Jews and non-Jews, affiliated Jews and non-affiliated Jews, Zionists and non-Zionists, have interacted. The result has been an active shaping of the local culture by Jewish Latin Americans to their own purposes.

Offering a rare window into the rich culture of everyday life in the city of Buenos Aires created by Jewish immigrants and their descendants, Fútbol, Jews, and the Making of Argentina represents a pioneering study of the intersection between soccer, ethnicity, and identity in Latin America and makes a major contribution to Jewish History, Latin American History, and Sports History.

"Rein's book is a brilliant illustration of how to approach ethnicity outside conventional historiography [...] by favoring a perspective that takes into account the interplay between minority formation and nation-building . . . His research on Jewish Argentines and sports as a space of acculturation and ethnic differentiation is a welcome contribution tot he cultural and social history of Argentina's so -called 'melting pot', but is also constitutes a methodological template for further inquiries into the development of majority-minority relations in Latin America."

"Rein's new book is an important contribution to both the study of ethnicity in Latin America and the growing research on sport . . . A fascinating first step in what, hopefully, will become a much larger historiography that touches on ethnicity, sport, and neighborhood/urban identities."

"The book is path breaking in singular and plural ways, from redefining the approach to Latin American Jewish history to rethinking the nature of life in the barrios of Buenos Aires vis-à-vis popular culture, sports and ethnicity. It is a history that encompasses the Argentine pathway from immigration society to populism and beyond."

"This innovative study brings together Rein's commanding knowledge of Jewish immigration with a passion for the history of football. The result is a well-researched and nuanced examination of the football Club Atlético Atlanta and the neighborhood from which it emerged, Villa Crespo. In the end, Rein transcends his focus on this civic association to illuminate the role of ethnicity, national identity, and popular culture in twentieth century Argentina."

"[This book] serves as an invitation to cultural and social historians, and to fans of football everywhere, to further explore the significance and representation of Club Atlético Atlanta in terms of a more complex understanding of Jewish integration into Latin America and of a Latin America integrally composed of Jews."

"Rein's book about the Jewish role in Argentinean football provides the reader with a detailed and multifaceted approach to the interrelation between culture, society, immigration, minorities and sports as it focuses on ethnicity and sports in immigrant societies." 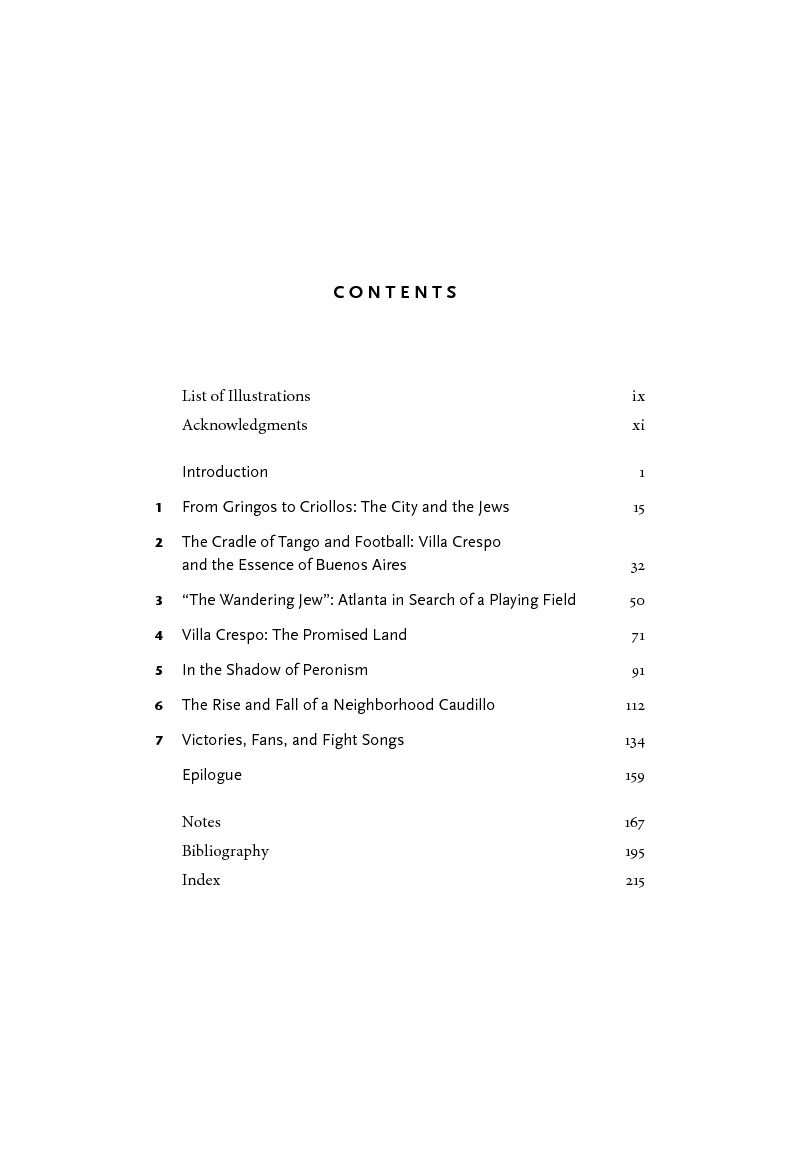 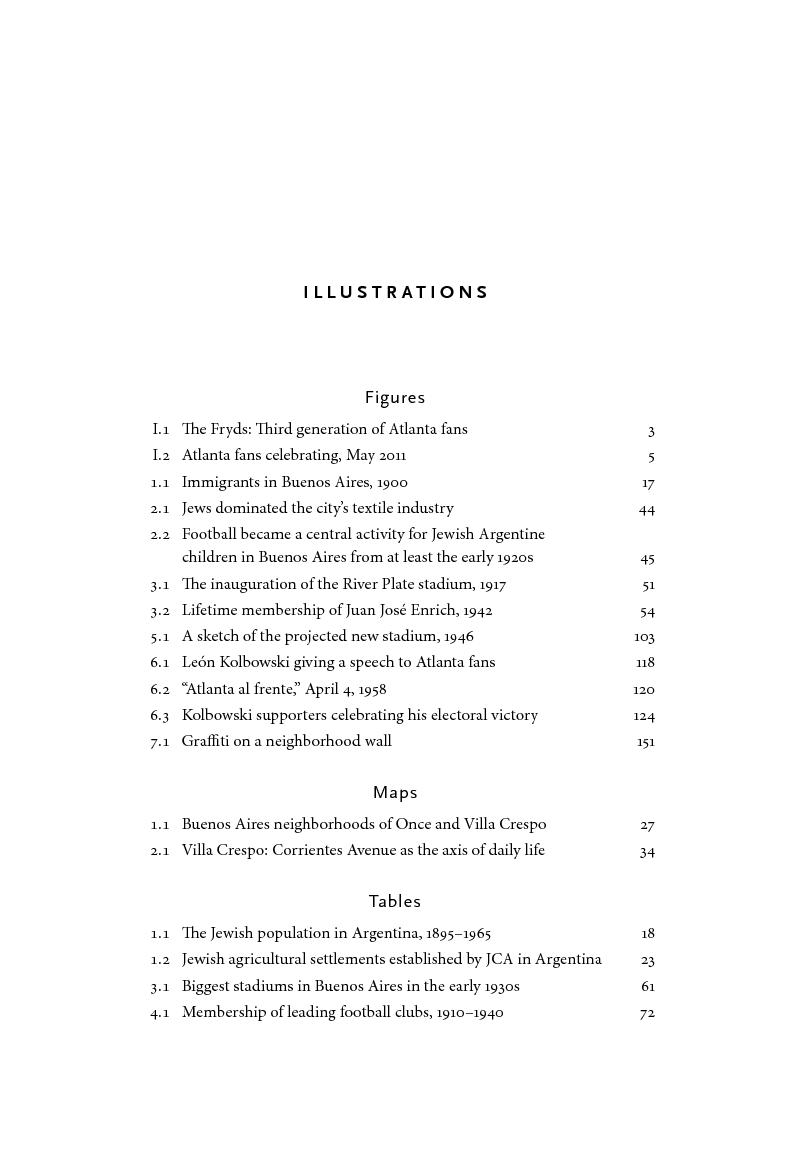 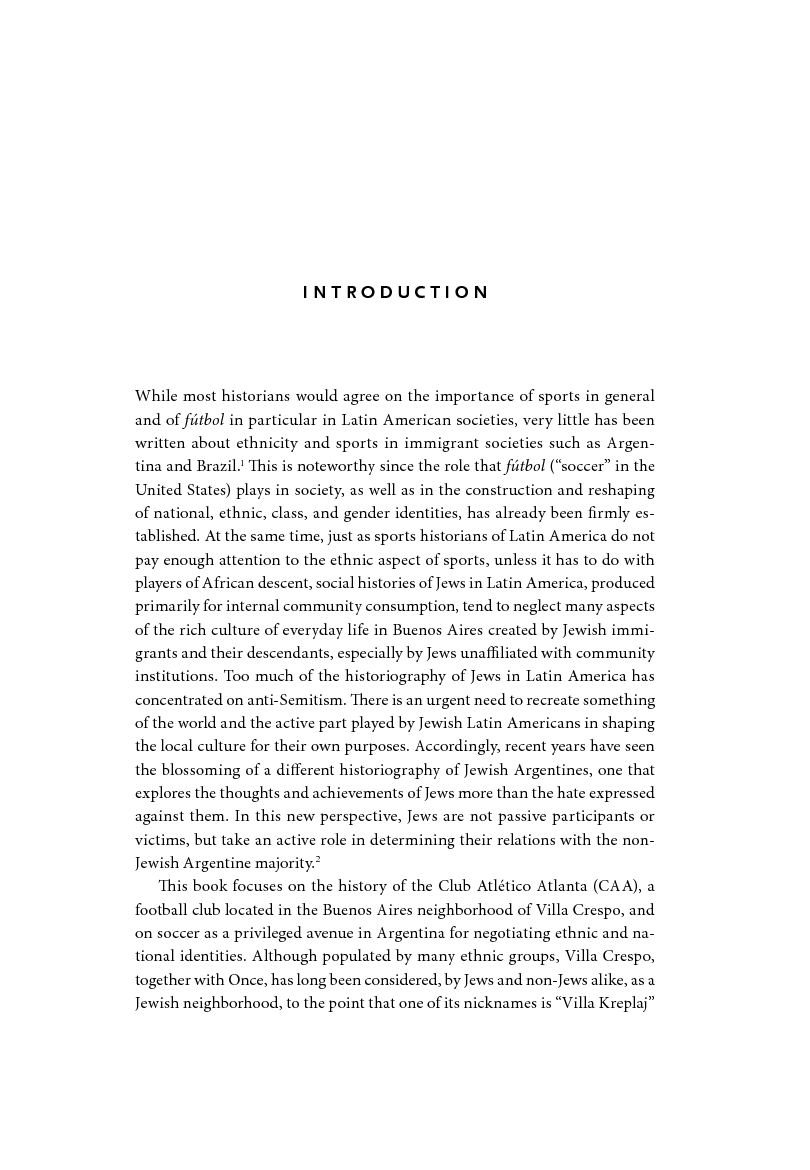 Wassner on Rein, 'Fútbol, Jews, and the Making of Argentina'