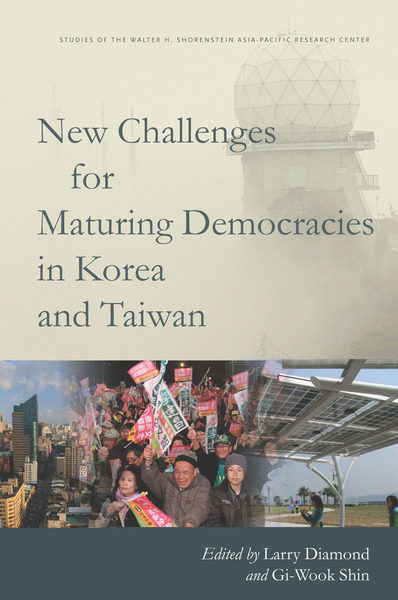 New Challenges for Maturing Democracies in Korea and Taiwan takes a creative and comparative view of the new challenges and dynamics confronting these maturing democracies.

Numerous works deal with political change in the two societies individually, but few adopt a comparative approach—and most focus mainly on the emergence of democracy or the politics of the democratization processes. This book, utilizing a broad, interdisciplinary approach, pays careful attention to post-democratization phenomena and the key issues that arise in maturing democracies.

What emerges is a picture of two evolving democracies, now secure, but still imperfect and at times disappointing to their citizens—a common feature and challenge of democratic maturation. The book demonstrates that it will fall to the elected political leaders of these two countries to rise above narrow and immediate party interests to mobilize consensus and craft policies that will guide the structural adaptation and reinvigoration of the society and economy in an era that clearly presents for both countries not only steep challenges but also new opportunities.

Larry Diamond is a Senior Fellow at the Hoover Institution and the Freeman Spogli Institute for International Studies at Stanford. He is also Director of Stanford's Center on Democracy, Development, and the Rule of Law.

"This book is an excellent reference for those who are eager to understand what Korea and Taiwan are struggling with as they 'deepen' of their democratic regimes in the era of globalization."

"This volume, unlike all previous studies on Asian democratization, systematically compares the cultural, socioeconomic, and other important consequences of democratization in Korea and Taiwan. Comparing these two Confucian countries with those in the long-democratic West, it also confirms their maturity as democracies and as civilized nations, and thereby disputes the age-old Asian Values thesis that liberal democracy is not suitable for Confucian Asian countries."

"As two paradigmatic cases of democratic development, Korea and Taiwan are often seen as exemplars of both modernization and democratization. This volume both contributes and moves beyond this focus, looking forward to assess the maturation but also the risks to democracy in both countries. With its strong comparative focus and a sober appreciation of how hard it can be not to just to attain but to sustain democracy, it represents a major contribution." 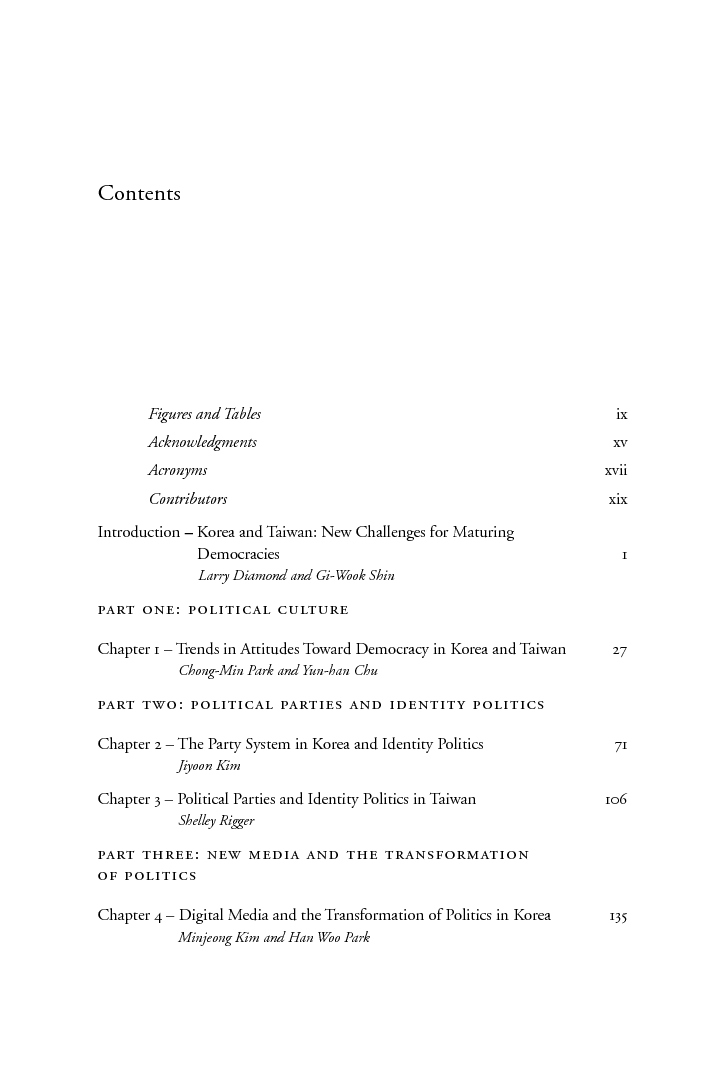 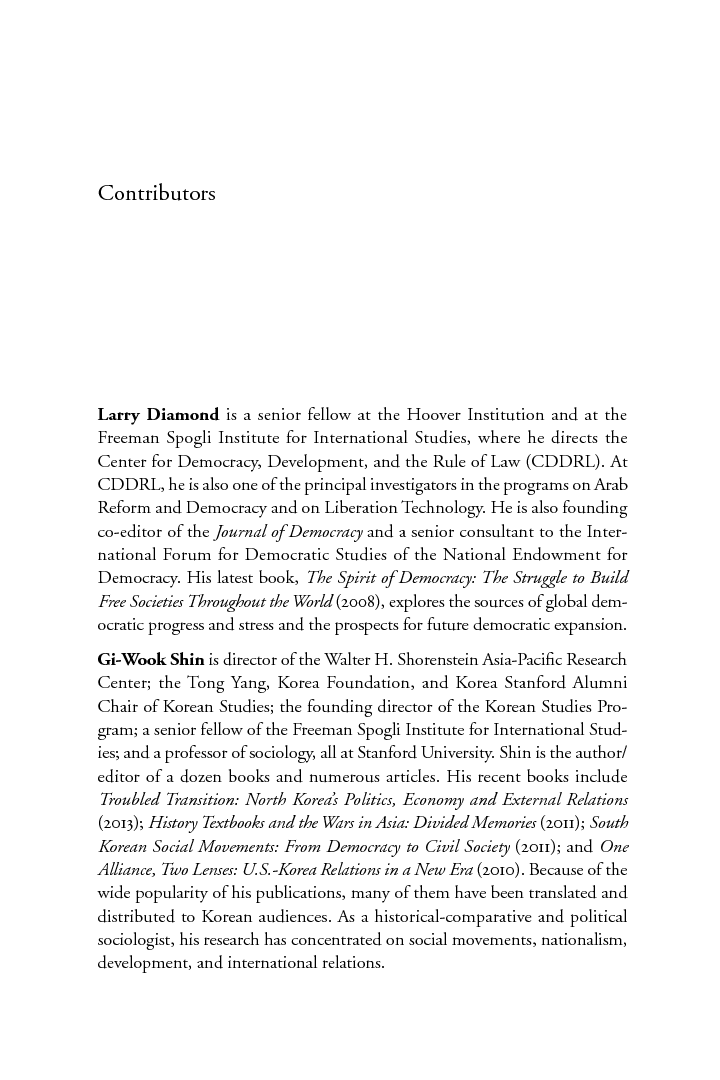 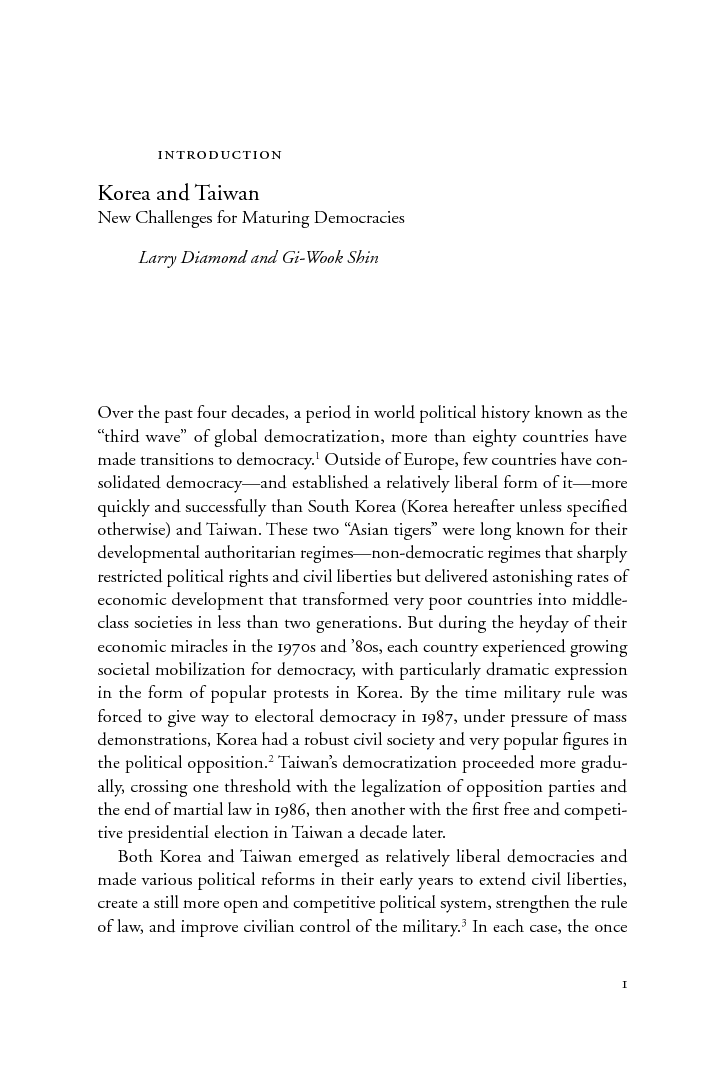 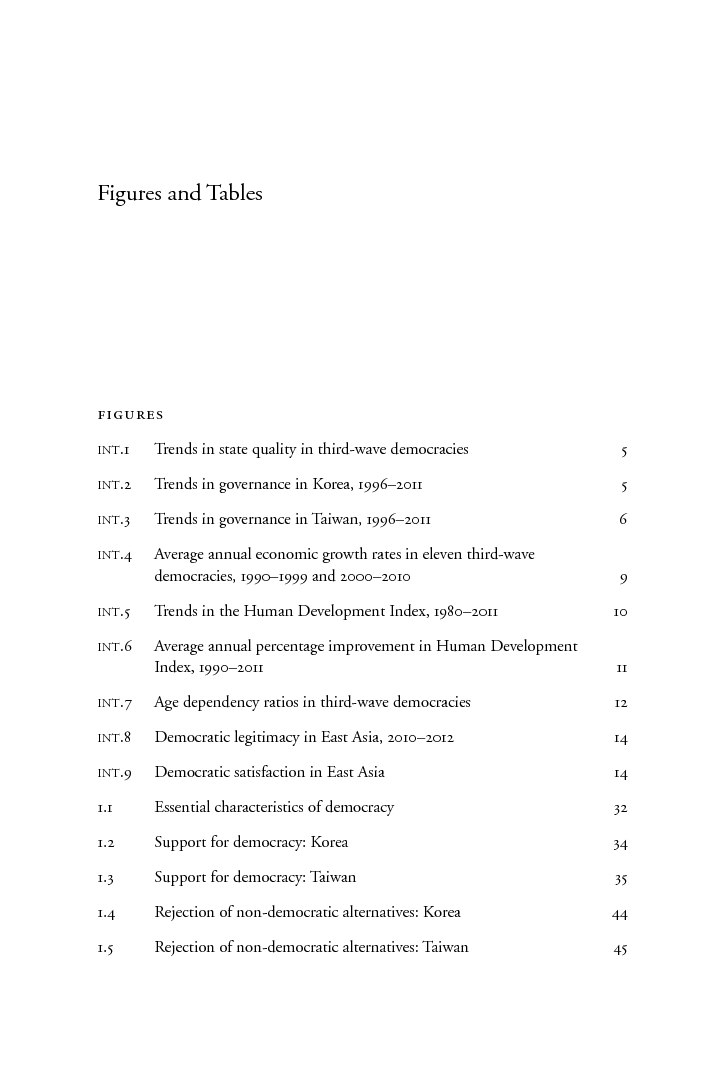