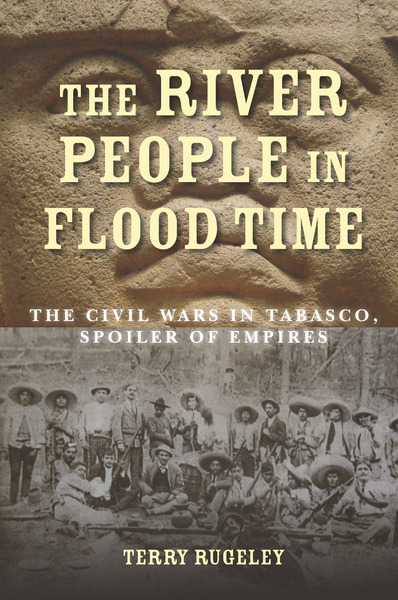 The River People in Flood Time
The Civil Wars in Tabasco, Spoiler of Empires
Terry Rugeley

The River People in Flood Time tells the astonishing story of how the people of nineteenth-century Tabasco, Mexico, overcame impossible odds to expel foreign interventions. Tabascans resisted control by Mexico City, overcame the grip of a Cuban adventurer who seized the region for two years, turned back the United States Navy, and defeated the French Intervention of the early 1860s, thus remaining free territory while the rest of the nation struggled for four painful years under the imposed monarchy of Maximilian.

With colorful anecdotes and biographical sketches, this deeply researched and masterfully written history reconstructs the lives and culture of the Tabascans, as well as their pre-Columbian and colonial past. Rugeley reveals how over the centuries, one colorful character after another sets foot on the Tabascan stage, only to be undone by climate, disease, and more than anything else, tenacious Tabascan resistance. Virtually the only English-language study of this little-known province, River People in Flood Time explores the ways in which geography, climate, and social relationships contributed to an extraordinarily successful defense against unwelcome meddling from the outside world.

River People in Flood Time demonstrates the complex relationship between imperial forces in relation to remote parts of Latin America, and the way that resistance to external pressure helped mold the thoughts, attitudes, and actions of those remote peoples. Nineteenth-century Mexico was more a land of localities than a unified nation, and Rugeley's narrative paints an indelible portrait of one of its least known and most unique provinces.

Terry Rugeley is Professor of Mexican and Latin American History at the University of Oklahoma and the author of several books including Rebellion Now and Forever: Mayas, Hispanics, and Caste War Violence in Yucatan, 1800–1880.

"Terry Rugeley's study of the oft-overlooked southeastern state of Tabasco is rich in historical drama, the texture of material life, and colorful personalities . . . Rugeley deduces what he can from these archives to tell as much of the story of Tabasco as possible. He acknowledges that his sources are partial and selective, yet prudently resists the temptation to speculate beyond his evidence. The River People in Flood Time is a must read for anyone interested in Tabasco. It also should be of interest to military historians and scholars interested in marginal regions that have similarly resisted internal pacification and external domination."

"Rugeley, a seasoned historian best known for his works on Yucatan, turns his attention to the province of Tabasco . . . Rugeley weaves a solid, insightful, and important narrative . . . [T]he author mined the available materials to illuminate as complete a picture as is currently possible . . . Recommended."

"This book strikes an excellent balance between erudition and accessibility. Rugeley's wry sense of humor, skills as anarrator, and command of sources make it a true pleasure to read. Scholars of Latin America with an interest in nineteenth century liberalism and conservatism, religion, and military history should seek this out."

"This is a story filled with one after another colorful regional figure and a parade of interlopers who typically are undone by the region's climate, swampy geography, insects, and tenacious, sometimes bellicose locals. This book will be required reading for all those interested in the history and politics of Mexico's southern states." 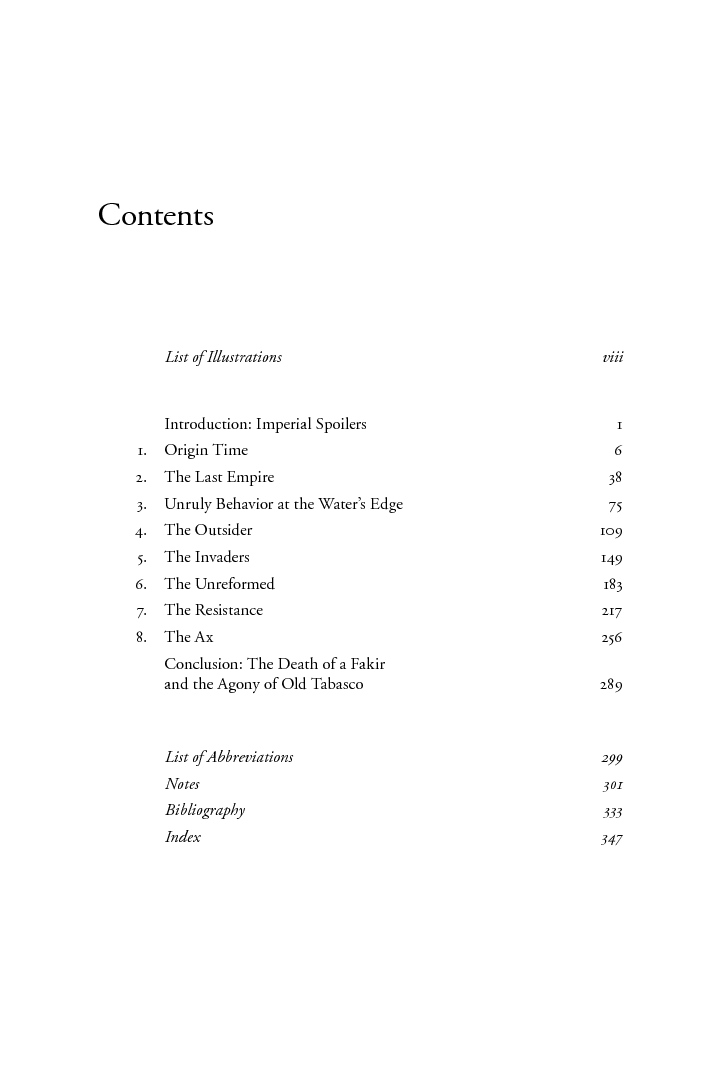 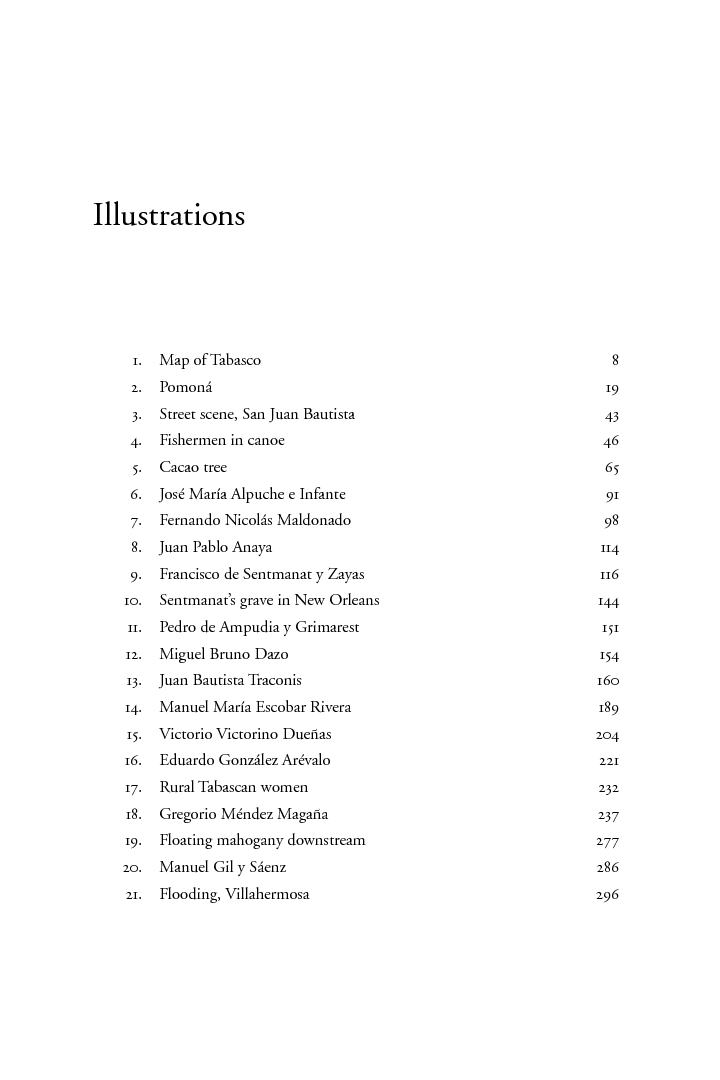 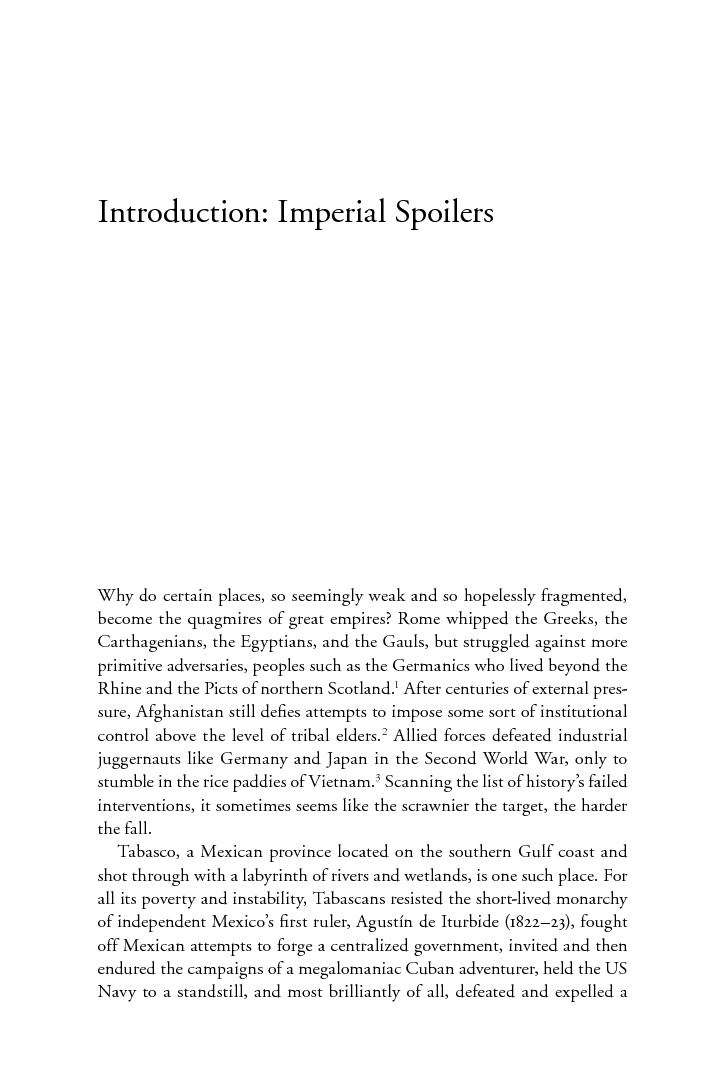