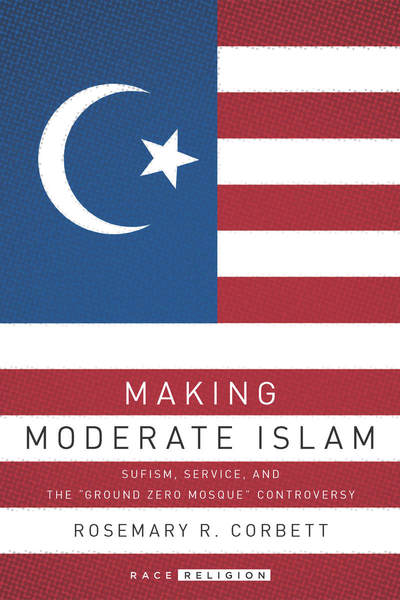 Drawing on a decade of research into the community that proposed the so-called "Ground Zero Mosque," this book refutes the idea that current demands for Muslim moderation have primarily arisen in response to the events of 9/11, or to the violence often depicted in the media as unique to Muslims. Instead, it looks at a century of pressures on religious minorities to conform to dominant American frameworks for race, gender, and political economy. These include the encouraging of community groups to provide social services to the dispossessed in compensation for the government's lack of welfare provisions in an aggressively capitalist environment. Calls for Muslim moderation in particular are also colored by racist and orientalist stereotypes about the inherent pacifism of Sufis with respect to other groups. The first investigation of the assumptions behind moderate Islam in our country, Making Moderate Islam is also the first to look closely at the history, lives, and ambitions of the those involved in Manhattan's contested project for an Islamic community center.

"Making Moderate Islam is an important contribution to the urgent questions around Muslims and citizenship. The central characters and debates here are striking, and even dramatic—including a post-9/11 climate, election-year grandstanding, right-wing punditry, think-tank support, and imperial logics of containment—and Corbett does a splendid job of identifying and invoking many of the players, tropes, and consequences of the story of the 'Ground Zero Mosque.'"

"Scholarship on Islam in America has generally overlooked the practices of middle-class Muslims and social elites, who, in the wake of the 2010 'Ground Zero Mosque' controversy, suddenly found themselves under attack despite having played by the rules. By uncovering the historical context of this national anti-Muslim campaign, Corbett demonstrates, in lively prose, how conceptualizations of 'moderate Islam' are the product of an interplay between race, class, and religion in America."

—Kambiz GhaneaBassiri, author of A History of Islam in America

"[T]his is not merely a well-done micro-history with impressive, long-term ethnographic sources. It is, at its core, a book tackling broader and theoretical notions of 'moderate' Islam, American belonging, and the limited acceptance of marginalized bodies within the American body politic...Because Corbett grounds her analysis in the local but focuses throughout on larger issues like race, gender, ethnicity, and religion in America, Making Moderate Islam is a valuable—and eminently teachable—monograph for scholars and students of Islam, America, and religious studies writ large."

"Corbett's conclusion, that limits to inclusion require communities to work with others to achieve their goals rather than separately or some will advance while others remain behind, extrapolates from the case study central to this book to the wider issue of social inclusion and advancement. This book is highly recommended as a thoroughly researched and riveting discussion of how American Muslims negotiate identity, belonging, and acceptance in the United States."

"Making Moderate Islam is a highly readable, engaging, and important contribution to the ongoing scholarship of Islam in America. Corbett is to be commended in using the "Ground Zero Mosque" controversy as an example of the limits to calls for religious toleration and moderation. The book is also a fascinating introduction to modern American Sufi practice in its various forms."––Salma Ahmad, Reading Religion