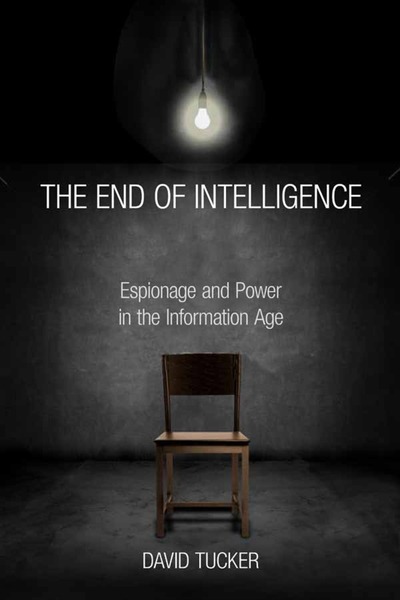 Using espionage as a test case, The End of Intelligence criticizes claims that the recent information revolution has weakened the state, revolutionized warfare, and changed the balance of power between states and non-state actors—and it assesses the potential for realizing any hopes we might have for reforming intelligence and espionage.

Examining espionage, counterintelligence, and covert action, the book argues that, contrary to prevailing views, the information revolution is increasing the power of states relative to non-state actors and threatening privacy more than secrecy. Arguing that intelligence organizations may be taken as the paradigmatic organizations of the information age, author David Tucker shows the limits of information gathering and analysis even in these organizations, where failures at self-knowledge point to broader limits on human knowledge—even in our supposed age of transparency. He argues that, in this complex context, both intuitive judgment and morality remain as important as ever and undervalued by those arguing for the transformative effects of information.

This book will challenge what we think we know about the power of information and the state, and about the likely twenty-first century fate of secrecy and privacy.

David Tucker is a Senior Fellow at the Ashbrook Center, Ashland University. He was formerly an associate professor in the Department of Defense Analysis at the Naval Postgraduate School. He has served in the Office of the Assistant Secretary of Defense for Special Operations and Low-Intensity Conflict and as a Foreign Service officer in Africa and Europe.

"The End of Intelligence is a perceptive and thoughtful contribution to the literature . . . His argument that the information revolution has increased the power of states relative to non-state actors challenges the views of many, and pushes us to reflect on the fate of secrecy and privacy in the future."

"Conventional wisdom holds that new information technologies have had a transformational effect on security and intelligence; this book casts doubt on that assumption . . . [The End of Intelligence] presents a serious and challenging analysis."

"The End of Intelligence takes the reader on a fascinating intellectual journey through the worlds of covert action and clandestine operations. The author's ability to weave together a broad range of materials from the ancient world to STUXNET, from the traditional battlefield to the cyber domain, is remarkable."

"David Tucker's new study of the information revolution and its implications for contemporary statecraft is uncommonly wise as well as impressively informed. At its center is nothing less than a theory of intelligence, one that ranges over twenty-five centuries of world history and at the same time is entirely at home with contemporary debates."

"In the age of too much information, intelligence continues to be vital. It bestows advantages on those who possess it, and information dominance continues to exist despite claims to the contrary. This book is a thoroughly enjoyable read and a welcome reminder that states still hold the upper hand in the realm of intelligence."

"David Tucker's perceptive analysis of the role of information in state power explodes multiple myths about the impact of the information age on espionage and warfare. His conclusion that self-knowledge and our moral sensibilities are more important than redoubling efforts to analyze increasing amounts of information about our adversaries is a classic insight wholly consistent with our liberal traditions—but all too easily forgotten by those demanding change in our national security institutions." 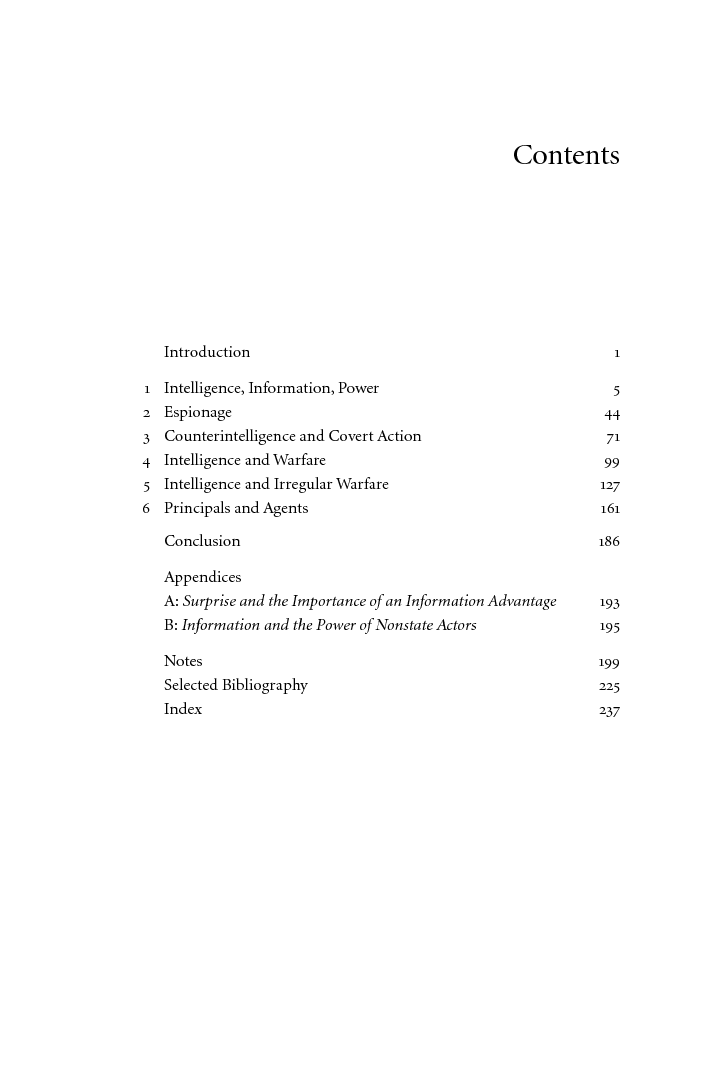 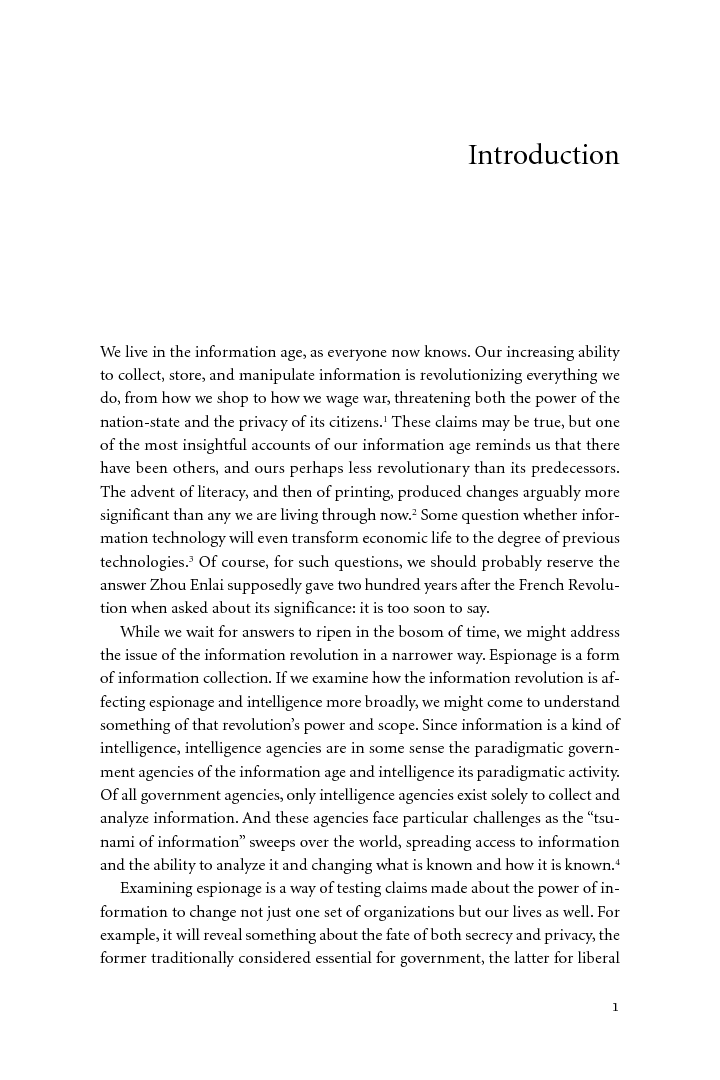