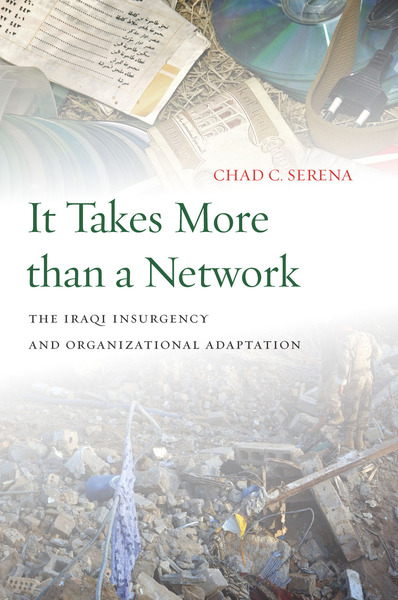 It Takes More than a Network
The Iraqi Insurgency and Organizational Adaptation
Chad C. Serena

Chad Serena is a Political Scientist with the RAND Corporation.

"He meticulously breaks down the insurgency into its constituent elements in accordance with the theory—examining the inputs and outputs of an organization, its networked structures, ability to adapt and learn on the fly and other critical variables . . .The book is an interesting and conscientious attempt to apply network theory to a complex social and political phenomenon . . . [It] is a welcome addition to the literature on insurgency and most particularly on American's experiences during its irregular wars in Iraq and Afghanistan. It is a book for policy professionals, academics, and military officers alike in this issue area."

"Serena employs a blend of technical analysis, in his assessment of the inner workings of complex covert networks, and empirical examples, which he draws from the insurgencies in Iraq and Afghanistan. This approach is successful in providing insight into the nature of the organizational adaptation of the Iraqi insurgency as well as in laying a framework for the future study of similarly organized martial groups . . . Serena's technical descriptions of organizational inputs and outputs in the early chapters is insightful and provides an academic audience with a foundation for future study of covert martial networks similar to the Iraqi insurgency . . . It Takes More than a Network is a convincingly argued and well-written book that provides a good deal of insight into the essential functions and adaptive capability of martially oriented covert networks."

"Does it take a network to defeat a network? This detailed case study of the insurgency in Iraq (and its comparison to Afghanistan) by Serena shows the reality is more complex. . . . This study, with a deep understanding of organizational theory and the practice of two major insurgencies, is both subtle and useful . . . Recommended."

"Experts on armed violence have noted the growing significance of network-organized insurgencies for some time, but until Chad Serena's important new book there was no comprehensive analysis of them integrating organizational theory and empirical research. His book is a path-breaking work that should be read by both scholars and practitioners."

"This book provides a very fresh approach to the ongoing insurgencies in Iraq and Afghanistan. The detailed analysis on the organizational aspects of the Iraqi insurgency offers valuable insights not only for ongoing armed movements, but also for broader issues surrounding violent groups."

"This is a powerful and important book that offers an original and compelling interpretation of why the Iraqi insurgency failed but the Afghan insurgency has proven more resilient. The author finds the answer in the relative capacity of the two insurgencies to adapt to U.S. counter-insurgency strategy and tactics. Serena brilliantly explains how the initial strengths of the Iraqi insurgency subsequently became weaknesses that the US was able to exploit and how this has not happened in Afghanistan. The analysis is subtle and sophisticated, highlighting the strengths and weaknesses, paradoxes and contradictions, and dilemmas and tradeoffs that characterize network organizations. Overall this is a major contribution to the understanding of networked armed groups and how governments can neutralize them. Should be compulsory reading for scholars, military planners, and policy-makers."

—Phil Williams, Posvar Chair and Director of the Ridgway Center, University of Pittsburgh

"Chad Serena's book makes a major contribution to our understanding of the nuts and bolts of the Iraqi insurgency, at a time when the United States is actually encountering remnants of that insurgency in the form of ISIS. He pulls back the veil on the insurgency movement with the most systematic and methodologically clear treatment to date." 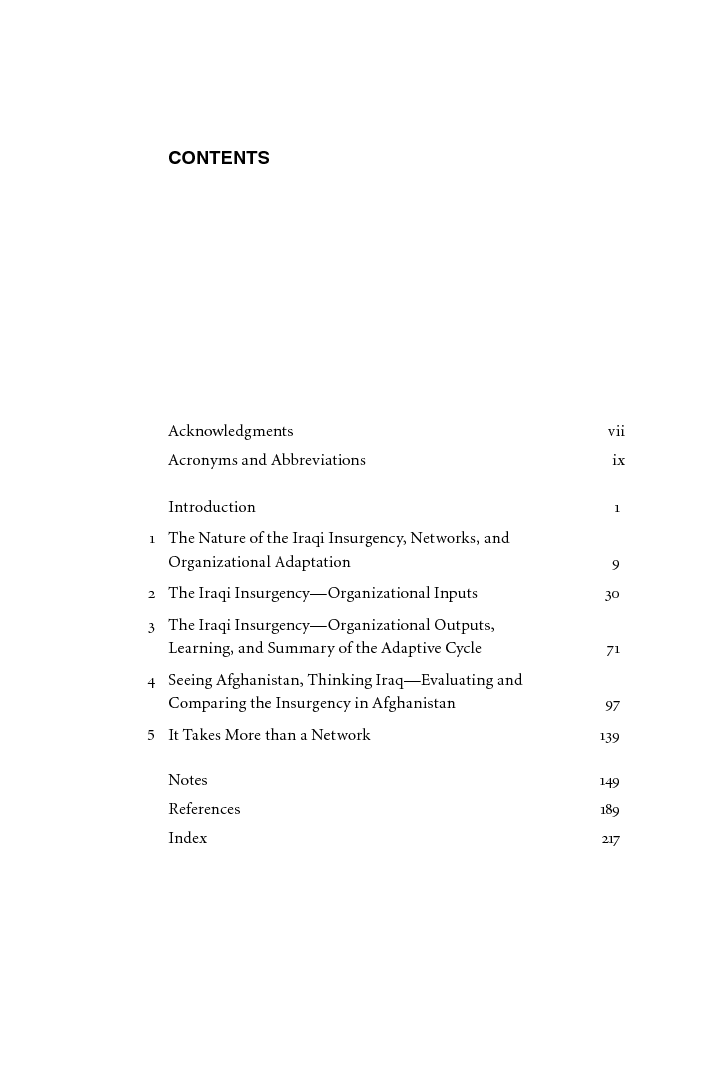 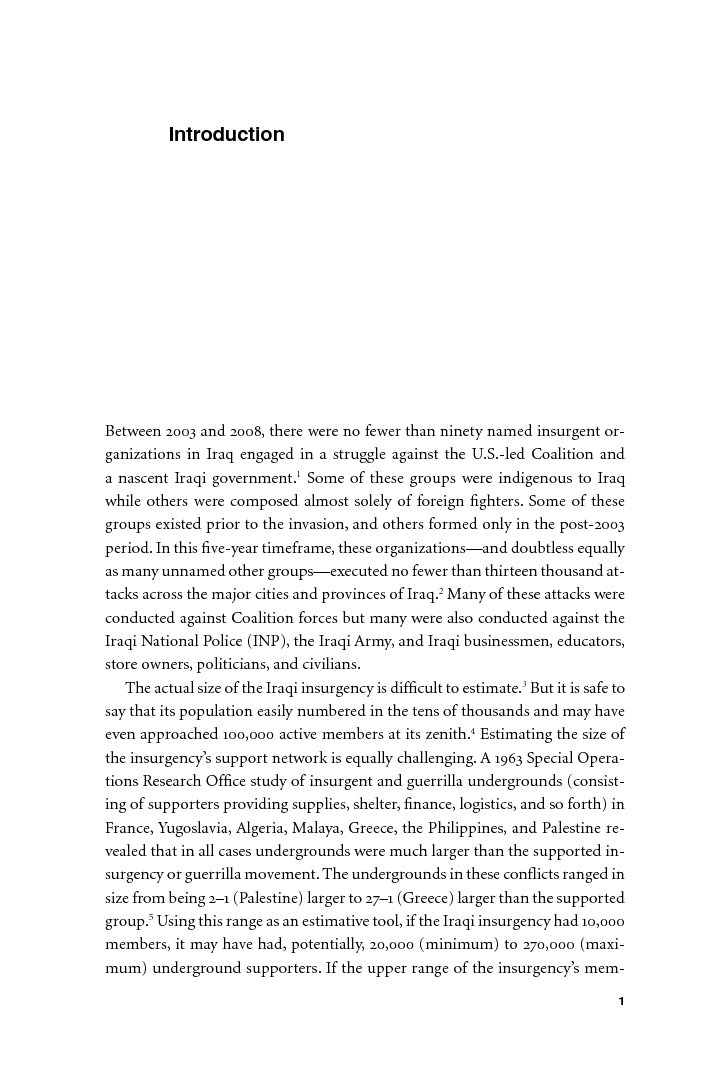