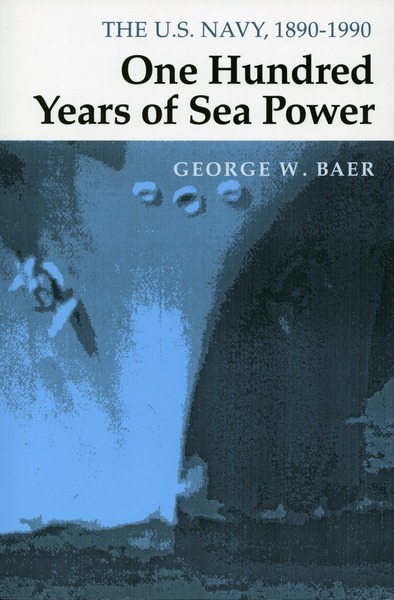 Winner of the 1995 Theodore & Franklin D. Roosevelt Naval History Prize, sponsored by the Navy League of the United States and the New York Council.

Winner of the 1995 Bonnot Award for Naval History.

Winner of the 1996 Distinguished Book Award, sponsored by the Society for Military History.

A navy is a state's main instrument of maritime force. What it should do, what doctrine it holds, what ships it deploys, and how it fights are determined by practical political and military choices in relation to national needs. Choices are made according to the state's goals, perceived threat, maritime opportunity, technological capabilities, practical experience, and, not the least, the way the sea service defines itself and its way of war. This book is a history of the modern U.S. Navy. It explains how the Navy, in the century after 1890, was formed and reformed in the interaction of purpose, experience, and doctrine.

"A fine book: meticulous, judicious, incisive. It is a book to which the conventional exaggerations—"must" reading, relevant, if you're only going to read one book on the subject, etc.—actually may be said to apply. . . . It is a study of the interactions of technology, bureaucracy, politics and culture, of how an institution adapts, or fails to adapt, to changing conditions. As such, the book belongs on a lot of desks at the Pentagon."

"Baer takes what could have been a dry topic—the political history of the modern U.S. Navy—and turns it into interesting reading."

"This is clearly one of the two or three most important works in American naval history published in the last decade; it has the potential to become a classic in the field. Well researched and carefully nuanced, it provides a distinctive perspective on the evolving historical relationship between national interest and national politics on the one hand and naval power on the other. Not only is this a significant contribution to scholarship—one that will critically influence how historians and political scientists think about American naval power—it is an enormously readable work. Baer writes beautifully, and he has organized his material effectively. The book is fully accessible to anyone interested in naval history."

"A valuable book that stimulates reflection, reconsideration, and debate."

"Policy makers will benefit greatly from reading Baer's erudite review of the navy's previous successes and failures in developing strategy. . . . In seeking to educate both the naval and the non-naval communities, Baer admirably fulfills the special obligation of a public historian to convey to several audiences his special understanding of the institution he serves."