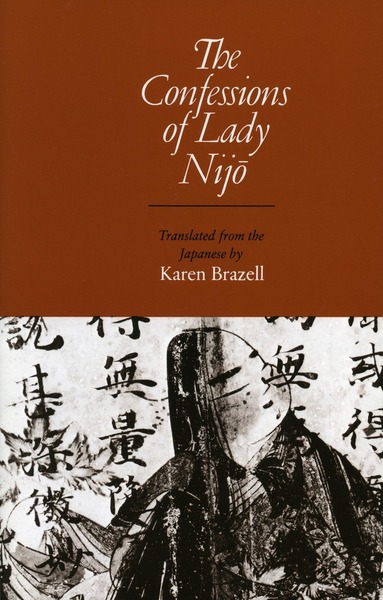 In about 1307 a remarkable woman in Japan sat down to complete the story of her life. The result was an autobiographical narrative, a tale of thirty-six years (1271-1306) in the life of Lady Nijo, starting when she became the concubine of a retired emperor in Kyoto at the age of fourteen and ending, several love affairs later, with an account of her new life as a wandering Buddhist nun.

Through the vagaries of history, however, the glory of Lady Nijo's story has taken six and half centuries to arrive. The Confessions of Lady Nijo or Towazugatari in Japanese, was not widely circulated after it was written, perhaps because of the dynastic quarrel that soon split the imperial family, or perhaps because of Lady Nijo's intimate portrait of a very human emperor. Whatever the cause, the book was neglected, then forgotten completely, and only a single manuscript survived. This was finally discovered in 1940, but would not be published until after World War II in 1950. This translation and its annotations draw on multiple Japanese editions, but borrow most heavily from the interpretations offered by Tsugita Kasumi.