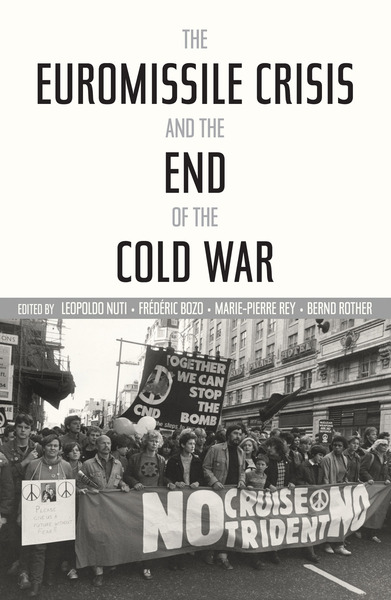 In the late 1970s, new generations of nuclear delivery systems were proposed for deployment across Eastern and Western Europe. The ensuing controversy grew to become a key phase in the late Cold War. This book explores the origins, unfolding, and consequences of that crisis. Contributors from international relations, political science, sociology, and history draw on extensive research in a number of countries, often employing declassified documents from the West and from the newly opened state and party archives of many Soviet bloc countries. They cover especially Soviet-Warsaw Pact relations, U.S.-NATO relations, and the role of public opinion worldwide in relation to the crisis.

Leopoldo Nuti is director of the Machiavelli Center for Cold War Studies and professor of the history of international relations at the University of Roma Tre.

Frederic Bozo is a professor of contemporary history in the Department of European Studies at the Sorbonne Nouvelle (University of Paris III).

Marie-Pierre Rey is a professor of Russian and Soviet history and director of the Research Slavic Center, University Paris I Panthéon Sorbonne.

Bernd Rother is a researcher and deputy managing director of the Chancellor Willy Brandt Foundation.

"This book fills a gaping hole in the literature by providing a detailed account of the Euromissile crisis, which decisively shaped European and American politics for nearly a decade. It is at the cutting edge of historical research on the Cold War, relying on new and declassified documents from a wide array of countries and sources. Not only does it cover a wide variety of national perspectives, but it delves into the role of individuals, social movements and public opinion."