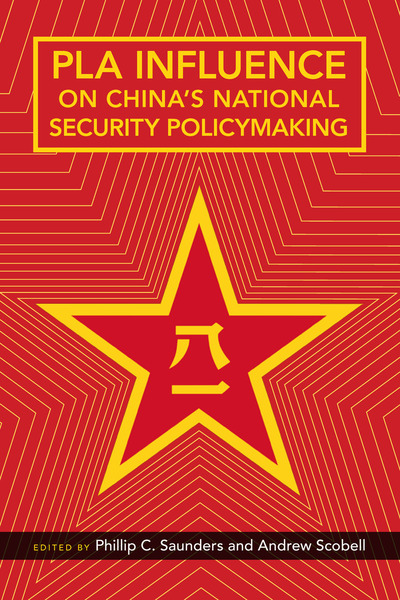 In recent years there have been reports of actions purportedly taken by People's Liberation Army (PLA) units without civilian authorization, and of Chinese Communist Party (CCP) civilian leaders seeking to curry favor with the military—suggesting that a nationalistic and increasingly influential PLA is driving more assertive Chinese policies on a range of military and sovereignty issues. To many experienced PLA watchers, however, the PLA remains a "party-army" that is responsive to orders from the CCP.

PLA Influence on China's National Security Policymaking seeks to assess the "real" relationship between the PLA and its civilian masters by moving beyond media and pundit speculation to mount an in-depth examination and explanation of the PLA's role in national security policymaking. After examining the structural factors that shape PLA interactions with the Party-State, the book uses case studies to explore the PLA's role in foreign policy crises. It then assesses the PLA's role in China's territorial disputes and in military interactions with civilian government and business, exploring the military's role in China's civil–military integration development strategy. The evidence reveals that today's PLA does appear to have more influence on purely military issues than in the past—but much less influence on political issues—and to be more actively engaged in policy debates on mixed civil-military issues where military equities are at stake.

Phillip C. Saunders is Director of the Center for the Study of Chinese Military Affairs at the National Defense University.

Andrew Scobell is a Senior Political Scientist at the RAND Corporation.

"The role of the Chinese military in decision-making is one of the most puzzling, yet most important, questions facing those who try to assess the threat that a rising China may pose to peace in Asia. In the face of alarmist myths and speculations, this book offers the seasoned insights of our best specialists into the distinctive Chinese model of civil-military relations."

"Bringing together the field's leading scholars under a single cover, PLA Influence on China's National Security Policymaking is a signal contribution to understanding PLA sway over China's national security policies and crisis management behavior. Describing the pathways by which PLA influence is exerted, this volume is the new field standard."

"Few issues concerning China are as important yet vexing as the roles of the military. This unique volume, by the leading specialists in the world, offers in-depth and nuanced analyses of both inputs and outputs of the PLA in shaping China's national security posture. Empirically rich and analytically insightful, this is the best assessment of the Chinese military to appear in many years."

"China's rapid rise to a great power status and the modernization of its armed forces have raised concerns about the PLA's [People's Liberation Army] gaining influence in China's national strategy, or in an even worse scenario, acting independently of the political leadership. The contributors of this book, however, argue that the PLA has remained subordinate to the country's political leadership. This should shatter foreign misperceptions and provide a better understanding of civil-military relations in China. Thus I highly recommend this volume, as it meets high academic standards and is a valuable addition to the existing knowledge on this topic."

"Saunders and Scobell have assembled leading authorities in civil-military relations in China, a subject of great importance for U.S.-Chinese relations and East Asian security....Highly informative."