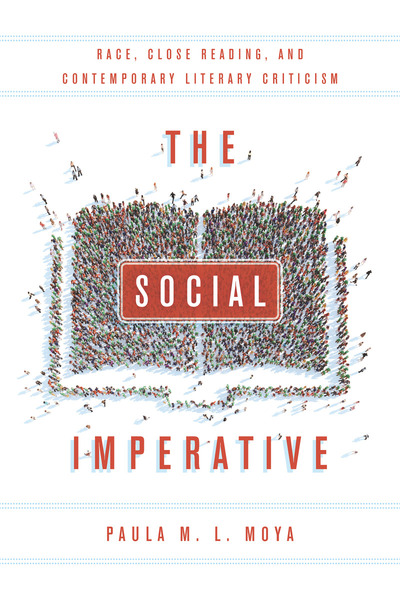 In the context of the ongoing crisis in literary criticism, The Social Imperative reminds us that while literature will never by itself change the world, it remains a powerful tool and important actor in the ongoing struggle to imagine better ways to be human and free. Figuring the relationship between reader and text as a type of friendship, the book elaborates the social-psychological concept of schema to show that our multiple social contexts affect what we perceive and how we feel when we read. Championing and modeling a kind of close reading that attends to how literature reflects, promotes, and contests pervasive sociocultural ideas about race, ethnicity, gender, and sexuality, Paula M. L. Moya demonstrates the power of works of literature by writers such as Junot Diaz, Toni Morrison, and Helena Maria Viramontes to alter perceptions and reshape cultural imaginaries. Insofar as literary fiction is a unique form of engagement with weighty social problems, it matters not only which specific works of literature we read and teach, but also how we read them, and with whom. This is what constitutes the social imperative of literature.

Paula M. L. Moya is Professor of English and, by courtesy, of Iberian and Latin American Cultures at Stanford University.

"The Social Imperative" is an elucidating and engrossing book that has the potential to take its place immediately among the essential works that address close reading in relation to imaginative literature about race, gender, and ethnicity."

"Ultimately, The Social Imperative is a book that teaches us not only about literature, race, and criticism, but about life, how we live, and what it means that the world we live in has literature in it. It is a book that scholars in the humanities have been sorely needing, and critics of any theoretical school will find something useful and admirable in it."

"Moya's method illustrates her claim that contemporary African American and Latina/o literature rewards close reading within a social context....Moya restores sociality and emotion to the realm of close reading, even as the discipline of literary study has attempted to contrast such features with a rarefied "universal" aesthetic."