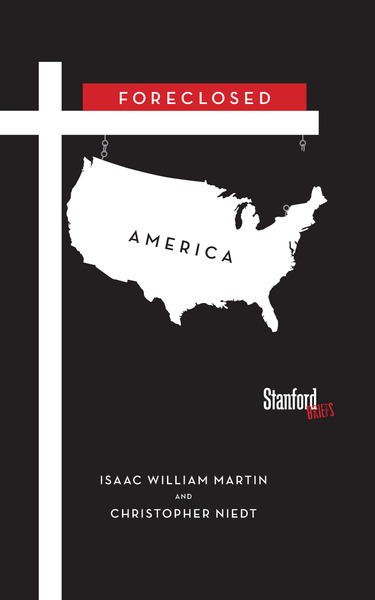 From 2007 to 2012, almost five percent of American adults—about ten million people—lost their homes because they could not make mortgage payments. The scale of this home mortgage crisis is unprecedented—and it's not over. Foreclosures still displace more American homeowners every year than at any time before the twenty-first century. The dispossession and forced displacement of American families affects their health, educational success, and access to jobs. It continues to block any real recovery in the hardest-hit communities.

While we now know a lot about how this crisis affected the global economy, we still know very little about how it affected the people who lost their homes. Foreclosed America offers the first representative portrait of those people—who they are, how and where they live after losing their homes, and what they have to say about their finances, their neighborhoods, and American politics. It is a sobering picture of Americans down on their luck, and of a crisis that is testing American democracy.

Isaac William Martin is Professor of Sociology at the University of California, San Diego.

Christopher Niedt is Associate Professor of Sociology at Hofstra University.

"Isaac Martin and Christopher Niedt offer the most compelling portrait yet of the people and communities affected by the foreclosure crisis. In their brisk analysis, they provide an autopsy of the crisis and the anemic policy response. With an unrelenting focus on people, they deepen the democratic imperatives that must inform the housing policies of the future."

"The losses suffered by Americans from the foreclosure crisis cannot simply be measured in dollars. The harms of home loss are to families, communities, society, and our political process. Foreclosed America takes a long overdue big picture look at the fallout from foreclosure."

"Isaac Martin and Christopher Niedt offer the first examination of the human impacts of the foreclosure crisis, and in so doing speak to our collective failure to rise to the challenge of Wall Street's domination of our politics and public policy. In bringing these dispossessed and invisible homeowners into full view, Martin and Niedt call upon us to address once and for all the roots and impacts of the crisis."