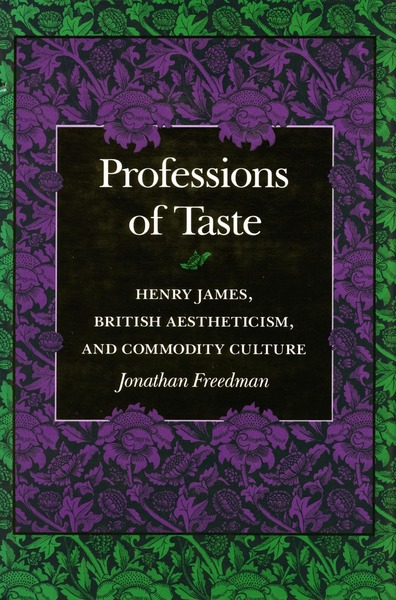 "Our understanding of the way Pre-Raphaelite concerns fertilized the aestheticist breeding grounds of Anglo-American modernism takes a leap forward with Freedman's Professions of Taste, an ambitiously theorized, handsomely written, and enlightening book."

"Professions of Taste is a work that Henry James might have read with pleasure. It is beautifully written, crafted in the highest spirit of critical enterprise."

"An important and innovative book. . . . Professions of Taste reopens the question of later James in a new fashion and with a new perspective. A richer geneaology of modernism, and indeed postmodernism, begins to take shape, in which both the problematics of British aestheticism and James's relations with it play an important role."

"This well-written study sheds much new light on the sphere of experience and expertise, 'the aesthetic,' that was created in the latter half of the nineteenth century."