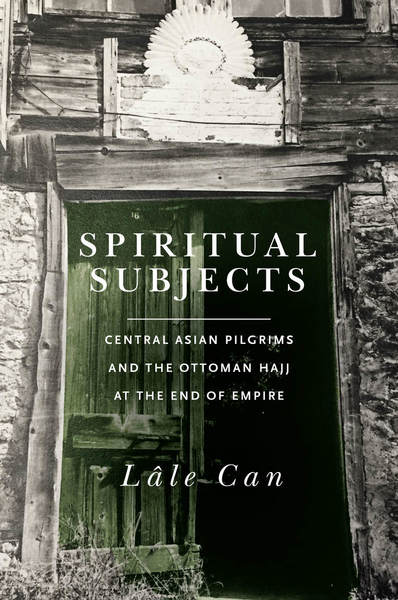 At the turn of the twentieth century, thousands of Central Asians made the annual pilgrimage to Mecca. Traveling long distances, many lived for extended periods in Ottoman cities dotting the routes. Though technically foreigners, these Muslim colonial subjects often blurred the lines between pilgrims and migrants. Not quite Ottoman, and not quite foreign, Central Asians became the sultan's spiritual subjects. Their status was continually negotiated by Ottoman statesmen as attempts to exclude foreign Muslim nationals from the body politic were compromised by a changing international legal order and the caliphate's ecumenical claims.

Spiritual Subjects examines the paradoxes of nationality reform and pan-Islamic politics in late Ottoman history. Lâle Can unravels how imperial belonging was wrapped up in deeply symbolic instantiations of religion, as well as prosaic acts and experiences that paved the way to integration into Ottoman communities. A complex system of belonging emerged—one where it was possible for a Muslim to be both, by law, a foreigner and a subject of the Ottoman sultan-caliph. This panoramic story informs broader transregional and global developments, with important implications for how we make sense of subjecthood in the last Muslim empire and the legacy of religion in the Turkish Republic.

Lâle Can is Assistant Professor of History at The City College of New York, CUNY.

"Spiritual Subjects is a beautifully and imaginatively crafted history of the hajj as a social, cultural, political, and spiritual phenomenon. Lâle Can humanizes the Central Asian pilgrims, telling their stories with the same grace and veneration that they showed in the course of their spiritual journey. A remarkable work that critically reexamines legal and cultural questions of Central Asian Muslim belonging to Ottoman imperial and Turkish national communities."

"In this beautifully written book, Lâle Can offers us a striking new vision of the late Ottoman Empire and its relationship with pilgrims from Central Asia. Part study of Ottoman transformation, part social history of travel and the hajj, Spiritual Subjects will reshape our understanding of Islam in the late Ottoman order."

"Spiritual Subjects offers a powerful message. Outlining the history of the Central Asian Ottoman-period Hajj, this book narrates a tale that has previously been known only in partial relief. The story Lâle Can tells here deftly opens up a fascinating new world to readers."

"Can's ability to weave first-person voice with historical analysis is effective, even moving, and she does so without detracting from the deep erudition and archival foundations of the work. Here Spiritual Subjects welds governmental questions of imperial citizenship international law and the Ottoman Empire's nationalization reforms, as well as grassroots questions of Sufi social and pietistic networks, in a seamless and riveting narrative."

"Lâle Can's Spiritual Subjects: Central Asian Pilgrims and the Ottoman Hajj at the End of Empire is a meticulously researched and beautifully crafted book on the Central Asian hajj and Ottoman management of religious mobility."

"Spiritual Subjects is a fascinating story of movement, faith, and integration that acknowledges the geopolitical concerns and considerations of imperial rivalry at the end of empire but pushes that to the background in order to bring to life the experiences of what Can calls 'ordinary' people."