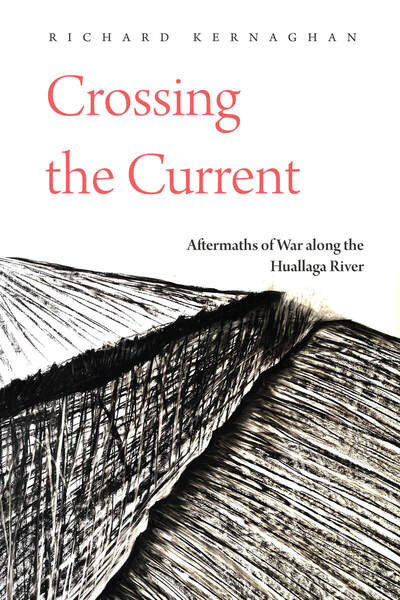 In contemporary accounts of the Shining Path insurgency and Peru's internal war, the Upper Huallaga Valley has largely been overlooked—despite its former place as the country's main cocaine-producing region. From afar, the Upper Huallaga became a political and legal no-man's-land. Up close, vibrant networks of connection endured despite strict controls on human habitation and movement. This book asks what happens to such a place once prolonged conflict has ostensibly passed. How have ordinary encounters with land, territory, and law, and with the river that runs through them all, been altered in the aftermaths of war?

Gathering stories and images to render the experiences of transportation workers who have ferried passengers and things across and along the river for decades, Richard Kernaghan elaborates a notion of legal topographies to understand how landscape interventions shape routes, craft territories, and muddle temporalities. Drawing on personal narratives and everyday practices of transit, this ethnography conveys how prior times of violence have silently accrued: in bridges and roads demolished, then rebuilt; in makeshift moorings that facilitate both licit and illegal trades; and above all through the river, a liquid barrier and current with unstable banks, whose intricate mesh of tributaries partitions terrains now laden with material traces and political effects of a recent yet far from finished past.

Richard Kernaghan is Associate Professor of Anthropology at the University of Florida. He is the author of Coca's Gone: Of Might and Right in the Huallaga Post-Boom (Stanford, 2009).