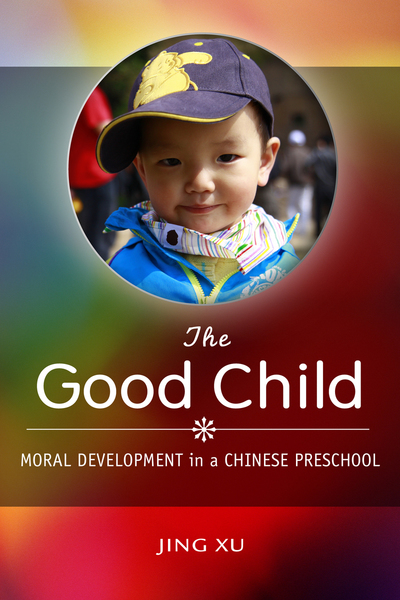 Chinese academic traditions take zuo ren—self-fulfillment in terms of moral cultivation—as the ultimate goal of education. To many in contemporary China, however, the nation seems gripped by moral decay, the result of rapid and profound social change over the course of the twentieth century. Placing Chinese children, alternately seen as China's greatest hope and derided as self-centered "little emperors," at the center of her analysis, Jing Xu investigates the effects of these transformations on the moral development of the nation's youngest generation.

The Good Child examines preschool-aged children in Shanghai, tracing how Chinese socialization beliefs and methods influence their construction of a moral world. Delving into the growing pains of an increasingly competitive and changing educational environment, Xu documents the confusion, struggles, and anxieties of today's parents, educators, and grandparents, as well as the striking creativity of their children in shaping their own moral practices. Her innovative blend of anthropology and psychology reveals the interplay of their dialogues and debates, illuminating how young children's nascent moral dispositions are selected, expressed or repressed, and modulated in daily experiences.

"What is most wonderful about this contribution to the anthropology of childhood is its fine-grained analyses of actual practices, behaviors, reactions, and musings, compellingly illustrated in a series of stories distilled both from interviews with teachers, parents, other caregivers and children themselves, and from the author's own observations in this Shanghai preschool. The stories and observations both affirm the validity of the ethnographic method, and challenge any tendency to ignore the inherent tensions in a given educational philosophy or practice."

"Jing Xu has opened a new window into understanding the Chinese people, taking culture seriously, reviving concerns about the relationship between socialization and moral norms, and combining insights from anthropology and psychology. The Good Child is the most significant work of sinological anthropology I have read in a long time."

"This richly detailed ethnography is full of thought-provoking findings that deepen our understanding of moral dilemmas prevalent in Chinese society, and contribute innovative new perspectives to the study of children's morality. Its deft and rigorous use of interviews, surveys, experiments, and participant observation is a model of the synergies that can result from integration of psychological and anthropological approaches."

"[T]his is an important book which highlights key challenges that caregivers and educators face in contemporary China. The ethnographic data is rich, and the detailed quotes of caregivers and children are fascinating and thought-provoking. In contrast to psychological literature, empathy is a relatively new topic in anthropological literature. The detailed ethnographic evidence that Xu documented and the complex analysis that Xu carried out bridge this gap and contribute to the understanding that culture and education play a significant role in cultivating empathy, as well as other moral ideas."

"The Good Child is an eminently readable study of moral subjectification in a private preschool located in a middle-class neighbourhood of Shanghai's Pudong district....A major innovation lies in Xu's combination of immersive fieldwork with psychology experiments....Most importantly, the descriptions in the book, rich and fine-grained, are based on daily visits to Biyu Preschool....While The Good Child very much straddles the fields of cultural anthropology and developmental psychology, its contribution to China studies is unmistakable."

"[T]his brilliant ethnographic study provides a rich analysis of the new tensions between school educators, family members, and unique children around the cultivation of moral values in contemporary China....The most brilliant element of this book definitely lies in its main purpose: the comprehension of how this environment, characterized by a moral crisis, will shape the next generation of Chinese people and, more broadly, the society itself. By putting emphasis on children's own creativity and agency in moral socialization, The Good Child shows how these little emperors, as active social actors, can reconfigure the future of China."

"It is by no means a small feat to bring the complex topic of moral socialization in Chinese early childhood into a thesis that is sophisticated in organization, adventurous in method, and fine-grained in analysis. Xu's study provides a map for future research in this area."––Yeh Hsueh, The Journal of Asian Studies

"Jing Xu, in giving us a splendid anthropologically grounded and psychologically informed study of children's moral development, has provided a nuanced assessment of the on- going efforts among Chinese to live properly as ethical people in a rapidly changing society. It is a study worthy of everyone's attention."––William Jankowiak, The China Journal