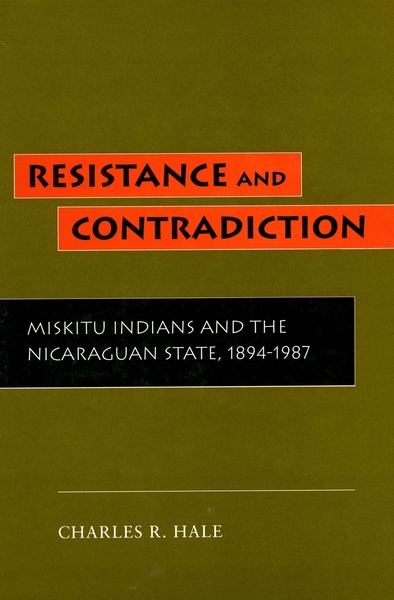 A mere eighteen months after the Sandinistas came to power in Nicaragua in 1979, Miskitu Indians engaged in a widespread and militant anti-government mobilization. In late 1984, after more than three years of intense conflict, a negotiated transition to peace and autonomy began. This study analyzes these contrasting moments in Nicaraguan ethnic politics, drawing on four years of field research in a remote Miskitu community and in the central town of Bluefields. Fieldwork on both sides of the conflict allows the author to juxtapose Miskitu and Sandinista perspectives, to show how actors on each side understood the same events in radically different ways and how they moved gradually toward reconciliation.

Since 1894, Miskitu people have faced an expansionist nation-state and have participated as well in a U.S.-controlled enclave economy and a civil society dominated by U.S. missionaries. The cultural logic of contemporary ethnic conflict, the book argues, can be found in the legacy of Miskitu responses to this dual subordination. While resisting the Nicaraguan state, Miskitu people drew closer to the Anglo-American institutions and worldview. These inherited premises of "Anglo affinity," combined with militant ethnic demands, motivated the post-revolutionary mobilization. Sadinista revolutionary nationalism, in turn, had little tolerance for ethnic militancy, and even less for Anglo affinity. Only with autonomy negotiations did both sides begin to address these underlying causes of the conflict. Though portraying autonomy as a major step toward peaceful conflict resolution and more egalitarian ethnic relations, the nook concludes that this new political arrangement did not, and perhaps could not, fully overcome the contradictions from which it arose.

The book offers a critique of existing approaches to ethnic mobilization and to revolutionary nationalism in Central America, putting forward an alternative framework grounded in Gramscian culture theory. This permits a grasp of the combined presence of ethnic militancy and Anglo affinity in the Miskitu people’s consciousness, a previously unexamined key to Miskitu collective action. The same notion of "contradictory consciousness" illuminates the Sadinistas’ thought and practice: They too espoused a determined political militancy fused with assimilationist premises toward Indians, which created contradictions at the core of their egalitarian revolutionary vision.

"Dispensing with the established practice of detached, 'objective' social science research, Hale consciously assumes a dual role of researcher and political actor in studying ethnic conflict in a revolutionary context. . . . In this innovative work, he significantly advances understanding of the central contradiction in revolutionary Central America."

"Resistance and Contradiction is both well researched and intellectually rich, providing original and stimulating insights into Miskitu-state relations prior to and during the period of Sandinista rule. Its contributions to ongoing debates on resistance and hegemony, agency and structure, and the dynamics between states and ethnically subordinate groups mean it deserves a wider readership than Nicaraguan specialists."

"In this fascinating monograph Hale . . . crafts a fine history of a people who have remained obscure and elusive for centuries. . . . At the same time he engages many questions central to contemporary anthropological theory."

"In this fascinating work Hale crafts a fine history of a people who have remained obscure and elusive for centuries. . . . At the same time he engages many questions central to contemporary anthropological debates."

"Well researched and intellectually rich, providing original and stimulating insights into Miskitu-state relations prior to and during the period of Sandinista rule, . . . It deserves a wider readership than Nicaraguan specialists."