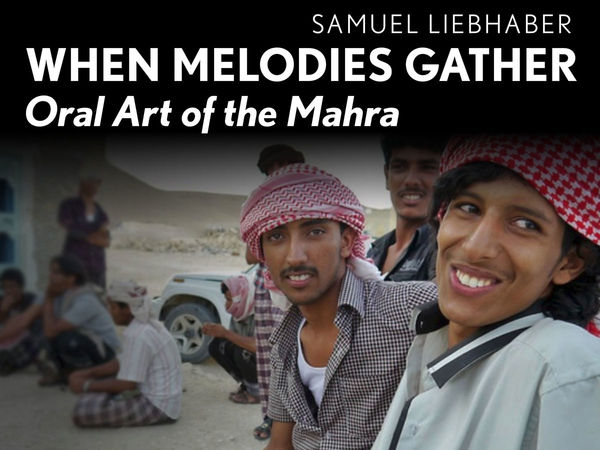 When Melodies Gather
Oral Art of the Mahra
Samuel Liebhaber

The Mahra people of the southern Arabian Peninsula have no written language but instead possess a rich oral tradition. Samuel Liebhaber takes readers on a tour through their poetry, collected by the author in audio and video recordings over the course of several years.

Based on this material, Liebhaber developed a systematic approach to Mahri poetry that challenges genre-based categorizations of oral poetry from the Arabian Peninsula. By taking into account all Mahri poetic expressions—the majority of which don't belong to any of the known genres of Arabian poetry—Liebhaber creates a blueprint for understanding how oral poetry is conceived and composed by native practitioners. Each poem is embedded in a conceptual framework that highlights formal similarities between them and recapitulates how Mahri poets craft poems and how their audiences are primed to receive them.

The web-based medium allows users not only to delve into the classification system to explore the diversity and complexity of the Mahra's poetic expressions, but also to experience the formation of a poem in the moment. Through a series of questions designed to define the social context in which a poem is being created, the reader is taken on an experiential tour through the corpus that highlights the embeddedness of poetry in the Mahras' everyday practices.

Samuel Liebhaber is Associate Professor of Arabic at Middlebury College.

"Featuring Arabic as well as Mahran texts translated and annotated in English, When Melodies Gather is a superb educational resource for appreciating the verbal and performative skill of modern tribal bards."

"Of vital importance to the documentation of Mahri, When Melodies Gather enables native speakers and scholars alike to examine and appreciate an endangered genre within an endangered language."