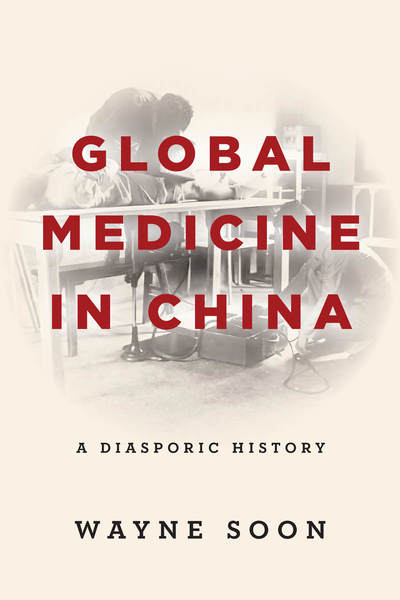 In 1938, one year into the Second Sino-Japanese War, the Chinese military found itself in dire medical straits. Soldiers were suffering from deadly illnesses, and were unable to receive blood transfusions for their wounds. The urgent need for medical assistance prompted an unprecedented flowering of scientific knowledge in China and Taiwan throughout the twentieth century. Wayne Soon draws on archives from three continents to argue that Overseas Chinese were key to this development, utilizing their global connections and diasporic links to procure much-needed money, supplies, and medical expertise. The remarkable expansion of care and education that they spurred saved more than four million lives and trained more than fifteen thousand medical personnel. Moreover, the introduction of military medicine shifted biomedicine out of elite, urban civilian institutions and laboratories and transformed it into an adaptive field-based practice for all. Universal care, practical medical education, and mobile medicine are all lasting legacies of this effort.

Wayne Soon is Assistant Professor of History at Vassar College.

"Wayne Soon's excellent book shows how elite diasporic actors were a powerful force in the development of Chinese biomedicine. They injected their visions into policy discussions, mobilized their networks, and led with an authority based on their experiences and expertise. Drawing on an impressive range of sources, Soon breaks new ground in illustrating how diaspora is a rich category of analysis for knowledge and institutional production."

"Global Medicine in China could not be more-timely or more relevant. As we face a life-altering pandemic in the twenty-first century, this study provides powerful historical lessons about how the local and global have always been intertwined in the history of public health and modern medicine. Opening with the Manchurian Plague of 1911 and moving to wartime medicine, the book sheds important light on how overseas Chinese diasporic figures played a crucial role in the making of biomedicine in modern China. This book is a must read for all of us today as we are reminded daily of the global entanglements of health and politics."

"Wayne Soon's book on the rise of global medicine in China in the first half of the twentieth century addresses its lessons directly to the People's Republic of China in the midst of a global pandemic—transparency and global cooperation are key to coming to terms with a health crisis... It offers a necessary corrective to a false dichotomy that medical developments were either indigenous or imperialist interventions."

"Although scholars have paid plenty of attention to Dr Wu Lien-Teh, the efforts of other prominent medical personalities and Overseas Chinese as a whole have as yet been under-researched. Soon's new book represents a timely effort to fill this academic gap and offers a new lens through which to understand how China and the world have been connected through the Chinese diaspora."