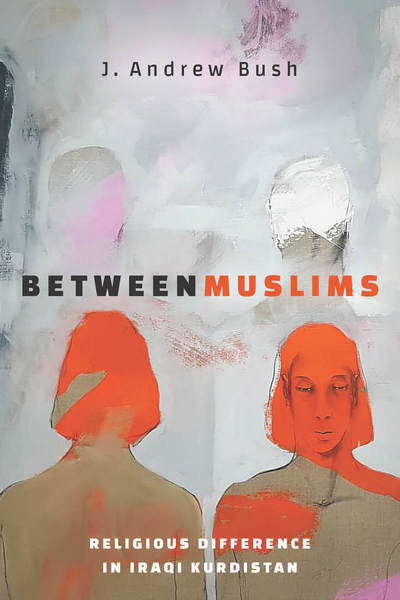 Within the broad contours of Islamic traditions, Muslims are enjoined to fast during the month of Ramadan, they are invited to a disciplined practice of prayer, and they are offered the Quran as the divine revelation in the most beautiful verbal form. But what happens if Muslims choose not to fast, or give up prayer, or if the Quran's beauty seems inaccessible? When Muslims do not take up the path of piety, what happens to their relationships with more devout Muslims who are neighbors, friends, and kin?

Between Muslims provides an ethnographic account of Iraqi Kurdish Muslims who turn away from devotional piety yet remain intimately engaged with Islamic traditions and with other Muslims. Andrew Bush offers a new way to understand religious difference in Islam, rejecting simple stereotypes about ethnic or sectarian identities. Integrating textual analysis of poetry, sermons, and Islamic history into accounts of everyday life in Iraqi Kurdistan, Between Muslims illuminates the interplay of attraction and aversion to Islam among ordinary Muslims.

"A finely nuanced study about the impossibility of sequestering what is religious from what is not. In exemplary fashion, Andrew Bush shows us how the categories with which we work—religion, atheism, or secularism—are insufficient to understand the simultaneously sacred and profane world of everyday life."

"Andrew Bush has written a remarkable book that makes highly original contributions to the anthropology of religion as well as Kurdish studies. There is no other book quite like this. Approaching Kurdish society through its poetics, he has grasped important insights into the ambiguities of everyday ethics underlying the social reality of contemporary Kurdistan."

"Written with a scholar's rigor and a poet's grace, Between Muslims depicts textures of Islamic tradition rarely discussed in the literature. Fiercely independent in its approach to theorizing Muslim life, this deeply-layered monograph is a must-read for scholars in anthropology, religious studies, and beyond."

"A refreshing departure from the focus on nationalist identity in studies of Iraqi Kurdistan, Between Muslims is a beautifully written and original work on the dynamics of Islamic traditions. Andrew Bush subtly explores how 'fractures of difference' are lived in everyday intimate relationships."

"[G]roundbreaking and innovative... Between Muslims holds up as an accessible and eloquent account of social dynamics in contemporary Iraqi Kurdistan."

—Edith Szanto, Journal of the American Academy of Religion

"A nuanced reflection on how Muslims inhabit lukewarm attitudes toward piety in contexts suffused with piety. [Between Muslims] is also an elegant exploration of Kurdish poetry and the ways it animates contemporary Kurds' self-expression."

"Between Muslims is a major contribution to scholarshipon the importance of multiple ways of being Islamic."