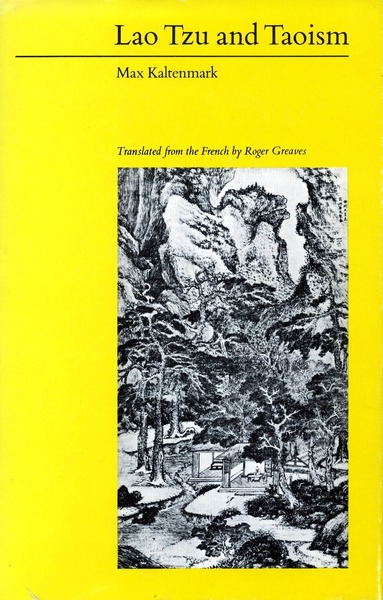 Apart from Confucius, Lao Tzu is the most eminent figure in Chinese antiquity. The book attributed to him, the Tao Te Ching, is the classic statement of the system of thought known as Taoism. Much of the doctrine of the Tao Te Ching was later clarified and modified by the greatest of the Taoist philosophers and writers, Chuang Tzu, whose chief work bears his name.

The major ideas contained in these two early texts form the basis of this concise yet comprehensive history and analysis of Taoism, which also presents biographical information on Lao Tzu and Chuang Tzu and an account of religious Taoism.

Largely because of its emphasis on passivity, quietism, and mysticism, Taoism never enjoyed wide popular or official favor, and it was gradually overshadowed by the more positive and active ideology of Confucianism. Through the centuries, however, its influence on intellectuals has led to much of China's greatest art and literature, not to mention a religion that has persisted as a spiritual force to the present day.

Max Kaltenmark is Professor of Chinese Religion and Literature at the University of Paris.