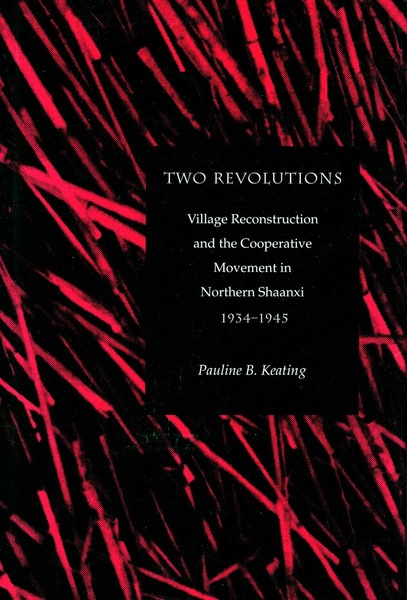 A study of the Chinese Communist Party’s revolutionary enterprise in northern Shaanxi during the 1934-45 period, this book argues that the “Yan’an Way,” long celebrated by the Party as the foundation and model for its success, was a product of quite special circumstances that were not replicable in most other parts of China.

In late 1943, Mao Zedong hailed the rural cooperative movement in northern Shaanxi as the northwest base area’s “second revolution,” the first being the land reform of 1934-36. Based on newly available Chinese sources, the book studies the different styles and consequences of the Party’s efforts in two key subregions of northern Shaanxi, Yanshu (the home of the “Yan’an Way”) and Suide. The critical difference between the two subregions was an abundance of land in Yanshu and a severe scarcity of land in densely populated Suide. In Yanshu, the Party was able to ride a wave of farmer enthusiasm for farm building and development, whereas in Suide the task was to cull farming populations, resulting in resentment of cadre heavy-handedness.

To show the variation in reform outcomes in the two subregions, the author examines the result of the Party’s major reconstruction initiatives: internal migration, tax reform and tax collection mobilizations, tenancy reform, and heightened agricultural goals. Predictably, because of the widely varying conditions in Yanshu and Suide, community building took radically different forms and had strikingly different consequences.

Throughout, the book considers the evolution of peasant-Party relations in a period when the Party was consolidating its state-building and rural development strategies. It also studies the meaning of rural “democracy” in the Communist base area, the problem of “peasant consciousness” in relation to revolution and mobilization, the function of rural cooperatives, and the state-village nexus as it developed during a period of revolutionary upheaval.

Pauline B. Keating is Senior Lecturer in History at Victoria University of Wellington, New Zealand.