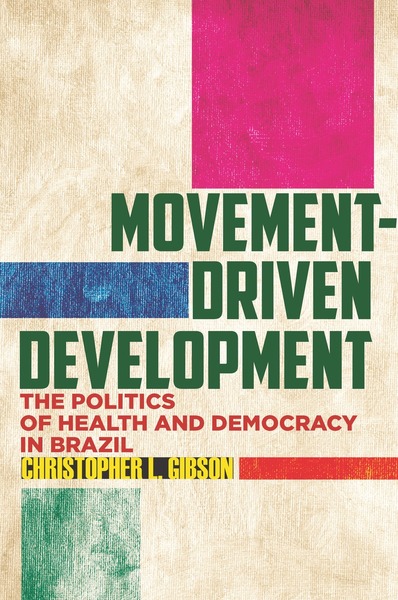 Movement-Driven Development
The Politics of Health and Democracy in Brazil
Christopher L. Gibson

In the late twentieth and early twenty-first centuries, Brazil improved the health and well-being of its populace more than any other large democracy in the world. Long infamous for its severe inequality, rampant infant mortality, and clientelist politics, the country ushered in an unprecedented twenty-five-year transformation in its public health institutions and social development outcomes, declaring a striking seventy percent reduction in infant mortality rates.

Thus far, the underlying causes for this dramatic shift have been poorly understood. In Movement-Driven Development, Christopher L. Gibson combines rigorous statistical methodology with rich case studies to argue that this transformation is the result of a subnationally-rooted process driven by civil society actors, namely the Sanitarist Movement. He argues that their ability to leverage state-level political positions to launch a gradual but persistent attack on health policy implementation enabled them to infuse their social welfare ideology into the practice of Brazil's democracy. In so doing, Gibson illustrates how local activists can advance progressive social change more than predicted, and how in large democracies like Brazil, activists can both deepen the quality of local democracy and improve human development outcomes previously thought beyond their control.

Christopher L. Gibson is Assistant Professor in the School for International Studies at Simon Fraser University.

"Movement-Driven Development provides an original theoretical framework for understanding how mobilization can advance social policy. An impeccable, multifaceted study of a uniquely successful movement of public health professionals in Brazil, it is a foundational contribution to the evolution of social movement and development theory. Scholars, policy-makers, and activists will all gain from Gibson's analysis."

"Christopher Gibson's new book is a substantive, theoretical, and methodological success. It offers new ideas concerning social movements and institutional change, and harnesses a rigorous comparison of four case studies to teach us about the role of Brazil's public health movement in improving social development outcomes."

"Movement-Driven Development is a huge contribution to the field of development, illustrating with impeccable empirical analysis that high levels of GDP, left-leaning political parties, women's political representation, and participatory institutions are not sufficient for robust social development."––Rebecca Tarlau, Mobilization

"Movement-Driven Development is a methodological masterpiece that would be an excellent book for a graduate class in political sociology, development, and research methods....[The] book draws important attention to differences in local level politics across large countries, the conditions for implementing progressive social programs, and ways in which committed activists change institutions instead of being corrupted by them."

"[Gibson's] fluently elucidated statistical analysis is...complimented by historical case studies...This book will be useful to a range of readers, from Brazilianists and social movement theorists to scholars of development and health policy."

"[Movement-Driven Development]... successfully addresses a much larger and critical question: how highly unequal societies can overcome, paternalistic domination geared to undermine social development and the provision of public services."