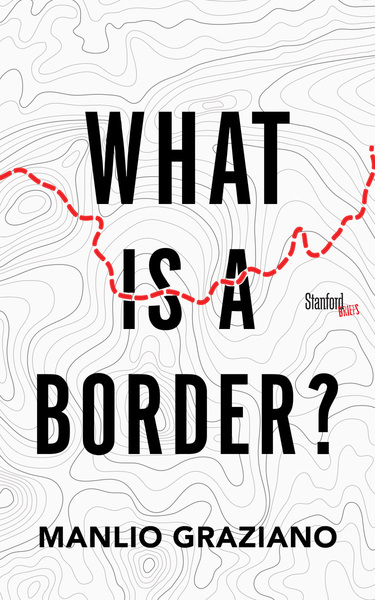 What Is a Border?
Manlio Graziano

The fall of the Berlin Wall, symbol of the bipolar order that emerged after World War II, seemed to inaugurate an age of ever fewer borders. The liberalization and integration of markets, the creation of vast free-trade zones, the birth of a new political and monetary union in Europe—all seemed to point in that direction. Only thirty years later, the tendency appears to be quite the opposite. Talk of a wall with Mexico is only one sign among many that boundaries and borders are being revisited, expanding in number, and being reintroduced where they had virtually been abolished. Is this an out-of-step, deceptive last gasp of national sovereignty or the victory of the weight of history over the power of place? The fact that borders have made a comeback, warns Manlio Graziano, in his analysis of the dangerous fault lines that have opened in the contemporary world, does not mean that they will resolve any problems. His geopolitical history and analysis of the phenomenon draws our attention to the ground shifting under our feet in the present and allows us to speculate on what might happen in the future.

Manlio Graziano teaches geopolitics and geopolitics of religion at the Sorbonne, the Geneva Institute of Geopolitical Studies, and La Sapienza University in Rome. His books include In Rome We Trust (Stanford, 2017).

"A great deal of discussion is had about borders without there being much understanding of what they are and where they came from. Manlio Graziano makes clear the role of borders as symptoms of growing disorder rather than as causes."

"This short book impressively synthesizes a vast range of knowledge about borders, both historical and geographical, into a coherent, accessible, and rigorous narrative. Providing a critical perspective on the so-called return of borders in the context of decades of globalizing tendencies, Graziano outlines the paradoxes of this 'return' while showing how and why globalization and the generation of borders are mutually implicated."

"What is a Border? serves as a useful primer that leaves us with the realization that there is much to learn if we are to create more satisfactory political and social groupings for today's world."