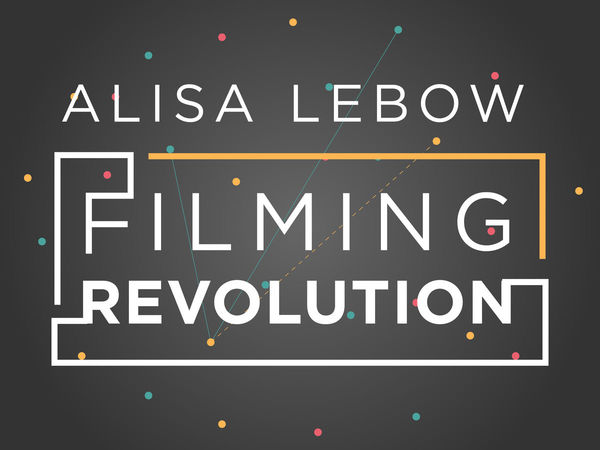 Winner of the 2020 Anne Friedberg Innovative Scholarship Award, sponsored by the Society for Cinema and Media Studies (SCMS).

Filming Revolution investigates documentary and independent filmmaking in Egypt since the Egyptian Revolution began in 2011. It brings together the collective wisdom and creative strategies of thirty filmmakers, artists, activists, and archivists who share their thoughts and experiences of filmmaking in those heady times. Rather than merely building an archive of video interviews, Alisa Lebow constructs a collaborative project, joining her interviewees in conversation to investigate questions about the evolving forms of political filmmaking.

The interviews can be explored via their connections to each other, across parameters such as themes, projects, or people. Each constellation of material allows users to engage in a curated conversation that creates a dialogue between filmmakers operating in the same space but who may not necessarily know of each other's work or ideas. Topics highlighted range from the role of activism in filming to the limits of representation or the impact of practical considerations of production and distribution.

The innovative constellatory design of Filming Revolution makes an aesthetic commentary about the experience of the revolution, its fragmented development, and its shifting meanings, thereby advancing arguments about political documentary via both content and form, simultaneously re-imagining formats of political documentary and scholarly communication.

Alisa Lebow is Professor of Screen Media at Sussex University.

"I can think of no other project where filmmakers as an aggregate probe the ways in which large scale political events are represented. The power of Filming Revolution lies in the fact that it operates exactly in accord with the argument advanced within it: open-ended and counter-monumental."

"A radical invitation to think and teach in new ways about politics, art, and scholarship, Filming Revolution charts a landscape of hope and despair that captures and critiques the fleeting possibilities of January 25."

"Filming Revolution is unrivaled as a resource for students, scholars, activists, and filmmakers. Dramatically digressing from the linearity of the written text, it compounds the web 2.0 capacities for which the Arab uprisings were so famous, enabling a freedom of engagement that contributes to the ethos that prompted the insurgencies."