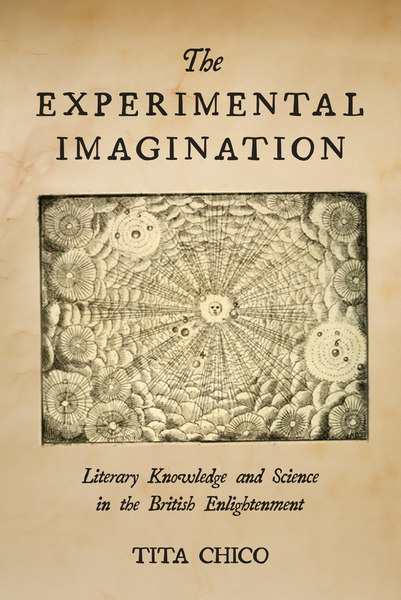 Challenging the "two cultures" debate, The Experimental Imagination tells the story of how literariness came to be distinguished from its epistemological sibling, science, as a source of truth about the natural and social worlds in the British Enlightenment. Tita Chico shows that early science relied on what she calls literary knowledge to present its experimental findings. More radically, she contends that science was made intellectually possible because its main discoveries and technologies could be articulated in literary terms. While early scientists deployed metaphor to describe the phenomena they defined and imagination to cast themselves as experimentalists, literary writers used scientific metaphors to make the case for the epistemological superiority of literary knowledge. Drawing on literature as well as literary language, tropes, and interpretive methods, literary knowledge challenges our dominant narrative of the scientific revolution as the sine qua non of epistemological innovation in the British Enlightenment. With its recourse to imagination as a more reliable source of truth than any empirical account, literary knowledge facilitates a redefinition of authority and evidence, as well as of the self and society, implicitly articulating the difference that would come to distinguish the arts and sciences.

Tita Chico is Associate Professor of English at the University of Maryland and the author of Designing Women (2005).

"Subtle, learned, and inventive at every turn, The Experimental Imagination is essential reading for anyone seeking to rethink the relationship between literature and science in the eighteenth century. The effort to join these histories is one of the great projects of our time. This book is the state of the art."

"The Experimental Imagination reveals the deep connections between and across the realms of literature and science. Tita Chico shows that literary modes enabled key developments in the new scientific practice, and, reciprocally, that the definition of art itself is based on a profound alliance between aesthetics and experimental philosophy. This is a fertile and important intervention in integrative thinking about the long eighteenth century."

"Starting from the elegant assertion that 'science is a literary trope,' Tita Chico offers illuminating, expert readings that fully vindicate her claims to make an original and important contribution to the evolving understanding of British Enlightenment culture."

"Tita Chico's The Experimental Imagination: Literary Knowledge and Science in the British Enlightenment does no less than offer a landmark contribution to both literary studies and the history of science and technology....Chico's study offers a timely, relevant, and consistently exciting set of arguments....The Experimental Imagination's theoretical and methodological lenses serve as a call to arms for scholars of these fields to perform more nuanced intersectional work that will productively explore how issues of race, gender, and power amplify, echo, and inform literary-scientific discourse in the later eighteenth- and early nineteenth centuries and beyond."

"Chico sketches out what she calls the "experimental imagination," a mixture of plot forms and rhetorical aesthetics, which underwrites the profound social and cultural transformations of the British Enlightenment. She traces the long, difficult disentanglement of objectivity from poetry and romance—or, really, the construction of objectivity as one creative mode of discourse among others."

"[The Experimental Imagination] offers up some rich, highly suggestive texts that confirm the idea that the literary imagination was integral to the development of early science."

"The Experimental Imagination constitutes a tremendous addition to scholarship regarding eighteenth-century British literature, science, intellectual history, aesthetics, gender, and Enlightenment as well as the intellectual functions of literature more generally. It usefully extends the archive of what constitutes and concerns scientific writing in the period."––J. Ereck Jarvis, Review of English Studies

"Chico powerfully models how literary texts are central to understanding the history of science despite the field's historical resistance to the literary....[Her] framework of affective epistemology opens new avenues for thinking about the unique role of feeling in histories of science."––Travis Chi Wing Lau, Eighteenth-Century Fiction

"This is an insightful and enviably disciplined book about a predisciplinary moment."

"The Experimental Imagination envisions an exciting way forward for literature scholars interested in the history and future of knowledge production....Chico's book is extraordinary, and not to be missed by anyone interested in early modern and Enlightenment literature, history, and natural philosophy."

"Tita Chico's learned and eloquent book leverages the superior status of literature over science in the Enlightenment by thinking about how literature made natural philosophical knowledge itself possible....Chico's deft recognition of the period's capacious understanding of something like literariness transforms what we think we know about literature and science."