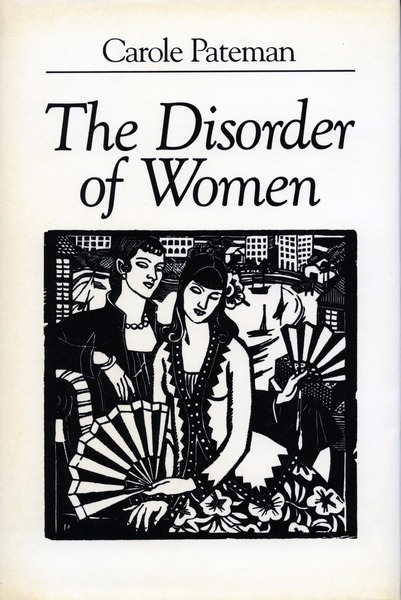 Winner of the 1989 Victoria Schuck Award, sponsored by the American Political Science Association.

Carole Pateman is one of the leading political theorists writing today. This wide-ranging volume brings together for the first time a selection of her work on democratic theory and feminist criticism of mainstream political theory.

The volume includes substantial discussions of problems of democracy, citizenship and the welfare state, including the largely unrecognized difficulties surrounding women's participation. The inclusion of essays from both a mainstream and feminist perspective provides concrete examples of the differences between these two approaches to democracy, to questions of consent and political obligation, and to the relationship between the private and public spheres.

This scholarly and highly challenging work will be of interest to students and researchers in political theory, political science, women's studies and sociology.

Carole Pateman is Reader in Government at the University of Sydney. She is the author of many works including The Sexual Contract.

More in Politics—Theory and Methods