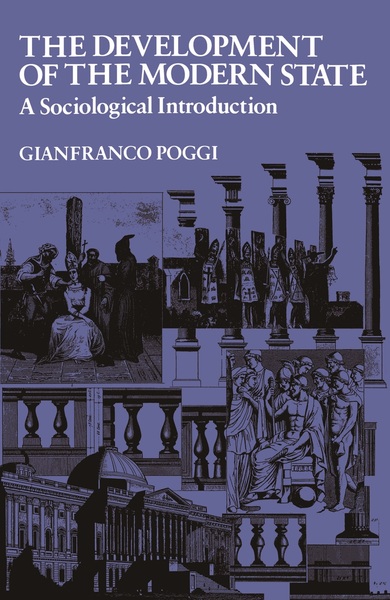 The Development of the Modern State
A Sociological Introduction
Gianfranco Poggi

The institutional features and the past and future role of the state should be a central concern of contemporary sociological and political theory, but until now they have been sadly neglected. Lately, in particular, the state's increasing involvement in the management of industrial and industrializing societies has made it even more important to understand its past development, its current activities, and the related trends in its structure and in its relation to the larger society.

As a contribution to this task, Gianfranco Poggi reviews the main phases in the institutional history of the modern state. Restating a typology elaborated, among others by Max Weber, he outlines first the feudal system of rule, then the late-medieval Ständestaat and the absolutist state. Next the book discusses the nineteenth-century constitutional state, seen as the most accomplished embodiment of the modern, Western state. Finally, it points out the major developments which have occurred since the end of the last century in the relationship between the state and society, and identifies the threat these pose to the persistence of Western political values.

Throughout, the discussion draws upon an impressive body of literature on the modern state (much of it not available in English) from the fields of history, law, and the social sciences.