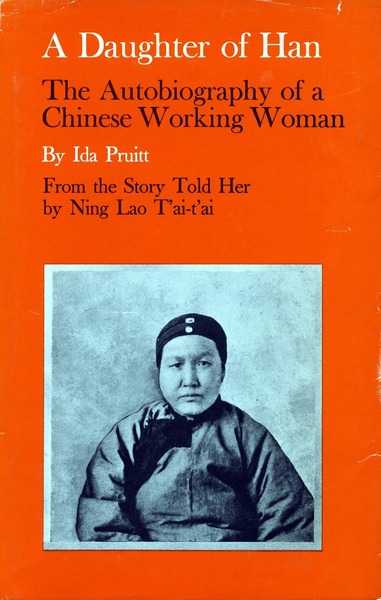 Within the common destiny is the individual destiny. So it is that through the telling of one Chinese peasant woman's life, a vivid vision of Chinese history and culture is illuminated. Over the course of two years, Ida Pruitt—a bicultural social worker, writer, and contributor to Sino-American understanding—visited with Ning Lao T'ai-ta'i, three times a week for breakfast. These meetings, originally intended to elucidate for Pruitt traditional Chinese family customs of which Lao T'ai-t'ai possessed some insight, became the foundation for an enduring friendship.

As Lao T'ai-t'ai described the cultural customs of her family, and of the broader community of which they were a part, she invoked episodes from her own personal history to illustrate these customs, until eventually the whole of her life lay open before her new confidante. Pruitt documented this story, casting light not only onto Lao T'ai-t'ai's own biography, but onto the character of life for the common man of China, writ large. The final product is a portrayal of China that is "vividly and humanly revealed."

Ida Pruitt was a social worker, interpreter, and speaker who worked to advance cultural understanding between China and the United States. She authored several books including A China Childhood, Old Madam Yin: A Memoir of Peking Life, 1926-1938, and Tales of Old China.