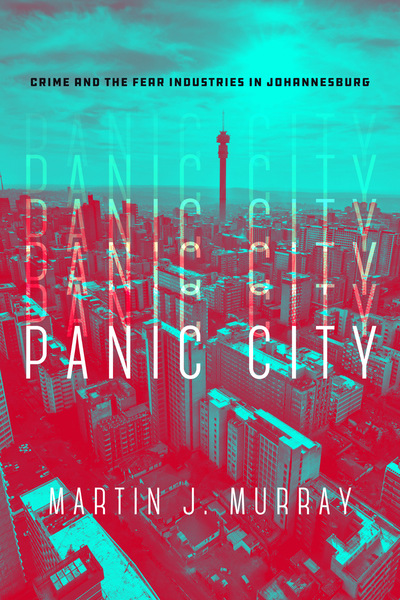 Despite the end of white minority rule and the transition to parliamentary democracy, Johannesburg remains haunted by its tortured history of racial segregation and burdened by enduring inequalities in income, opportunities for stable work, and access to decent housing. Under these circumstances, Johannesburg has become one of the most dangerous cities in the world, where the yawning gap between the 'haves' and 'have-nots' has fueled a turn toward redistribution through crime. While wealthy residents have retreated into heavily fortified gated communities and upscale security estates, the less affluent have sought refuge in retrofitting their private homes into safe houses, closing off public streets, and hiring the services of private security companies to protect their suburban neighborhoods. Panic City is an exploration of urban fear and its impact on the city's evolving siege architecture, the transformation of policing, and obsession with security that has fueled unprecedented private consumption of 'protection services.' Martin Murray analyzes the symbiotic relationship between public law enforcement agencies, private security companies, and neighborhood associations, wherein buyers and sellers of security have reinvented ways of maintaining outdated segregation practices that define the urban poor as suspects.

Martin J. Murray is Professor of Urban Planning at the Taubman College of Architecture and Urban Planning, University of Michigan.

"South African cities have long been exemplars of the damning effects of fear—and of its exploitation by urban designers and 'security' industries. Post-apartheid hopes of the 'Rainbow Nation' have often unraveled on the back of rampant insecurity and moral panics. In Martin J. Murray's superb book, we learn in forensic detail why and how this has happened. A brilliant and searing critique of the 'hardening' of cities into fortresses, and the mushrooming of a whole array of 'security' industries, this book is an absolute must-read for anyone concerned with our fast-urbanizing world."

—Stephen Graham, author of Vertical: The City from Satellites to Bunkers

"Panic City shows a grim picture of Johannesburg as paradigm for the 'urbanization of panic.' This very thorough and wide-ranging book focuses on the private security industry, which has become an inextricable part of the social fabric. A must-read for all those who want to know how the future policing of urban space in our dualized societies might look."

—Lieven De Cauter, author of The Capsular Civilization: On the City in the Age of Fear

"Panic City is an indispensable tool for anyone interested in the politics of crime in South Africa, particularly students, teachers and researchers on post-apartheid Johannesburg. Urban geographers and students of urban studies, environmental psychology, planning, architecture and urban design as well as politicians, policymakers and ordinary residents will find this book revealing and very telling about the ugly stereotypes and gangster proclivities of private security in the suburbs. The book provides its readers with a unique reference point, as well as a stimulus for further research."

"Dystopic, meticulously researched, and brilliantly written, Panic City: Crime and the Fear Industries of Johannesburg engages with a variety of disciplinary fields, including critical criminology, urban geography, bordering, and the sociology of punishment."