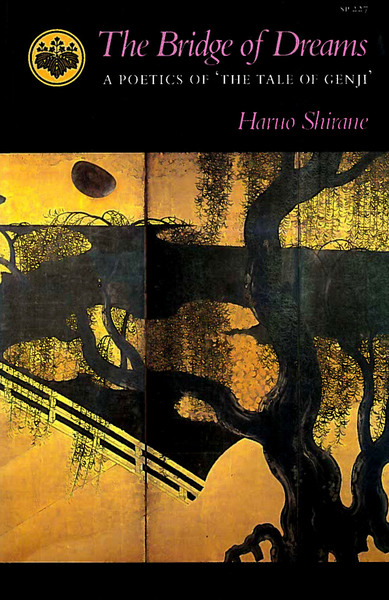 Winner of the 1993 Kadokawa Prize, sponsored by the Japan Association.

The Bridge of Dreams is a brilliant reading of The Tale of Genji that succeeds both as a sophisticated work of literary criticism and as an introduction this world masterpiece. Taking account of current literary theory and a long tradition of Japanese commentary, the author guides both the general reader and the specialist to a new appreciation of the structure and poetics of this complex and often seemingly baffling work.

The Tale of Genji, written in the early eleventh century by a court lady, Murasaki Shikibu, is Japan's most outstanding work of prose fiction. Though bearing a striking resemblance to the modern psychological novel, the Genji was not conceived and written as a single work and then published and distributed to a mass audience as novels are today. Instead, it was issued in limited installments, sequence by sequence, to an extremely circumscribed, aristocratic audience. This study discusses the growth and evolution of the Genji and the manner in which recurrent concerns—political, social, and religious—are developed, subverted, and otherwise transformed as the work evolves from one stage to another.

Throughout, the author analyzes the Genji in the context of those literary works and conventions that Murasaki explicitly or implicitly presupposed her contemporary audience to know, and reveals how the Genji works both within and against the larger literary and sociopolitical tradition.

The book contains a color frontispiece by a seventeenth-century artist and eight pages of black-and-white illustrations from a twelfth-century scroll. Two appendixes present an analysis of biographical and textual problems and a detailed index of principal characters.

Haruo Shirane is Assistant Professor in the Department of East Asian Languages and Cultures at Columbia University.