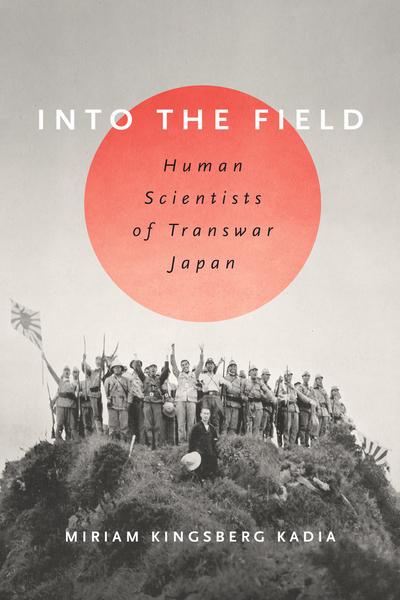 In the 1930s, a cohort of professional human scientists coalesced around a common and particular understanding of objectivity as the foundation of legitimate knowledge, and of fieldwork as the pathway to objectivity. Into the Field is the first collective biography of this cohort, evocatively described by one contemporary as the men of one age.

At the height of imperialism, the men of one age undertook field research in territories under Japanese rule in pursuit of "objective" information that would justify the subjugation of local peoples. After 1945, amid the defeat and dismantling of Japanese sovereignty and under the occupation and tutelage of the United States, they returned to the field to create narratives of human difference that supported the new national values of democracy, capitalism, and peace. The 1968 student movement challenged these values, resulting in an all-encompassing attack on objectivity itself. Nonetheless, the legacy of the men of one age lives on in the disciplines they developed and the beliefs they established about human diversity.

Miriam Kingsberg Kadia is Associate Professor of History at the University of Colorado Boulder. She is the author of Moral Nation, which won the Eugene M. Kayden Book Award in 2015.

"A very refreshing look at race, culture, and objectivity in modern Japan. This engaging book considers critical issues of the twentieth century: historical continuity, power and knowledge in the empires and the Cold War, and the politics of generations. Sophisticated yet lucidly written, it is accessible and highly stimulating for academics and non-academics alike."

"Kingsberg Kadia's important study allows a glimpse into Japan's postwar re-imagination of itself through the lens of American social science and through the study of its former empire. Her careful archival work exposes the negotiations of human scientists as they attempted to situate Japan in a global order promoting democracy and cosmopolitanism."

"Into the Field pays close attention to the interplay between ideas, institutions, and individuals, setting a high standard for the history of the social and human sciences."

"[Kingsberg Kadia] utilizes an impressive variety of sources, and the book shines where she inserts Japanese social science endeavors into a broader global context.Into the Fieldis an excellently researched, fascinating study."