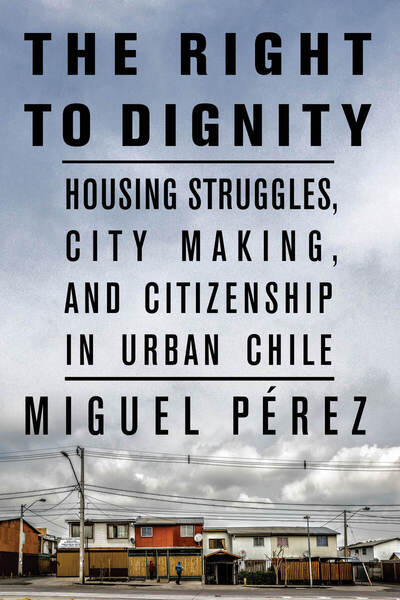 In the poorest neighborhoods of Santiago, Chile, low-income residents known as pobladores have long lived at the margins—and have long advocated for the right to housing as part of la vida digna (a life with dignity). From 2011 to 2015, anthropologist Miguel Pérez conducted fieldwork among the pobladores of Santiago, where the urban dwellers and activists he met were part of an emerging social movement that demanded dignified living conditions, the right to remain in their neighborhoods of origin, and, more broadly, recognition as citizens entitled to basic rights. This ethnographic account raises questions about state policies that conceptualize housing as a commodity rather than a right, and how poor urban dwellers seek recognition and articulate political agency against the backdrop of neoliberal policies.

By scrutinizing how Chilean pobladores constitute themselves as political subjects, this book reveals the mechanisms through which housing activists develop new imaginaries of citizenship in a country where the market has been the dominant force organizing social life for almost forty years. Pérez considers the limits and potentialities of urban movements, framed by poor people's involvement in subsidy-based programs, as well as the capacity of low-income residents to struggle against the commodification of rights by claiming the right to dignity: a demand based on a moral category that would ultimately become the driving force behind Chile's 2019 social uprising.

Miguel Pérez is Assistant Professor in the Department of Anthropology at Alberto Hurtado University (Chile) and Associate Researcher at the Center for Social Conflict and Cohesion Studies (Chile).

"This subtle and complex ethnography of urban citizenship in Chile analyses how poor city-dwellers forge their political subjectivity through collective struggles for dignity and rights to housing. Miguel Pérez deftly weaves ethnographic description and theory together with historical narrative, showing how these contemporary ethico-political projects are both shaped by neoliberal regimes of social rights and deeply grounded in past experience and intergenerational understandings of what it is to be a poblador. This profoundly important study comes at a time when Chile has become the focus of the latest wave of democratization in the region, and helps us understand how that has become possible."

"By focusing on dignity as a central claim of housing struggles in Chile, Miguel Pérez brilliantly demonstrates the emergence of new political subjectivities and a new political language. The moral claim of dignity opens up a new space of contestation that transforms the discourse of rights in the context of the dominance of neoliberal housing policies. Pérez's carefully crafted and cutting-edge analysis has global importance, as countries everywhere adopt these policies and as social movements have to reinvent themselves to articulate their claims in new forms."