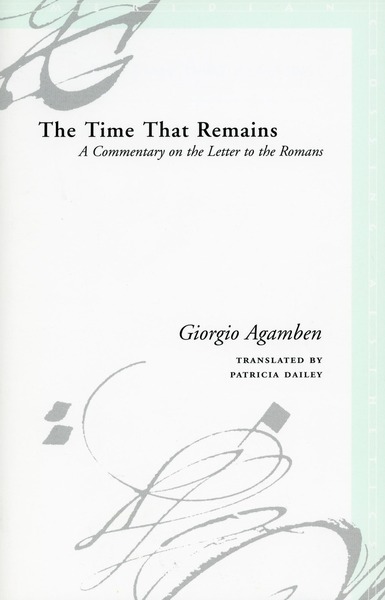 The Time That Remains
A Commentary on the Letter to the Romans
Giorgio Agamben, Translated by Patricia Dailey
SERIES: Meridian: Crossing Aesthetics

In The Time That Remains, Agamben seeks to separate the Pauline texts from the history of the Church that canonized them, thus revealing them to be "the fundamental messianic texts of the West." He argues that Paul's letters are concerned not with the foundation of a new religion but rather with the "messianic" abolition of Jewish law. Situating Paul's texts in the context of early Jewish messianism, this book is part of a growing set of recent critiques devoted to the period when Judaism and Christianity were not yet fully distinct, placing Paul in the context of what has been called "Judaeo-Christianity."

Agamben's philosophical exploration of the problem of messianism leads to the other major figure discussed in this book, Walter Benjamin. Advancing a claim without precedent in the vast literature on Benjamin, Agamben argues that Benjamin's philosophy of history constitutes a repetition and appropriation of Paul's concept of "remaining time." Through a close reading and comparison of Benjamin's "Theses on the Philosophy of History" and the Pauline Epistles, Agamben discerns a number of striking and unrecognized parallels between the two works.

Giorgio Agamben is Professor of Philosophy at the University of Venice. Stanford University Press has published five of his previous books: Homo Sacer (1998), Potentialities: Collected Essays in Philosophy (1999), The Man Without Content (1999), The End of the Poem (1999), and The Open (2004).

"The Time that Remains presents itself as an exegetical seminar on the opening line of the Letter to the Romans ("Paul, called as a slave of Jesus the Messiah, separated as apostle for the announcement of God")... Agamben's insightful close reading of the Pauline corpus sets this book apart from the more free-range grazing over the text modeled by Badiou and iek."

"Agamben, through the close reading of Pauline letter and the comparison of W. Benjamin's philosophy of history, gives us a fruitful key to better understand Western history and civilization. Philosophers and theologians will learn a great deal from reading this book." 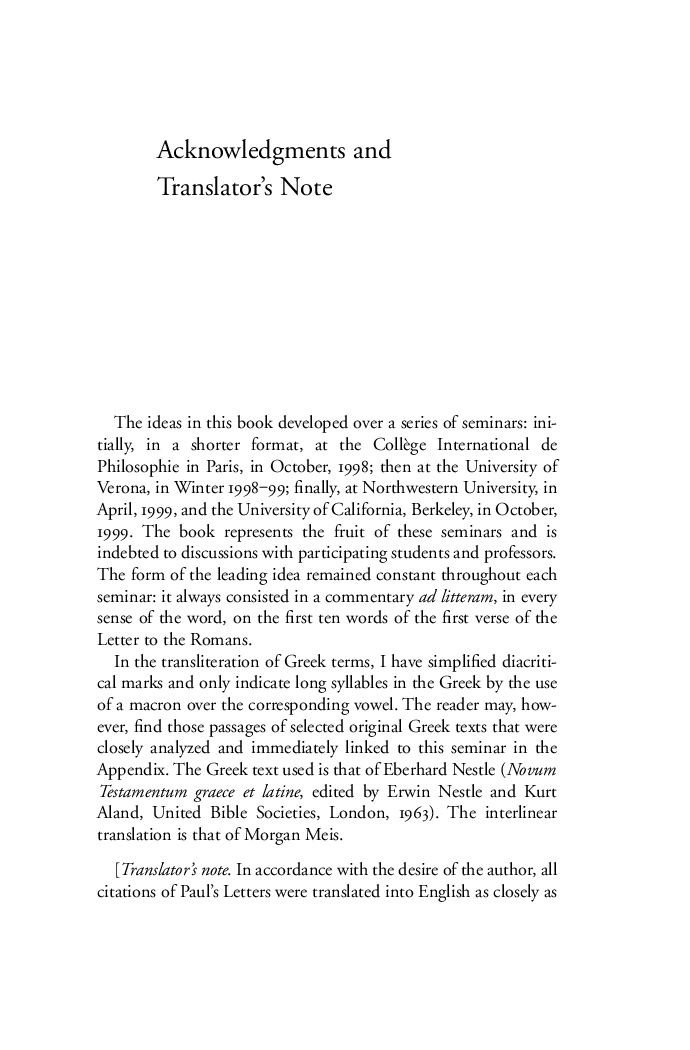 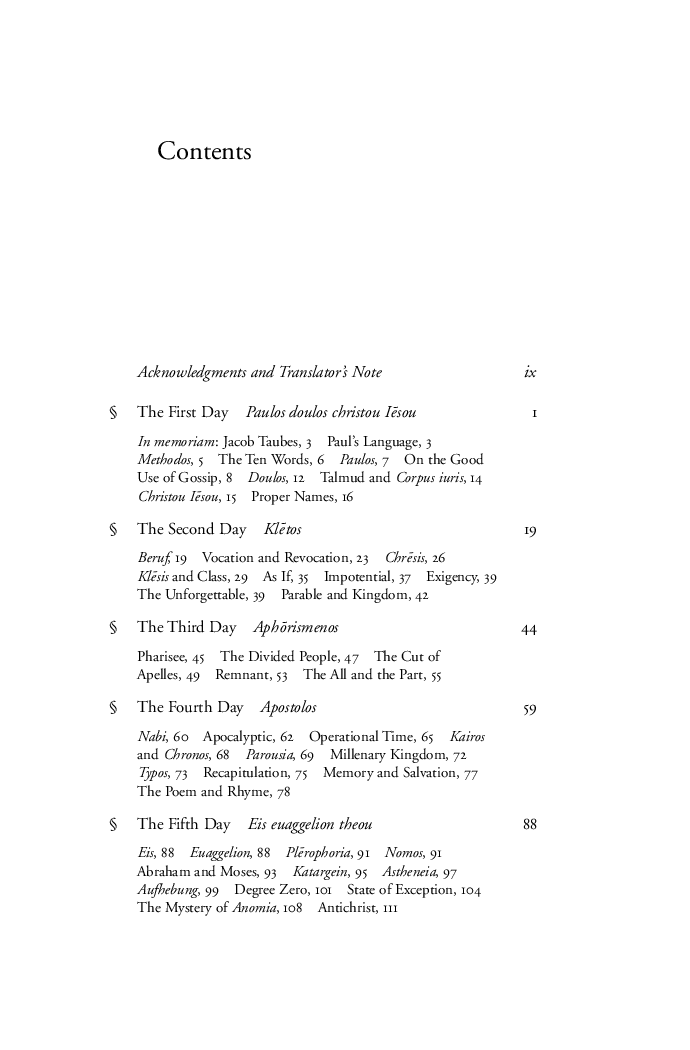