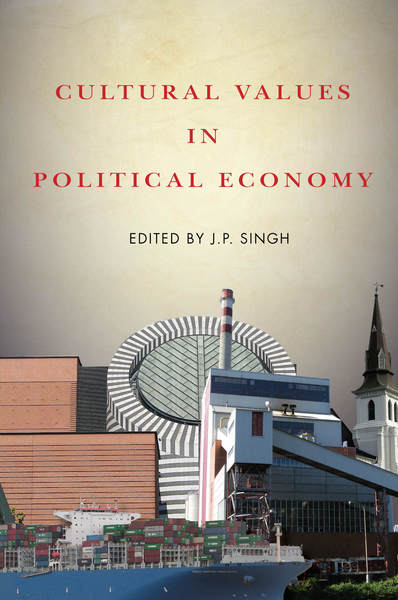 The backlash against globalization and the rise of cultural anxiety has led to considerable re-thinking among social scientists. This book provides multiple theoretical, historical, and methodological orientations to examine these issues. While addressing the rise of populism worldwide, the volume provides explanations that cover periods of both cultural turbulence and stability. Issues addressed include populism and cultural anxiety, class, religion, arts and cultural diversity, global environment norms, international trade, and soft power.

The interdisciplinary scholarship from well-known scholars questions the oft-made assumption in political economy that holds culture "constant," which in practice means marginalizing it in the explanation. The volume conceptualizes culture as a repertoire of values and alternatives. Locating human interests in underlying cultural values does not make political economy's strategic or instrumental calculations of interests redundant: the instrumental logic follows a social context and a distribution of cultural values, while locating forms of decision-making that may not be rational.

J.P. Singh is Professor of International Commerce and Policy at the Schar School of Policy and Government at George Mason University and author of Sweet Talk: Paternalism and Collective Action in North-South Trade Negotiations (Stanford, 2017).

"This book offers a multifaceted approach to problems of social order, inclusion, difference, value, and values. During a time when there is a tendency to simplify complex problems with reductive recipes, slogans, and tweets, Cultural Values in Political Economy is a timely contribution to reviving and rethinking our collective approach to political economy."

"Understanding the ever-changing relationship between culture, economy, and politics is among the herculean tasks of the social sciences. With Cultural Values in Political Economy, J.P. Singh has collected excellent essays by leading scholars that revisit this relationship in the context of 21st-century shifts."

"This masterful collection illuminates many of the all-important interfaces between culture and economy. Distinguished authors from diverse fields show how economies order cultural values, and how cultural change can reshape economic policies. These insights have never been more important than in these times when cultures and economies are being challenged."

"Topics include social class dynamics, religious values, cultural anxiety, the humanities and cultural diversity, the global environment and the green revolution, worldwide trade patterns, and the soft power of persuasion as employed by some countries to influence the policies of other nations.The latter is particularly salient in the conduct of relationships by major powers among developing nations in Africa, Asia, the Middle East, and South America, where international education agendas and the development of natural resources are frequently contested... Recommended."

"Understanding the relationship between culture, economy, and politics is an essential future task in the development of the social sciences, and the book edited by J. P. Singh is an important and timely contribution to this challenging research agenda."

The Future of Multilateralism and Global Governance

Global Table
'The soul' versus 'law and order'

The Hill
More in Politics—Political Economy